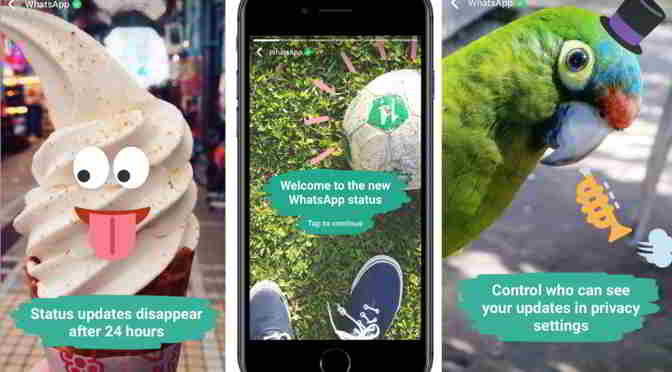 WhatsApp’s total 1.2 billion users, that equates to around 15 percent that uses the service in one form or the other every day. And it is more convenient to use the new Status “Stories” feature than starting a new network on Snapchat.

In this year starting, Instagram’s Stories feature overtook Snapchat’s user base with 200 million daily active users. Sanpchat’s share price is down more than 20% from their $27.09 high over the last 3 months.

The Status feature in WhatsApp was launched in late February. One reason is Snapchat’s app is poor on Android, Whereas WhatsApp and Facebook’s other apps focus on Android performance. Snapchat is smaller networks compared to the WhatsApp, Facebook, and Instagram.

According to the report of App Annie research shared with Bloomberg, that the Snapchat is don’t appear to be going anywhere -more than half of the users don’t visit Facebook daily, and nearly half don’t visit Instagram daily.