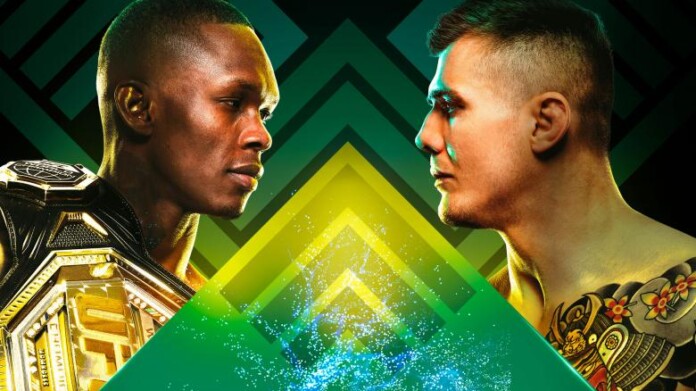 The UFC 263 is scheduled for this weekend, and fans could be in store for another exciting night full of jaw-dropping action. Featuring an absolutely stacked card headlined by superstar Israel Adesanya and his title bout against Marvin Vettori, UFC 263 should be a cracking event. This event is a must-watch for all MMA fans and even sports fans in general, and we are here to ensure that you don’t miss a strike, punch, or kick. Here we have all the information you need to watch UFC 263 from anywhere in the world without cable.

How to Watch UFC 263 in the US Without Cable?

If you would like to catch all the action from the eagerly awaited UFC 263 event and you live in the United States, worry not because we have all the information you will need to watch it live. The UFC 263 event will be streamed live online via ESPN+ as part of the partnership between the two companies. With UFC 263 being a pay-per-view event, you will have to pay extra money on top of your ESPN+ subscription to be able to watch it live online.

The cost structure introduced by ESPN+ for UFC fans is a complicated one, but here is all the information you need before making the purchase.

ESPN+ is the exclusive streaming partner of UFC. All UFC Pay-Per-View events are broadcasted only on ESPN+. To Purchase UFC PPV events, subscribe to ESPN+ today.

This offer is only for new ESPN+ subscribers. So if you are an existing ESPN+ customer, this offer will not be applicable for you. If you want, you can switch from a monthly ESPN+ subscription to a yearly one with the same deal as above. But if not, you will have to purchase UFC 263 for a fee of $69.99. And if you already have an existing yearly subscription to ESPN+, you will also have to pay $69.99 to purchase the UFCC 263 pay-per-view event.

Getting an ESPN+ subscription has many benefits. It not only allows you to stream UFC pay-per-view events and fight nights but also gives you access to many other major sporting events from throughout the world. You can watch sporting events like the German Bundesliga, Italian Serie A, NHL, boxing fights, and several others live on ESPN+. In addition, it also has a lot of on-demand content, including exclusive interviews, documentaries, podcasts, analysis, and studio shows.

The UFC 263 Prelims will be available to watch live on ESPN, ESPN+, and ESPN Deportes. While the Early Prelims can be watched live on the UFC Fight Pass and ESPN+. If you do not have an ESPN subscription, you can watch the Prelims and Early Prelims live on any of the many available streaming services.

One of those streaming services is fuboTV, which will give you unrestricted access to a ton of live sporting events for $64.99 a month. Another exciting option that you can use to watch the UFC 263 Prelims is Sling TV, which includes ESPN in its Orange and Orange + Blue bundles for $35/mo or $50/mo, respectively. There are many other options to choose from as well, including Hulu with Live TV and YouTube TV.

Where to Watch UFC 263 in the Other Countries?

The worldwide popularity of UFC and MMA means that UFC 263 will be broadcast in nearly every corner of the globe. Millions of people are set to tune in for what promises to be a very exciting event. Here we have all the information you need on how to watch UFC 263 live from select countries.

UFC 263 will take place in front of a capacity crowd of 18,000 supporters. The main event will see UFC superstar and middleweight champion Israel Adesanya take the fight against Marvin Vettori. The two faced off in a brutal and competitive match-up back in 2018, and if that is anything to go by, this weekend’s fight will be nothing short of spectacular.

The UFC Flyweight Championship will be defended in the co-main event, as Deiveson Figueiredo takes on Brandon Moreno. The two fought to a thrilling draw at UFC 256 in December. And this fight has all the ingredients to be a show-stealer.

Plus, there is also the return of UFC superstar and prized draw Nate Diaz. He will step into the ring for the first time since 2019 and will go up against England’s Leon Edwards. It will be interesting to see how he fares, especially considering the fight is at Welterweight and Edwards hasn’t lost for six years.

We will also see Welterweight Belal Muhammad go up against Demian Maia, while Jamahal Hill’s Light Heavyweight clash against Paul Craig rounds up the Main Card.

The UFC 263 card is stacked from top to bottom, with several mouth-watering clashes in store. Even the Prelims look set to be exciting, with several talented fighters in action. Here is the Full Card for UFC 263.