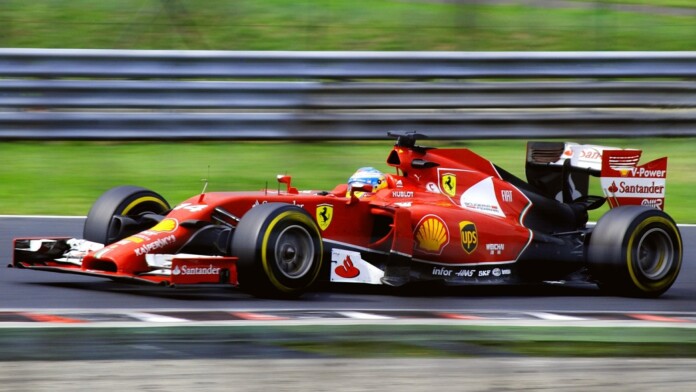 Formula 1 is finally back on the racetrack, and we are excited to start watching The Event online. Now that the F1 season is back, the first one on the list is the Austrian Grand Prix. We want to see all the events online, so let’s figure out how you can do that as well.

The Formula 1 championship was supposed to start back in March, but the events were halted due to the Coronavirus pandemic. We are now tentatively getting back into things as life has to move on, even during a pandemic.

Nonetheless, it is going to be a lot safer this time around since there will be no races with an audience, at the very least not right now. Of course, this will be a bit different from how things have taken place thus far, but at the same time, we do not live in the same world we did just four months ago go or half a year ago, and we need to be a lot more conscious about the risks we take if we do not respect social distancing and medical advice.

When and Where to Watch the 2020 Austrian Grand Prix?

Also known as the Formula 1 Rolex Grosser Preis von Österreich, The Austrian Grand Prix is scheduled to kick off on Sunday, July 5th, at 9 AM ET.

Starting with July 1st, however, you can also watch the qualifying and practice rounds if you want to take a look even deeper into what Formula 1 has to offer in terms of entertainment. You can enjoy all this content over on ESPN, which makes it super-easy to enjoy online.

Check the schedule below to see all rounds:

How Can I Live Stream the Austrian Grand Prix?

Nowadays, we find it easier than ever to watch TV online, mainly because we have so many live TV platforms and streaming services that are nothing but helpful in allowing us to watch whatever we want from wherever we may be. Since the Austrian Grand Prix is broadcast over on ESPN, watching the event online is fairly easy to do, and you can get away with using a platform like Hulu.

ESPN is part of the main bundle, but if you do want more content, you can add any of the available extra channel packs or the premium networks attached. A really cool thing about Hulu is that when you subscribe to the Live TV service, you also get to enjoy its On-Demand platform, so you have a lot more content to go through any time you want. Start your free trial on Hulu now! Also, Hulu has a lot of apps for your devices, including for IOS and Android smartphones and tablets, Apple TV, Android TV, Fire TV, Chromecast, Roku, and more. (Note: Hulu only works in the United States, so if you’re traveling abroad, you will need a VPN to watch any content. You can click here to get more details.)

Here’s how you can start your trial of Hulu:

Other Ways to Watch the 2020 Austrian Grand Prix Online

Sling TV – Sling TV is another option for those who want to watch TV online and have a hand in how their platform looks. That are three bundles available on this service, and the ESPN channels are part of two of them, namely Orange and Orange + Blue. Besides the difference regarding the channel combination and the monthly price, there is also one important difference: the number of simultaneous streams allowed on each account. For instance, Orange subscribers can only watch content on one device at a time, while Orange + Blue subscribers get four simultaneous streams. There are numerous channel packs that you can get, as well as plenty of premium networks and a la carte channels. You should definitely look into the Sports Extra pack if you’re looking for more content similar to the Formula 1 races. Get $10 off (first month only) on Sling TV Now!

YouTube TV – For those who are looking for ways to watch ESPN online, YouTube TV is also a good option. There is a single bundle of channels here, and you can definitely enjoy it since it features ESPN and dozens of other networks. There are no extra channel packs on YouTube TV, but there are quite a few premium networks you might be interested in. The perks offered to YouTube TV subscribers are quite notable, as users can enjoy unlimited cloud DVR storage space and the possibility to watch content on up to three devices simultaneously at no additional cost.

Watch the 2020 Austrian Grand Prix When Traveling Outside of the United States?

You should know that all the American live TV platforms and streaming services are geo-blocked. These services have to respect the licensing deals they signed, which clearly indicate they can only stream content within the United States. So the situation can become quite frustrating whenever you travel abroad, as you are suddenly unable to access most of the content you love. The problem, however, is rather easily fixed if you use a VPN to change your IP address so that you appear to be in the United States rather than anywhere else. VPNs have servers all over the world, and they allow you to route your connection through their servers – which, in turn, gets you a different IP address to match those specific locations. This will trick platforms into thinking you are in the chosen location instead of anywhere else in the world. We recommend ExpressVPN because it’s one of the best tools we tried, and it also features dozens of servers.

Here’s how you can use ExpressVPN to watch the Austrian Grand Prix:

Can I Watch the Austrian Grand Prix Live on the Network’s Website?

How Can I Watch the Austrian Grand Prix in Other Countries?

If you’re hoping to watch the Grand Prix in other countries, you should know that broadcasting rights have been bought worldwide. If you were going to watch locally with a foreign language commentary, you could also choose a local platform. Here are some of the TV networks that bought broadcasting rights for the Australian Grand Prix and the Formula 1 championship as a whole.