How to Watch the ‘2020 NFC Championship Game’ Online 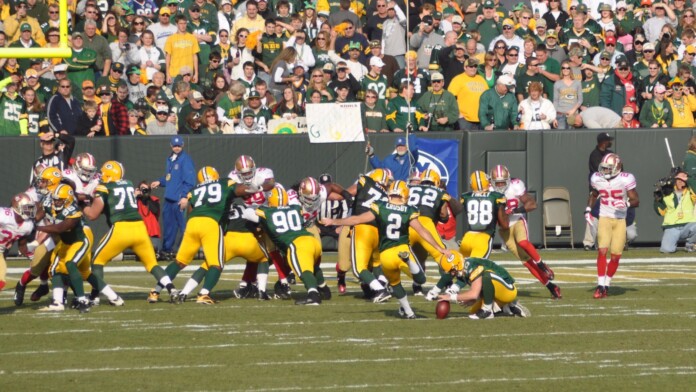 The National Football Conference Championship Game is always something that everyone is excited to watch because the winner ends up in the Super Bowl, and who doesn’t want to see who gets there? That being said, we can’t wait to watch the NFC Championship Game online, and we invite you to find the best way you can do this as well.

Last year’s NFC champion was the LA Rams, who unfortunately lost in front of the New England Patriots in the Super Bowl. Either way, the LA Rams managed to win the NFC Championship Game multiple times over the years, as they have played in four Super Bowls, winning one of them.

When and Where to Watch the NFC Championship Game?

The NFC Championship Game is scheduled to take place on January 19th, 2020. The game is going to start at 6:40 PM ET on Fox.

How Can I Live Stream the NFC Championship Game?

It has now become easier than ever to watch TV online because there are so many live TV platforms to help you achieve this. These services enable people to access a lot of content, including Fox, which is the network that is broadcasting the Championship Game. When it comes to watching the NFC Championship Game online, we suggest you had over for fuboTV, which is one of the great live TV services available. Start your 7-day free trial on fuboTV today! There is a single bundle of channels available here, and you can easily access it. It also features Fox, so you don’t have to worry about any extra channel packs unless you really want them. Talking of which, there are a bunch of packs available for those who want more content, as well as various premium networks.

There are a lot of great features that you will enjoy on fuboTV, including the fact that the fuboTV app works on pretty much any device you have at home, including iOS and Android phones and tablets, Apple TV, Android TV, Amazon Fire TV, Roku, Chromecast, and more. (Note: Fox is a channel that, even with live TV service, is only available in select markets. This means that, depending on where you live, you may not be able to access the channel. If this applies to you, then you should know that you can use a VPN to connect to a server located in a different city that is supposed to have access to Fox. You’re going to need to use a VPN, and you can click here to find out more about how you can do this quite easily.)

What you have to do to set up fuboTV so you can start your 7-day free trial:

Other Ways to Watch the NFC Championship Game

Hulu – We are going to mention Hulu next, which is a great service that comes with a single bundle of channels that you will enjoy a lot, especially since it features Fox. Besides the main bundle, it is possible to add a couple of channel packs and several premium networks to your subscription. Start your 7-day free trial on Hulu today! Your live TV subscription will also allow you to enjoy the video-on-demand library that Hulu has been building for many years now.

Sling TV – We also have Sling TV on our list, and it’s a highly customizable service that comes with a ton of channel packs. There are also three different bundles that you can choose from, namely Orange, Blue, and Orange + Blue. The catch is that the Fox Network is only available in the Blue and Orange + Blue bundles. Your choice also influences the number of devices you can watch content on, with Blue subscribers getting access to three simultaneous streams, and Orange + Blue subscribers getting access to four of them. Start your Sling TV subscription by saving 40% OFF the first month. There are a lot of channel packs that you can get for your account, as well as multiple premium networks.

What Can I Do to Watch the NFC Championship Game Outside of the United States?

When you are traveling outside of the United States, you should be aware that live TV platforms and streaming services will no longer allow you access because there are licensing deals in place that prevent them from doing so. While we understand this can be quite annoying, it’s something that’s perfectly regular and happens all the time. In fact, the problem can be solved relatively easy with the help of a VPN, which will help change your IP address in just a few seconds. We can recommend you use ExpressVPN, which is one of the best tools on the market, with thousands of servers across the world, and tight security and privacy features.

Here’s how you can sign up for ExpressVPN so you can watch the NFC Championship Game anywhere you may go:

Can I Watch the NFC Championship Game on the Fox Website?

That is something that you will be able to do because the Fox website comes with a live stream that you will easily be able to access. All you’re going to have to do is to log into an account by using credentials from your TV provider. The credentials can come from a live TV service or cable company. (Note: Both the Fox website and the app are geo-blocked, so if you’re going to travel outside of the United States, you’re going to need to use a VPN to access them all. Click here to learn what you have to do.)

Can I Watch the NFC Championship Game with a TV Antenna?

That is certainly something that you will be able to do because Fox is one of the channels that continue to broadcast over-the-air, so you will be able to access the content rather easily. TV antennas are popular with cord-cutters because they enable people to enjoy a ton of content for free, from dozens of TV networks.

We invite you to visit a site such as NoCable before you buy an antenna. The site will give you more information about the channels that are available over-the-air in your specific location, and how far the broadcast stations are. They should help you decide what range you need your device to have, so you can enjoy as many networks as possible. Make sure to check the devices we listed above, in case any of them has the features you need for your household.

How Can I Watch the NFC Championship Game With an NFL Game Pass?

NFL wants to make sure that people from all over the world can enjoy football, and they decided that one way they can do this is with the help of a subscription model that is available to citizens from all over the world. The NFL Game Pass comes with free subscription models, out of which only one of them will interest us. There are the free one and the Essential one, which costs $23.99 for a year, but they do not get access to live games, or the Super Bowl, or any content that you are most certainly hoping to see here. Therefore, your only option is to go for the Pro subscription, which costs $2 per week or $99.99 for the full year and includes access to over 250 games live, including the playoffs, the Super Bowl, and even NFL RedZone content. Of course, since the services available in countries from all over the world, the price will vary. Find out where the NFL Game Pass is available by clicking here.

How to Watch the NFC Championship Game in the UK, Canada, or Australia?

Watching the NFC Championship Game is also possible from other countries around the world, seeing as the NFL has signed broadcasting deals in numerous countries.

We cannot wait to hear back from you so you can tell us which platform you chose to watch the NFC Championship Game on, so please drop us a note in the comment section below the article and tell us all about it. You can also share the article with friends and family so they can find a cool new way to enjoy football as well. Follow TechNadu on Facebook and Twitter to get more tech news, guides, reviews, and interviews.