Some shows are meant to last forever and others are meant to only live for a few seasons. When we’re talking about police procedural shows, they clearly fit in the first department and NCIS is exactly one of those shows.

As the 17th season is closing into its premiere, we’re going to discuss how best to watch the show online. We have quite a few options available for you, but we’ll discuss those in a little while.

NCIS has gone through a lot of cast changes in the past seventeen years, and this time, we’re all eager to see whether or not Cote de Pablo, who played Ziva David between seasons 3 and 11, is back to stay for the whole 17th season. In fact, Ziva’s return has been one that many fans received with joy since she was a favorite. The problem was that in the seasons following her departure from the show, Ziva’s character was pronounced dead in a bombing, which led to her daughter, that no one knew about, being sent to her father, Toni DiNozzo (played by Michael Weatherly, who now plays the lead in Bull).

We thought she was gone forever. We were wrong. Ziva returns in the Season 17 premiere of #NCIS on Tuesday, September 24. pic.twitter.com/XEJb3V45uW

Season 16 ended with Ziva popping in Gibbs’ basement to warn him of people wanting to kill him. After an excruciating summer with people wondering whether Gibbs was imagining her or not, CBS released a video trailer that definitely points towards her being very much real and very much alive.

When and Where to Watch NCIS?

How Can I Live Stream NCIS?

Nowadays it’s easier than ever to watch TV online, especially since there are so many live TV platforms and streaming services to help you out. CBS, in particular, is a channel that is easy to view online. The most obvious solution is using CBS All Access, which is the network’s own streaming service. Start your 7-day free trial on CBS All Access now! The platform grants you access to the live stream and tons of on-demand content.

The platform gives you two subscription options – Limited Commercials and Commercial Free, with the names being pretty self-explanatory. The Limited Commercials one will cost you $5.99 per month or $59.99 per year, while Commercial Free costs $9.99 per month or $99.99 per year. CBS All Access comes with apps for Apple TV, Android TV, Google Chromecast, Fire TV, Samsung Smart TVs, Roku, iOS and Android smartphones and tablets, Xbox One, PlayStation 4, and it also works on Windows 10. (Note: CBS All Access is a platform that only works in the United States. If you ever find yourself traveling abroad, you’re going to need to use a VPN service to bypass the blockade. Click here to learn how to do this easily.)

Here’s everything you need to do to create an account and start your 7-day free trial on CBS All Access:

Other Ways to Watch NCIS

Amazon Prime – If you’re already an Amazon Prime subscriber or you’re thinking about getting one of these, you can also add CBS All Access to your plan and pay a single bill instead of two. Start your 30-day free trial on Amazon Prime!

fuboTV – Moving on to live TV platforms, we have to mention fuboTV, which is one of the best on the market. The platform features a single bundle of channels and CBS is part of the deal. You can start your 7-day free trial on fuboTV now! If you want more content, you can add a bunch of channel packs or premium networks.

PlayStation Vue – We also have PlayStation Vue on our list and it’s a great platform that allows users to watch content anywhere they go. People can also enjoy watching content on up to five devices at once and recording up to 500 programs to the cloud. CBS is part of all four bundles – Access, Core, Elite, and Ultra.

How Can I Watch NCIS When I’m Outside of the United States?

Live TV platforms and streaming services have one thing in common – they have to respect the contracts they have with TV networks. This means they can’t allow broadcasts to take place outside of the country, whether we’re talking about CBS All Access, PlayStation Vue, or fuboTV. The issue can be fixed quite easily with the help of a VPN which will change your IP address in a few seconds. We can only recommend ExpressVPN, which is one of the best on the market.

Here’s what you need to do bypass the geoblockade and watch Ziva’s return to NCIS:

The CBS website no longer hosts a live stream for you to watch content on. The live stream has been “sent” to CBS All Access and remain there under lock and key. Therefore, you won’t be able to watch the show like you do on other network websites by using your TV provider credentials. Therefore, your only options are using CBS All Access, fuboTV, or PlayStation Vue. (Note: CBS is a channel that is only available in select markets so if you live in a city that does not get CBS access, you can use the VPN to switch cities by connecting to a server in a different location. Click here to learn how to do this.)

Can I Watch NCIS with a TV Antenna?

Yes, that is something that you can do because CBS is one of the few channels that continue to broadcast over the air. So, you can use a simple TV antenna to watch TV for free, including CBS. Since these devices are quite popular, cord-cutters often use them to complement their live TV subscriptions.

We do suggest you visit a site like NoCable before making any purchases because it will give you more details on which channels are available over the air in your location, by looking at your zip code. It will also tell you where the broadcasting stations are so you can decide what range to look for in your device to get the best coverage. We’ve already given you a suggestion, which is a device that has some great reviews, but you can do your own research if you want to.

Can I Binge-Watch NCIS?

Yes, you most definitely can do that. You’ll find all NCIS seasons over on CBS All Access if you have a subscription, although a few episodes may even be available on the regular CBS website if you show up at the right time. Also, if you have a Netflix subscription, you can easily watch there.

Can I Purchase NCIS?

You most certainly can take this path too. You’ll find NCIS episodes on Google Play, YouTube, Amazon Prime, iTunes, and Microsoft Store, but you should check all the links because they may have better deals for the episode or season you want to purchase.

What do you think of Ziva’s return to NCIS? Drop us a note and tell us all about it in the comments section below the article. Share the article with friends and family and follow TechNadu on Facebook and Twitter for more tech news, guides, reviews, and interviews. 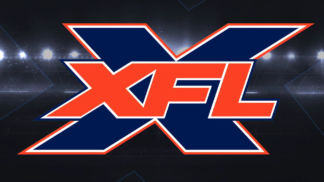