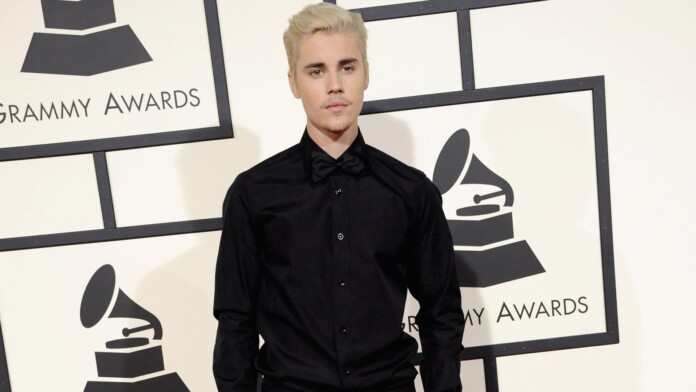 The Grammys are not that far from here, so we are getting excited to see who’s going to take home the awards and who’s going to perform on the show. Better yet, we intend to watch the Grammys online, and we invite you to join us so we can find the best way to do this.

The 62nd annual Grammy Awards will take place in January, and we already know who’s nominated for the awards. The artist with the most nominations is Lizzo, who can take home as much as eight awards. Billie Eilish and Lil Nas X come next with six nominations each. Ariana Grande, H.E.R., and Finneas O’Connell each have five. The list of nominees obviously includes more names, including Beyonce, Taylor Swift, The Chemical Brothers, Lady Gaga, Drake, Lana Del Rey, Dolly Parton, Miranda Lambert, and more. Check the full list of nominees on the Grammys’ website.

The show will be hosted by Alicia Keys, who also was the host of last year’s event. Aerosmith will get a special honor as the MusiCares Person of the Year.

When and Where to Watch the Grammys?

The Grammys are going to be broadcast by CBS on January 26th, 2020. The show will be broadcast live starting with 8 PM, although the Red Carpet coverage will kick off before that.

How Can I Live Stream the Grammys?

Watching content online is something we have all been doing for many years now, but watching TV is a somewhat newer concept because it’s something that we associate with the traditional manner that involves cable companies. Live TV platforms have been around for the past few years, and they help you enjoy TV in a much more travel-friendly manner. If you’re going to watch the Grammys online, we suggest you use CBS All Access because it’s the network’s own streaming service that will allow you to watch anything from their library, as well as a live stream. Start your CBS All Access subscription with a 7-day free trial!

There are two subscription options when it comes to CBS All Access, namely going for the Limited Commercials or Commercial Free plan. For the Limited Commercial plan, you will have to pay $5.99 per month or $59.99 per year, while the Commercial Free plan costs $9.99 per month or $99.99 per year. Both will get you access to the live stream that CBS has, as well as pretty much anything that’s available on-demand. The CBS All Access app works on pretty much any device you have at home, including iOS and Android phones and tablets, Apple TV, Android TV, Fire TV, Chromecast, Samsung Smart TVs, Roku, PlayStation 4, and Xbox One. (Note: CBS all Access is a platform that only works in the United States, so if you’re going to be traveling abroad, you’re going to need to use a VPN to unlock the content. Click here to find out how to use the VPN for the job.)

Here’s how you can set up your CBS All Access account so you can start your 7-day free trial:

Other Ways to Watch the Grammys Online

fuboTV – We have fuboTV on the list, and this is a great platform that only features one bundle of channels. CBS is present in this bundle, so you won’t have to add any extra channel packs unless you want to. Speaking of, there are multiple packs available, as well as various premium networks that you may want to check out. Start your 7-day free trial on fuboTV today!

Hulu – We also have Hulu on our list, which is a great service that you’ve been familiar with for many years now. There is a single bundle of channels available on the Hulu platform, but you can find CBS among the networks available there. Start your 7-day free trial on Hulu today! Your subscription can be enhanced by adding any of the available channel packs and premium networks, which is pretty great. You should know that your live TV subscription on Hulu includes access to the video-on-demand library, which is quite extensive on Hulu.

How Can I Watch the Grammys When Traveling Outside of the United States?

If you happen to be traveling right when the Grammys are airing and still want to access the show, you can still do that while abroad. First of all, you should know that live TV platforms and streaming services in the United States are geo-blocked, so you won’t be able to normally access them while traveling. This happens because there are licensing deals in place, and these companies need to respect them. However, you can use a VPN to change your IP address, so the site thinks you’re still in the United States.

If you don’t have a VPN, we can recommend you go with ExpressVPN, which is one of the best on the market, with thousands of servers all over the world, including dozens in the United States, and some really great privacy features that will keep your data safe.

Here’s how you can use a VPN to watch the Grammys online:

Can I Watch the Grammys on the CBS Website?

Unfortunately, this is not something that you will be able to do because CBS no longer carries a live stream on its website. In fact, the only way to access a CBS live stream is through the CBS All Access platform or through a live TV service, such as fuboTV or Hulu. (Note: When it comes to watching CBS through the live TV services, you need to be aware that the channel is only available in select markets. This means that if you live in an area where CBS is not available, you will not be able to access the channel. Thankfully, with live TV service, you can overcome this problem by using a VPN to connect to a server that’s located in a different city, where the channel is available. Click here to learn how you can use a VPN.)

Can I Watch the Grammys With a TV Antenna?

This is actually something that you will be able to do quite easily, considering CBS is one of the last few channels that still broadcast over-the-air. TV antennas are cheap to purchase, and they are quite popular because they enable people to watch dozens of TV channels for free.

Before you buy an antenna, we suggest you visit a site such as NoCable so you can check whether or not CBS is available in your area by providing your ZIP code. You will also be able to check how far the broadcast stations around you are, so you will figure out what range you need your device to have so you can enjoy as many networks as possible. Make sure to also check the devices we listed above, in case any of them have the features you need for your household.

Make sure to drop us a note in the comment section below the article, so you can tell us who you hope will win awards at this year’s Grammys. Share the article with friends and family, and follow TechNadu on Facebook and Twitter for more tech news, guides, reviews, and interviews.