How to Watch ‘Godmothered’ on Disney Plus? 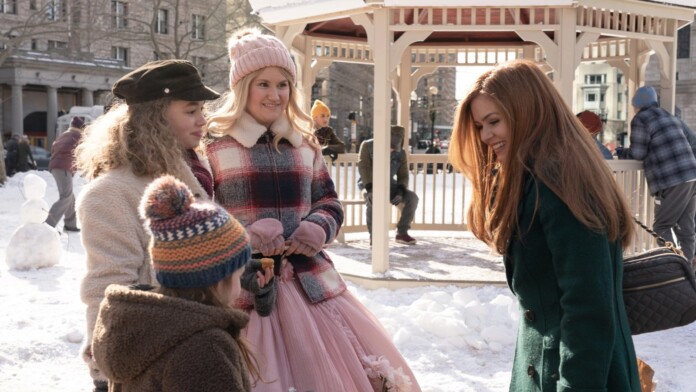 With Christmas just around the corner, Disney Plus is looking to make sure we're in the right frame of mind - magic, and snow. Godmothered will premiere soon, and we're quite eager to watch it.

Godmothered is a film that mixes in fantasy and comedy. It features Jillian Bell as the unskilled Fairy Godmother and Isla Fisher as the woman who needs some extra help from a Godmother. We also have Jane Curtin and Mary Elizabeth Ellis, Santiago Cabrera, June Squibb, and plenty of others.

The film follows the story of the magical world known as The Motherland, where a young fairy godmother-in-training discovers that her profession is in danger of ending. Determined to keep the magic alive, Eleanor tries to help a girl who once upon a time had her wishes ignored. Instead of a little girl, Eleanor finds a grown woman who is more than skeptical of the whole fairy godmother thing.

When and Where to Watch Godmothered?

Godmothered will premiere on Disney Plus on December 4th. New content is usually added around midnight on Disney Plus, so you don't have to wait for a specific time to stream it.

How Can I Watch Godmothered on Disney Plus?

If you're going to watch Godmothered on Disney Plus, you'll need a subscription with the service. For $6.99 per month or $69.99 per year, you can enjoy the service anytime you feel like it. You can also get the bundle that includes ESPN+ and Hulu for $12.99 per month.

Disney+ brings in a ton of cool content, including original shows and movies, lots of Walt Disney cartoons and movies from over the decades, Marvel, Star Wars, Pixar, and National Geographic content.

Disney Plus works on a ton of devices, including iOS and Android smartphones and tablets, Apple TV, Android TV, Fire TV, Chromecast, and plenty others. Basically, if you can read this article, you can watch Disney+.

Can I Watch Godmothered Elsewhere?

Sadly, Godmothered is an original Disney+ movie, so this is the only way you'll be able to watch it. The movie won't be added to other streaming services anytime soon. It also won't be available to purchase, given how other movies Disney Plus launched even a year ago are not available to buy.