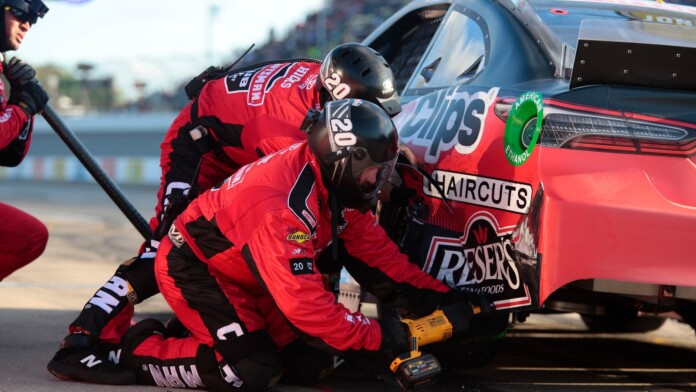 The FireKeepers Casino 400 has been taking place since 1969. While the event took the name after who’s sponsoring it, the race has always taken place at the Michigan International Speedway in Brooklyn, Michigan.

The event is contested over 400 miles or 200 laps. Joey Logano is the defending winner of the race, and we are excited to see whether he’s going to win this year as well. In total, he’s managed to win this particular race twice.

When and Where to Watch FireKeepers Casino 400?

Watching the FireKeepers Casino 400 online will not be too difficult because NBC Sports broadcasts the event. The race is scheduled for August 8th, and it will kick off at 4 PM.

The decision has been made that all events at the Michigan International Speedway will run without fans in attendance. Hence, the only way to keep up with FireKeepers Casino 400 is over the NBC Sports broadcast.

How Can I Live Stream FireKeepers Casino 400?

If you’re hoping to watch the FireKeepers Casino 400 online, you should know there are a few ways for you to do that. Live TV platforms and streaming services in the United States are quite helpful in getting you to enjoy any channels you want. One of our favorites is fuboTV, which has a single bundle of networks where you easily find NBC Sports.

On top of the main bundle, you can also add various channel packs and premium networks if you want more content. You will quickly notice that fuboTV features lots of sports channels, which is a given because it was initially a network dedicated to sports, before extending and including loads of entertainment channels as well.ell.

fuboTV comes with tons of apps you can download for your devices, including iOS and Android smartphones and tablets, Apple TV, Android TV, Fire TV, Chromecast, Roku, and more.

fuboTV is a service that only works in the United States, so if you’re planning on traveling abroad, you will need a VPN. You can click here to find out how you can make this work.

Other Ways to Watch the FireKeepers Casino 400 Online

As we already mentioned, there are multiple ways you can watch TV online these days, and we’re going to go over a few other options you have in front of you.

Hulu – Hulu is a pretty awesome service that features a single bundle of networks. You will find that NBC Sports is part of the main bundle, but if you do want more content, there are a couple of extra channel packs you can get.

One of the best parts about Hulu is that when you subscribe to the Live TV service, you also get access to the On-Demand library, which means you get to have fun with two platforms at once. Start your free trial on Hulu now!

Sling TV – Sling TV is another solid option for those who want to watch TV online, especially since it features a lot of customization options. There are three bundles available here, and NBC Sports is part of two of them, namely Blue and Orange + Blue. Each package has its channel combination and price.

That being said, you can further customize your subscription by choosing any of the available extra channel packs or premium networks since there are loads of those available. Get $10 off (first month only) on Sling TV Now!

How Can I Watch the FireKeepers Casino 400 When Traveling Outside of the United States?

If you’re going to travel outside of the United States, you need to learn more about the limitations imposed on live TV services or streaming platforms. We say this because services like the ones we’ve been talking about are all geo-blocked, so they cannot be accessed from abroad as easily. The only way to do this is to use a VPN, which can route your internet connection through its private servers and assign a new IP address to your device.

We recommend using ExpressVPN because it’s such a great tool, with thousands of servers all over the world and some great features thanks to the encryption protocols it deploys.

You simply have to subscribe to ExpressVPN (49% OFF) and set up the apps on your device. Find the server in the United States that you can connect to, and when that connection is established, you can load fuboTV and start watching the FireKeepers Casino 400 NASCAR race.