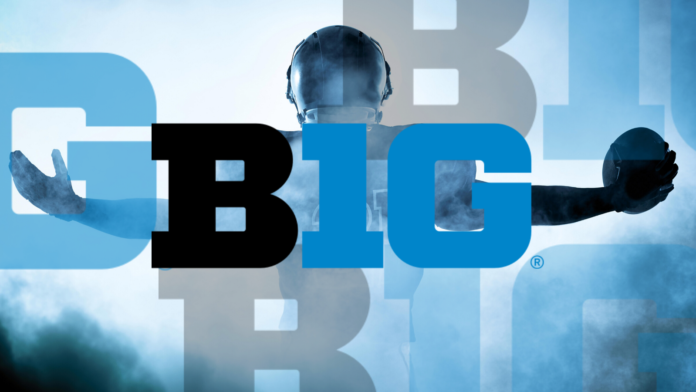 For the past few years, the Big Ten Conference has taken place from the beginning of August, and all through the end of the year. The College Football Championship is quite exciting to watch for fans of football, who hope to see the up and coming players.

The current champion is the Ohio State Buckeyes team, who actually won the Championship three times. So we’ll get to see if they’re going to take the trophy home for yet another year. As mentioned, only the Ohio State Buckeyes have been confirmed as part of the final game, as the game between the Wisconsin Badgers and the Minnesota Gophers is scheduled for November 30th, so it has yet to be decided.

When and Where to Watch the Big Ten Football Championship Game?

How Long Has the Big Ten Conference Been Around?

How Can I Live Stream the Big Ten Football Championship Game?

If you’re going to watch the Big Ten Championship Game online, then we suggest you use a live TV platform. These services are super easy to subscribe to, and you won’t have any issues in creating an account with fuboTV. This is a platform that was specifically built for sports lovers, with a ton of sports networks available, including Fox, Fox Sports, FS1, FS2, and more. Start your 7-day free trial on fuboTV today! There is a single bundle of channels available on fuboTV, but you can add more by picking any of the available channel packs.

Besides the channel packs, there are also a bunch of premium networks available that we are sure you will enjoy. fuboTV comes with apps for a wide range of devices, including Android TV, Apple TV, Amazon Fire TV, IOS and Android phones and tablets, Chromecast, Roku, and many others. (Note: Fox is a channel that broadcasts through local stations, so if you live in an area that somehow does not get access to the channel, you’re going to need to use a VPN to change your IP address so that you appear to be in a different city, where the channel is available. Click here to learn what you have to do.)

Here’s how you can start your 7-day free trial on fuboTV:

Other Ways to Watch the Big Ten Football Championship Game

Hulu – One of the best ways that you can watch the Big Ten Football Championship Game is by using Hulu, which is a service that will allow you to watch Fox quite easily. There’s a single bundle of channels available here, but it does feature Fox. Start your 7-day free trial on Hulu today! Besides the main bundle, you can also pick any of the available channel packs or premium networks. You should know that your live TV subscription also includes access to the video-on-demand library that Hulu has been building for years.

Sling TV – We also have Sling TV on a list, and it’s a great service that comes with three different bundles for you to check out. These are called Orange, Blue, and Orange + Blue, but Fox is only present in the latter two. If you’re going to go with the Blue bundle, you should know that you can only watch content on three devices at the same time, while the Orange + Blue bundle offers people the option of watching on up to four devices at the same time. Start your Sling TV subscription by saving 40% OFF the first month. You can customize your Sling TV subscription deeply by picking any of the available channel packs or premium networks.

How Can I Watch the Big Ten Football Championship Game Outside of the United States?

If you happen to be traveling right when the Championship Game for the Big Ten Conference takes place, then there is an option for you. Unfortunately, live TV platforms and streaming services are geo-blocked, so if you travel beyond US borders, you will be blocked from accessing them at all. This can be quite annoying, but it’s related to the licensing deals that these companies have. Therefore, the only way that you’re going to be able to watch the Big Ten Football Championship Game when traveling beyond US borders is by using a VPN to change your IP address so that you appear to be in the United States. We will recommend you use ExpressVPN because it’s one of the tools that comes with some really great features and thousands of servers across the world, including the United States.

Here’s how you can use the VPN to watch the Big Ten Football Championship Game when traveling abroad:

Can I Watch the Big Ten Football Championship Game on the Fox Website?

The Fox website carries a live stream that you can access rather easily. In order to do this, you’re going to need to use credentials from your TV provider, so you can log into your new account. The provider can be either a live TV service or a cable company. Fox also has an app that you can use for the same purpose. (Note: Both the Fox website and app are geo-blocked, so if you’re going to be traveling beyond US borders, you’re going to need to use a VPN in order to access the content. Click here to learn what you have to do.)

Can I Watch the Big Ten Football Championship Game With a TV Antenna?

This is actually one of your valid options, as long as Fox broadcasts in your specific area. TV antennas are super popular among cord-cutters because they enable people to watch a ton of content for free. They’re also quite cheap devices, so it’s easy to see why they are beloved.

Before you make any purchase, we invite you to check a site such as NoCable, where you can find out more about the channels that are available in your specific location, by checking out your ZIP code. The site we mentioned above will also tell you more about the other broadcast stations around you, and how far off they are, so you can figure out what range you need your device to have so you can enjoy as many networks as possible.

We cannot wait to hear back from you, so please drop us a note in the comment section below the article where you can tell us what has you excited about the Big Ten Football Championship Game. Share the article with friends and family so they can read it too and find a better way to enjoy TV, and follow TechNadu on Facebook and Twitter for more tech news, guides, reviews, and interviews.