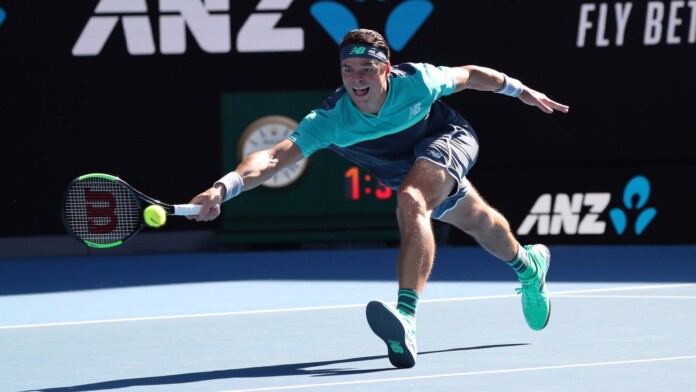 With the qualification stages already underway, the world is getting excited to watch the Australian Open 2020. We are planning to watch the matches of 2020 Australian Open online, and we think it’s a good idea if you would do the same, so come find out what’s the best platform to do this.

The biggest names in tennis are already competing against each other for a place in the Australian Open, while last year’s winners hope to get a chance to defend their titles and score big at the championship.

Last year, the men’s finalist was Novak Djokovic, while the women’s winner was Naomi Osaka. Things are a bit more difficult this year due to the bush fires across Australia that are making the air barely breathable and causing problems to an athlete. Many voices even called for the games to be postponed or canceled altogether, but that’s not something that’s going to happen.

When is 2020 Australian Open Taking Place?

The 2020 Australian Open is the first Grand Slam of the season, and it’s taking place starting with January 20th through February 2nd. The event takes place at the Melbourne Park and features events for professional players in singles, doubles, and mixed doubles. Over in the United States, the event is televised by two networks, namely the Tennis Channel and ESPN. Unfortunately, the show will only be available on ESPN3, which isn’t really featured by many companies, but there’s also the option of ESPN+, which already plans to stream most of the events.

What’s the Schedule for the Australian Open?

This year, the schedule for the Australian Open has already been decided, even though we don’t know yet who will be playing each round. All in all, here is the schedule as currently available.

How Can I Live Stream the Australian Open?

Watching the Australian Open online is something that has become rather easy in the past few years because there are so many live TV platforms that were created to help you out and give you more ways to consume content in the digital age. The best way that you can watch the Australian Open online is with the help of fuboTV, which is a great platform for those who particularly enjoy watching sports. There is a single bundle of channels here, but you will only find the Tennis Channel over in the Sports Plus or the fubo Extra packs, which will cost you a few extra dollars each month and both feature about a dozen networks. Start your 7-day free trial on fuboTV now!

There are many other customization options available on fuboTV, including to add numerous premium networks. There are a ton of apps for fuboTV, including for Apple TV, Android TV, Fire TV, iOS and Android phones and tablets, Roku, Chromecast, and more. (Note: fuboTV is a service that only works in the United States, so if you’re going to travel across the borders you will need to use a VPN to make things work. Click here to learn more about what you should do.)

Here’s how you can start your 7-day free trial on fuboTV now:

Other Ways to Watch the Australian Open

Sling TV – One platform that has a pretty cool format is Sling TV, which comes with three different bundles to choose from. ESPN networks, including ESPN3, are available in the Orange and Orange + Blue bundles. The differences between the bundles include price variation, channels, and the number of devices you can watch content simultaneously on. More specifically, Orange subscribers can only watch content on one device at a time, while Orange + Blue subscribers can watch and up to four devices simultaneously. Start your Sling TV subscription by saving money for the first month. There are a ton of channel packs available on Sling TV that you can add based on your preferences.

YouTube TV – Over on YouTube TV, you can enjoy watching the Tennis Channel rather easily. The platform also features some ESPN channels, but it does not have ESPN3. The service enables people to watch dozens of networks organized in a single bundle of channels, and there are no extra packs for you to add, so you will have to deal with the number they offer you. The only way to add more content to your subscription on YouTube TV is to get any of the available premium networks.

Tennis Channel Plus – The Tennis Channel has a streaming platform which you can subscribe to for $99.99 per year and gives you access to a ton of content, including the Australian Open, and more. The platform is available via Apple TV, Roku, Fire TV, iPad, and Android devices.

How Can I Watch the Australian Open Outside of the United States?

When you travel outside of the United States, you need to be aware of the fact that all live TV platforms and streaming services are geo-blocked, so you won’t be able to access them when you travel beyond the border. This happens because there are licensing deals in place that need to be respected, so they can’t freely allow streams to take place outside of the country. The problem can be fixed individually by using a VPN to change your IP address so that you appear to be in the United States.

We can recommend you use ExpressVPN, which is a great tool that has thousands of servers all over the world, including dozens in the United States.

Here’s how you can set up ExpressVPN so you can enjoy watching the Australian Open anywhere you may go:

Can I Watch the Australian Open on the Network’s Website?

This is something that you will be able to do, to some extent. The Tennis Channel, for instance, has a live stream that you can access once you log into an account by using credentials from your TV provider. ESPN free content can also be enjoyed through the ESPN website, but they don’t stream everything there, so it remains to be seen whether or not the Australian Open is available to watch in this manner.

For this to work, you will need to use credentials from your TV provider. (Note: One thing that needs to be on your mind is that all these live streams are only available in the United States, so if you happen to travel across the border during the Australian Open, you will need to use a VPN to gain access. Click here to learn what you should do.)

How to Watch the Australian Open in Australia, Canada, or the United Kingdom?