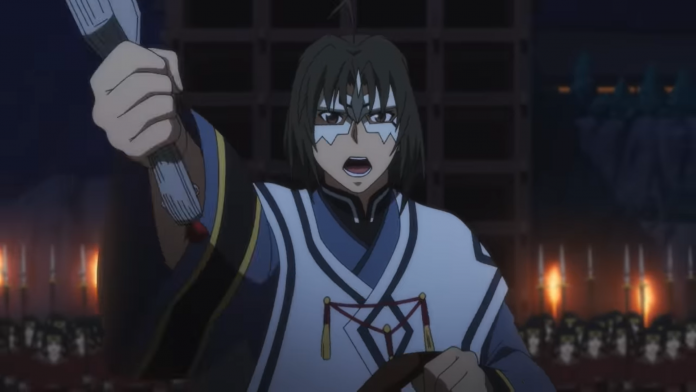 The official website for the upcoming Utawarerumono: Mask of Truth has shared some more info with fans. The series is slated to air this July, and the production team has shared a brand new trailer and key visual ahead of its release! In addition, the website also confirmed that the anime would air for 28 episodes, and its first two episodes will be aired together.

Utawarerumono: Mask of Truth unveiled a new trailer and a new key visual earlier today. The anime will reportedly have 28 episodes, with the first two episodes releasing on July 28, 2022. Studio WHITE FOX is animating the series. Check out the newly released key visual and more information below.

The main voice cast for Utawarerumono Mask of Truth includes:

The English language versions of the original Utawarerumono games are available on PC via Steam. Crunchyroll will stream the upcoming series this July, as it airs in Japan. The platform has also revealed that the series will be available in the territories of North America, Central America, South America, Europe, Africa, Oceania, the Middle East, and CIS. Check out the newly released trailer for Utawarerumono: Mask of Truth below:

Yamato descends into chaos following the death of the emperor. Oshutoru, the General of the Right, is a fugitive accused of poisoning Empress Anju. In a battle with his pursuers, he uses the full power of the Akuruka, fusing his body and soul with the world itself. Before he says goodbye, he entrusts Anju and Nekone's future to his friend Haku. Taking up Oshutoru's mask and identity, Haku abandons his old life. He tells everyone, except Nekone, who knows the truth, that he is Oshutoru. They escape to Ennakamui, where Anju begins to recover, and she rises up to reclaim her rightful place as Empress.

But Raikou, one of the Eight Pillar Generals, attempts to take advantage of the chaos and put a false empress on the throne. Yamato's armies soon march for Ennakamui to kill the true Empress.

The last chapter in the Utawarerumono Series! All the mysteries are about to be revealed...

Read Next: My Stepmom's Daughter Is My Ex New Trailer & Visual Out