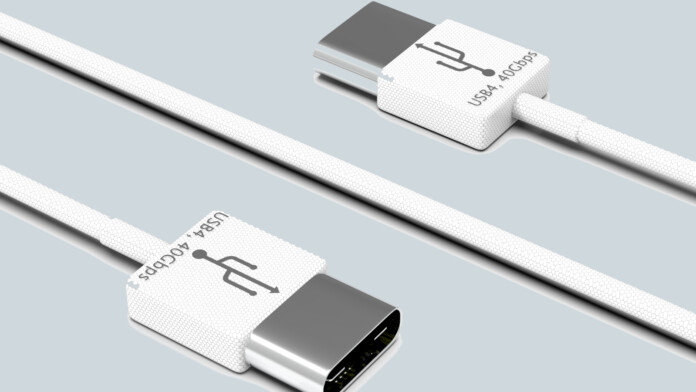 USB-IF (Implementers Forum) announced the specification of USB4, and this can only mean that we should expect the new standard of connectivity to arrive soon. More details about the new technology and when we’ll get to see the first products will be given away during the upcoming “USB Developer Days” in Seattle and Taipei, taking place on September 17-28 and November 19-20 respectively. However, there are some key characteristics of USB4 that have been published by USB-IF already, and they are very promising, to say the least.

First of all, backward-compatibility will be nothing to worry about. USB4 will be compatible with USB 2.0, USB 3.2, and Thunderbolt 3. Of course, one would need an adaptor for this as USB4 will use the USB-C connectors. Secondly, the data transfer speed of USB4 will go up to 40Gbps, which is twice of what the previous generation of 3.2 Gen 2×2 was topping at. This unprecedented speed will be achieved through the use of existing USB Type-C cables that are capable of supporting it. Thirdly, multiple data and display protocols will be included in the protocol, efficiently sharing the maximum aggregate bandwidth.

What this last part means is that with USB4, you will be able to connect a pair of 4K monitors on a single PC, or just use an external GPU to power such an arrangement. Things that were previously impossible due to data transfer bottlenecks are now becoming possible thanks to USB4. As for the power delivery through the new protocol, it will support up to 100 Watt. Xiaomi has recently demonstrated a charger that fills a 4000 mAh battery in just 17 minutes, so you can get the idea of where we’re going with USB4 power levels.

To be fair, USB4 is basically catching up with what Thunderbolt 3 was already capable of doing. The compatibility between the two has been made possible thanks to Intel’s decision to make their tech’s specs public. With that, the amazing benefits of this technology are becoming available to everyone through USB4. The question of when remains to be answered, but don’t expect widespread adoption before the first quarter of 2021. We reckon the first USB4 devices to hit the market by Q3 2020, and from there, many factors will determine the adoption rates, one being the high costs. On a side note, we are happy to leave those USB3 revisions naming confusion behind us, and hopefully, we won’t see it again in the future.

Are you excited by the fact that you’ll be able to transfer a 4K movie in a USB4 stick in less than 30 seconds? Let us know what you think in the comments down below, or share your excitement on our socials, on Facebook and Twitter.