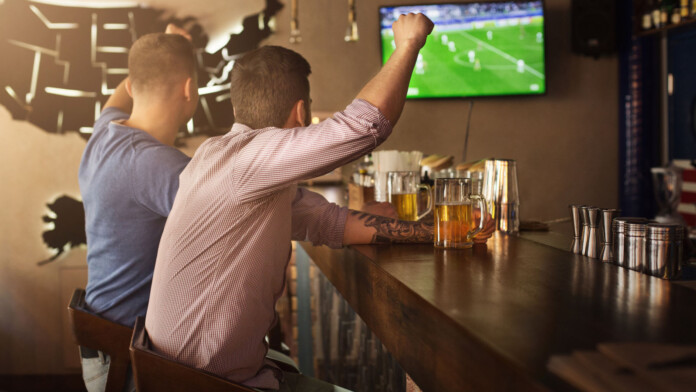 Fighting piracy is a multi-dimensional issue due to the elusiveness of the act, the galore of options that open up thanks to the various technological advancements, and the perseverance of a respectable number of people ready to go to great lengths to avoid paying for a subscription to a legitimate service. One solid way to confirm such cases is by physically presenting in high-risk locations such as pubs that show football matches - and this is precisely what an anti-piracy agency in the UK, ‘Serve Legal,’ is planning to do.

According to a job listing first spotted by Torrent Freak, the company is looking to employ part-time agents who will visit a list of pubs in various locations across the UK to make audits about what the pubs show on their TVs during certain football games. As ‘Serve Legal’ is contracted by broadcasters such as Sky, they can easily acquire a list of pubs that are not among the company's subscribers and shouldn’t have a legal way to show certain games. If they are confirmed to show the match, they must be using an IPTV box configured to draw broadcasts from an illegal pirate platform.

Back in March 2019, when three pirates behind an illegal IPTV service were sentenced to several years in prison, one of them admitted that it was stupid selling to pubs because agents of rightsholders are there all the time. So, this is nothing new, but the fact that it’s still going on suggests that some pub owners insist on refusing to pay Sky for a subscription.

The goal for the rightsholder isn’t to entrap the pub owners or launch legal action against them but to turn them into customers. For sure, catching someone red-handed lays the ground for coercion, and these pub owners can be easily pushed on the ropes after a snooper visits their premises. For context, Sky subscriptions for pubs have a rateable value, costing around $1,400 per month. In some cases, they reach up to $28,000 per year, so the costs for pub owners are far from negligible.

The 2021/2022 season of the ‘Premier League’ in the UK is set to start on August 13, 2021, so the need to protect broadcasting rights is imminent. In the same context, a blocking order for UK internet service providers has been extended for two more years last month by the High Court, obliging all ISPs to block IPTV sports streams at the moment they happen, or even proactively.