The new Moto Z2 Force smartphone leaks and its expectations 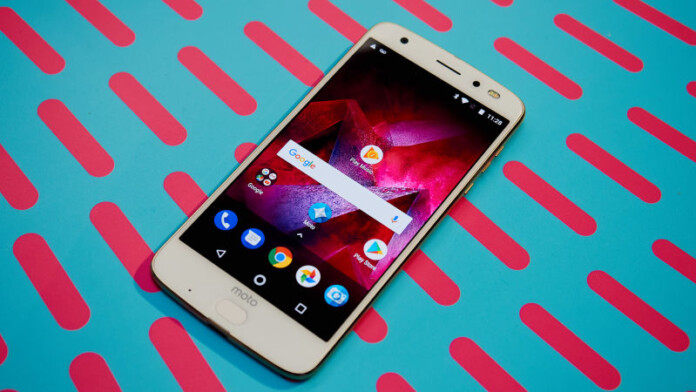 Lenovo owned Motorola released the new sibling of the Moto Z2 family named Moto Z2 Force on July 25. This brand has been subjected to several rumors and past few month leaks. But the image of Moto Z2 Force has leaked online which confirms the earlier rumors. The image is little similar to the previous Moto Z2 Play.

Moto Z2 Force has a dual camera setup at the rear. The device with two horizontally arranged lenses placed at the circular camera bump. The Moto logo is placed on the lower bezel. It sports a 5.5-inch AMOLED display dominates the front side with the ample and top-bottom bezel.

The home button is lozenge shaped and this button is one handed function. It includes a fingerprint scanner. Moto Z2 Play layout is similar to the new one, just the single camera is replaced with dual camera set-up. And a 16-pin modular connector at the bottom and the antenna is available on the frame. We confirmed one thing, that the internal battery size is slimmed down by 1mm because Moto Z2 Force size handset is slim.

According to the report, that Moto Z2 Force packs with a Qualcomm Snapdragon 835 SoC. It’s storage up to 6GB of RAM and 128GB of internal memory depending on the model, it expanded to some external micro-SD card. It runs on Android v.7.1.1, Nougat out of the box. This device backed by a 3000mAh battery set up. It has a dual-LED flash unit which is next to camera setup.

On the benchmark website, Moto Z2 Force scores around 168,000 points on AnTuTu.