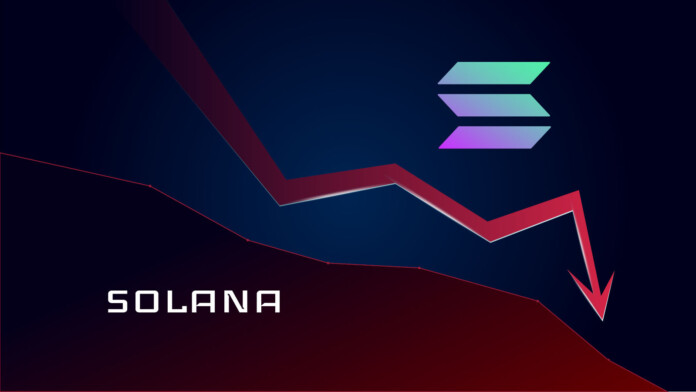 ‘Solana’, one of the cryptocurrencies that had the most explosive growth this year, has gone down for 17 consecutive hours due to a mass transactions event, seeing its reliability compromised and losing about 35% of its value in a couple of days that followed as a result. The team that supports the ledger attempted to restart the mainnet and distributed cluster restart instructions for the main validators. This deployed mitigations and fixes that would make the network more resilient. Before that process was complete, a DNS outage hit the project, and although the blockchain wasn’t impacted this time, some Solana domains and endpoints still remain out of reach.

As Solana Foundation explained yesterday, the overload and eventual crash of the ledger came from a sudden spike in activity caused by the introduction of ‘Grape’, a new social networking protocol. This move brought about 400,000 transactions per second on the network, which was way above what Solana could handle. The network quickly ran out of resources (memory), so no new transactions could be handled, while a notable number of nodes were forced to go offline.

The “pleasant” headache for Solana is that many see it as the “next Ethereum”, especially now that the latter is going to perform a change from mining to “proof of stake,” which has disappointed many in the community. Solana is one of the few cryptos that has already dived into the NFT craze, operates its own non-fungible tokens marketplace called Metaplex, and aims to make it interoperable with Ethereum’s network. That’s why large trading firms are so sincerely interested in building apps on top of Solana, trading tokenized securities on its network. Launches of such apps can obviously cause a sudden influx of transactions, so success comes at a cost.

When we’re talking about a cryptocurrency ledger, though, one cannot afford to have downtimes, not even for a moment, let alone 17 hours. This sends the message that Solana isn’t ready to become the next major thing in the field and feeds a value-dropping loop that makes the situation even worse. Sure, the number of transactions that took the network down was ridiculously large, but when bots attempt to grab tokens at launch, this can happen, so stress test models should have predicted the possibility.