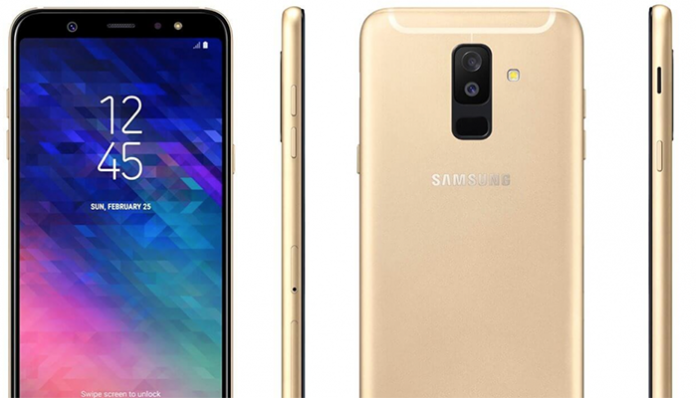 Samsung has become recognizable for its flagship S series in the previous years, especially after implementing bezel-less design and newest features into high-end specs. However, right after the S series, the next models in the line are Galaxy A series and today, Samsung is releasing its new Galaxy A6 and A6+ smartphones.

Both new models are using 18.5:9 display, also known as the “Infinity Display”. And even though A6 only has 720p resolution and 16MP camera, the colors are clear and vivid which is what you expect from Samsung. The second model, A6+ has a 1080p resolution display and 24MP camera. The A6+ model also has dual rear cameras in comparison to A6 which has only one. This dual camera design lets the users utilize Live Focus to change the depth of field and therefore control the “bokeh effect” of the image. Audio is also promising feature on the new phones which have a Dolby Atmos optimization for headphones. The speaker is side-mounted. As for other modern features, both phones have a fingerprint scanner, Samsung Pay, Bixby, App Pair for multitasking, Always-On Display and of course, Facial Recognition. The new Galaxy A models have a metal case on the back and will be shipped in 4 colors: black, lavender, gold, and blue.

Both Galaxy A6 and A6+ will be available in early May on European, Latin American and Asian markets. After that, they will be shipped globally to China, Africa, and South Korea. Android Police notes that the price still remains unknown and we can only wait for the release date to find out more details about this.

The forums of “Albion Online” have been breached by a hacker who accessed passwords and email addresses.The passwords are encrypted via Bcrypt,...
Read more
Malware