The REvil Group Now Threatens the President of the United States 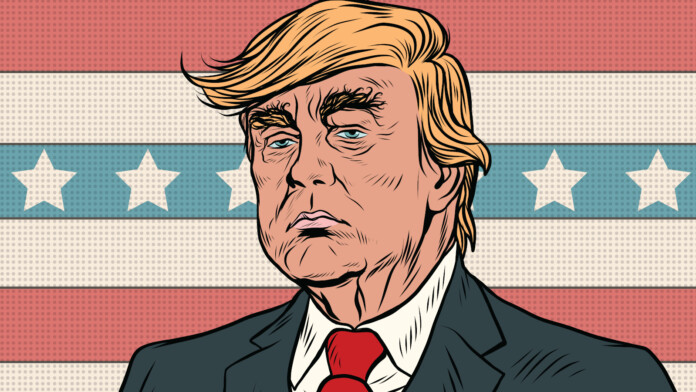 It was only a matter of time before a firm that held very revealing and extremely sensitive data would fall victim to a data breach. That time may have come courtesy of the REvil/Sodinokibi ransomware group. The case concerns the GSMLaw (Grubman Shire Meiselas & Sacks) ransomware attack that we covered last week. It started as a data-stealing event that seemingly affected several celebrities and artists. Although the implications were huge, the REvil group has returned with a lot more ground-shaking revelations about what they are holding in their hands.

According to their most recent statement, they have “dirty laundry” information about Donald Trump that would immediately cease him from the office term if it were to be published. For not doing so, the REvil gang is demanding a record-breaking payment of $42,000,000, which is double of what they had set for the first week. They leaked some of the celebrity data online, but GSMLaw wasn’t moved and didn’t pay anything. Thus, we are now entering phase two, with both the ransom and the extortion level doubling in size.

As the actors characteristically stated:

“The next person we’ll be publishing is Donald Trump. There’s an election going on, and we found a ton of dirty laundry on time. Mr. Trump, if you want to stay president, poke a sharp stick at the guys, otherwise, you may forget this ambition forever. And to you voters, we can let you know that after such a publication, you certainly don’t want to see him as president… The deadline (for the payment) is one week. Grubman, we will destroy your company down to the ground if we don’t see the money.”

Admittedly, no matter what happens from now on, GSMLaw’s stature has already been destroyed. They can’t do much, as paying the ransom won’t ensure that the actor won’t publish the data anyway. Not paying it is also an acrobatic maneuver, especially if they were holding unveiling information about the President of the United States. And finally, the chances of the law enforcement authorities managing to locate and arresting the REvil actors within a week are practically non-existent.

The law firm stated that they had made a substantial investment in state-of-the-art technology to secure its systems, but the REvil actors managed to break in nonetheless. Moreover, they clarified that the FBI had warned them that negotiating or paying the ransom would constitute a violation of federal criminal law, so they can’t do that even if they wanted to. So, there you have it. If you want to learn what it is that could cause D. Trump to tumble from the political peak, you’ll just have to wait for another week. Or maybe we never will, because someone will pay the ransom under the table, or because the actors are bluffing.