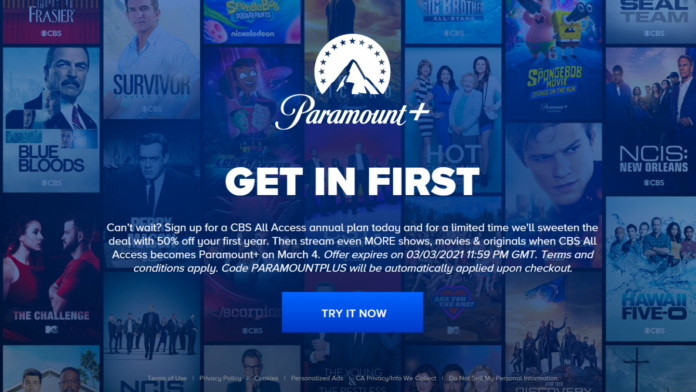 Ahead of the launch of Paramount Plus, CBS All Access subscribers have a chance to get the service for half the price if they subscribe for a full year!

According to banners currently running on the Paramount Plus website, you can get 50% off the annual plan if you subscribe to CBS All Access by March 3rd - a day before the service turns into Paramount Plus.

There's currently no indication that the price will change for Paramount Plus, at least not in the incipient phase. One thing is clear, however - this type of offer will only be available right now. While we're sure there will be some good offers on March 4th, it's unlikely that we'll get the same price cut.

Paramount Plus will keep everything that's in CBS All Access and add extra originals, as well as some 30,000 episodes and movies from BET, Comedy Central, MTV, Nickelodeon, and Smithsonian Channel. Of course, given the name of the service, expect lots of Paramount Pictures movies too.