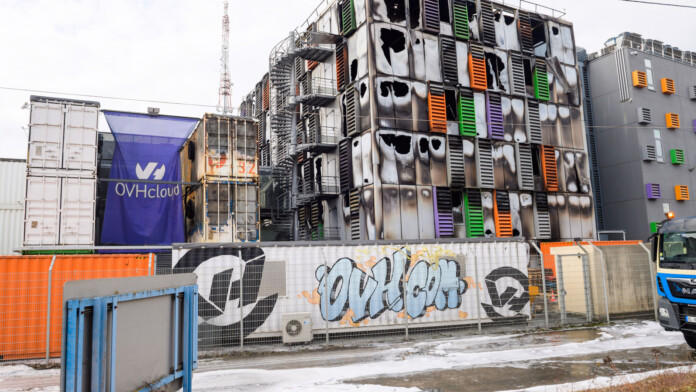 Cloud computing company OVH suffered from a large fire incident at its data center in Strasbourg, France. Everything inside was declared totally lost, including all the data that clients had trusted to store there. The incident took about 3.6 million websites offline, and even video game Rust announced that it had lost all player progress data from 25 servers as a result.

In the aftermath of what happened, OVH looked at the footage from 300 cameras right before the fire erupted, and what they saw made them believe it was actually a UPS that caused the damage. According to OVH founder and chairman Octave Klaba, who released a video explaining that the fire appears to have started on UPS7 and UPS8, one of those was actually serviced by a maintenance technician that morning.

UPS (uninterrupted power supply) is great for keeping things up and running if there is a power outage and keeping the electric feed stable. Still, as we are reminded once again from this incident, they can be a hazard too. You see, UPS boxes hold a high-capacity battery inside them, which is their core component really – and the bigger the battery, the more dangerous a fire can be.

While this isn’t a common occurrence, especially when choosing a reputable manufacturer, there have been numerous incidents of this kind. Even when they don’t catch fire, they can be subject to sulfuric acid leaks or damage a PC due to overvoltage issues.

We are not saying don’t use them, but you should be aware of the otherwise slim chances of facing serious trouble. Maintain them properly, replace their batteries with genuine parts when the time comes, calibrate them after servicing, and keep them in a place where they don’t overheat.

Back to OVH, the firm is not only dealing with the cost of the damage of the SBG2 data center but also the PR aspect of the incident. As Klaba explained, the particular data center was of an older generation, and they will rebuild it with new tech that is safer and a lot more reliable.

Their other data centers are already deploying newer tech, so their current and prospective clients have nothing to worry about. Finally, the man promised to have 10,000 new servers up and running by the end of April, keeping the service interruption at a minimum.