NYPD Uses Over 15,280 Cameras to Spy on People and Track Some of Them Persistently 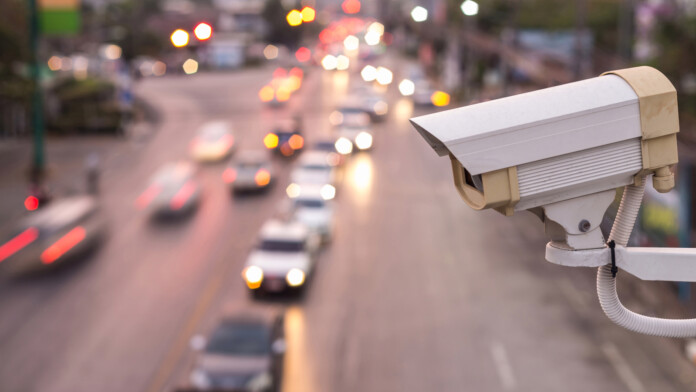 The New York Police Department (NYPD) reportedly uses over 15,280 surveillance cameras located around the city to get feed images and use an AI-based facial recognition system to identify people and track some of them persistently. The report comes from Amnesty International that shared it with TechNadu prior to publication. It is based on an investigation carried out by 5,500 volunteers who analyzed 38,831 city locations, tagged public and private cameras, and made correlations with police reports.

According to Amnesty's report, the most surveilled boroughs are Brooklyn, Bronx, and Manhattan, where the police deploy both private and public cameras to get image feeds for its facial recognition system. In numbers, there are 8,220 cameras in Brooklyn, 3,590 in Manhattan, and 3,470 in the Bronx.

This isn't random, of course, as these areas are home to Black and Hispanic people, which are historically suffering discrimination from the law enforcement authorities and much higher arrest and conviction rates than white people.

This sprawling network of cameras can be used by police for invasive facial recognition and risk turning New York into an Orwellian surveillance city. You are never anonymous. Whether you’re attending a protest, walking to a particular neighborhood, or even just grocery shopping - your face can be tracked by facial recognition technology using imagery from thousands of camera points across New York.

To make this worse, Amnesty International claims to have submitted numerous Freedom of Information Law (FOIL) requests to the NYPD, requesting the agency to share information about how facial recognition systems are used and at what scale. In all cases, these requests have been dismissed by the NYPD.

The non-governmental organization believes that the NYPD has used facial recognition technology in at least 22,000 cases since 2017, with 11,000 of them being in 2019 alone. Possibly, this was a time when every New Yorker's face was being recorded and stored in a massive database for reference and future identification if needed.

The NYPD’s issues with systemic racism and discrimination are well-documented – so, too, is the technology’s bias against women and people of color. Using FRT with images from thousands of cameras across the city risks amplifying racist policing, harassment of protesters, and could even lead to wrongful arrests. Facial recognition can and is being used by states to intentionally target certain individuals or groups of people based on characteristics, including ethnicity, race, and gender, without individualized reasonable suspicion of criminal wrongdoing.

The pressure on the New York City government from organizations that advocate human rights and privacy is mounting - and the plead on everyone's lips is a total ban of facial recognition technology in the city. There's a growing number of people who are deeply concerned about what is going on, and also an increasing number who realize that those traffic or security cameras pointing down at them wherever they may go aren't there for "just in case" situations.

The latest report from Amnesty International tolls the same bell and calls state senators and city councilors to take immediate action to outlaw the technology before New York City becomes a surveillance city that jumps right out of the darkest pages of an authoritarian book.