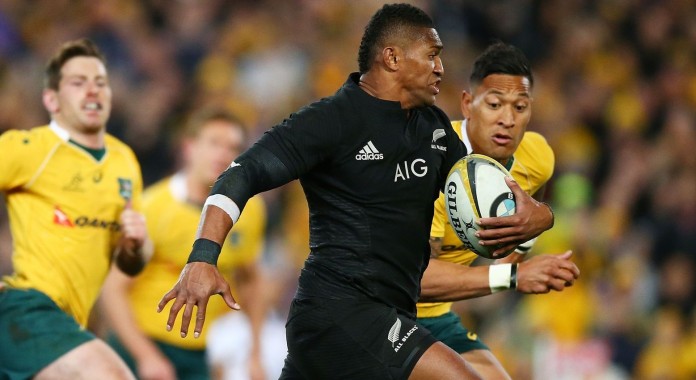 Two rugby giants collide on Thursday as Australia and New Zealand square off at the Marvel Stadium in Docklands. It should be a fascinating contest featuring some of the world's best rugby players, and we cannot wait to see which team comes out on top.

The Rugby Championship is not the only competition these two teams are competing in. Australia and New Zealand both annually vie for the Bledisloe Cup, and the two contests between them in the next two weeks will decide the winner of the historic title. The title was won by New Zealand's All Blacks last year, and Australia's Wallabies will be eager to wrestle the trophy back for the first time since 2002.

Australia have named a strong 36-man squad for the two Rugby Championship and Bledisloe Cup Tests against New Zealand, with Kurtley Beale returning after an injury layoff that saw him miss several months. Cadeyrn Neville is also back on the roster, while Rory Arnold misses out due to the impending birth of his child.

New Zealand have also made a few roster changes, with the shuffling of the pack involving the return of Hoskins Sotutu. The injured Shannon Frizell misses out for the All Blacks, who lead the Rugby Championship with ten points to their name.

The race for the 2022 Rugby Championship is too close to call at the moment, with all four teams having two wins and two defeats to their name. Australia, South Africa, and Argentina are all on nine points, with just four games left before this year's edition of the competition ends.

The Rugby Championship round five match-up between Australia and New Zealand will take place on Thursday, September 15, 2022, with the game underway at 05:45 ET. Here we will give you all the information you need on how to watch New Zealand v Australia live from anywhere in the world without the need for cable. Follow this guide for more information on the 2022 Rugby Championship and how to follow all the live action.

The Rugby Championship contest between Australia and New Zealand will air in several countries, but if you are traveling abroad or want to watch the action live in a country with no available broadcasting rights, you may need to find an alternative solution. Worry not, because we have you covered, as you can use a VPN to watch the Rugby Championship: New Zealand v Australia 2022 live stream online. A VPN will give you a virtual location, making it seem to your internet browser that you are accessing the live stream from a different location. This will help you bypass the geo-restrictions and unlock the live stream.

We recommend using ExpressVPN, as it is one of the most highly rated VPNs in the world. Used by millions of people daily, ExpressVPN works with most streaming platforms and offers secure connections to those browsing. You will also be able to take advantage of several amazing offers, such as the no-questions-asked money-back guarantee. So go ahead and try ExpressVPN for 30 days RISK-FREE.

If you would like to subscribe to ExpressVPN (49% Discount + 3 Months FREE), you have to go to its website, fill out the required details, pay the subscription fee and download the app. Then, turn on the VPN and select a virtual server from your home country. Once you open the live streaming service that has the broadcasting rights for the game, you will find that the geo-restrictions are gone, and you can easily access a live stream of the New Zealand v Australia clash.

Rugby is easily one of the most popular sports in the United Kingdom, and fans will eagerly track their rivals' progress ahead of the upcoming World Cup. The game between New Zealand and Australia will get underway at 10:45 BST for fans living in the UK, and you can watch all the action live on Sky Sports Main Event and Arena. You can also watch a live stream of the game on Sky's website and app. You can purchase a subscription to Sky Sports for £44 per month for your first 18 months if you have not subscribed to the platform before.

If you would like to watch the 2022 Rugby Championship while traveling abroad, we recommend that you use a working VPN. This is because otherwise, the live stream will be geo-blocked, but a UK-based virtual location will help you watch New Zealand v Australia easily while on the go.

Rugby Championship 2022: How to Watch New Zealand v Australia in the US Without Cable

Rugby fans in the United States can watch the New Zealand v Australia clash live on FloRugby. A subscription costs $29.99 per month or $150 per year, and you can watch every game from the Rugby Championship live on this platform. In fact, this streaming service has the rights to broadcast tons of events live every year. So this is a must-have for all rugby fans. Fans can tune in to the blockbuster contest between Australia and New Zealand live at 05:45 ET in the US.

Traveling away from the United States but want to watch New Zealand v Australia live? Make sure to use a fast VPN so you can bypass the geo-restrictions. Simply follow the instructions given above, and you can watch the Rugby Championship live without any issues.

The Rugby Championship contest between New Zealand and Australia will air live in Canada on TSN, with the game available on its TV channel, website, and app. You can watch tons of amazing sporting action live and on-demand on TSN by paying a subscription fee of just $19.99 per month or $199.90 per year. The game will start at 05:45 ET/ 04:45 CT/ 02:45 PT for fans in Canada, so make sure you set your alarms in advance to watch every minute of the action.

If you find yourself traveling away from Canada, you will need to use a reliable VPN to watch the Rugby Championship live on the go. Selecting a Canada-based virtual location will help you bypass the geo-blocked live stream, making it possible to watch New Zealand v Australia from anywhere in the world.

Australians are very passionate about Rugby, and fans can watch the fierce contest between New Zealand and Australia live on Stan Sports or the free-to-air Nine Network. You can purchase a subscription to Stan Sports for AU $19 per month, and new subscribers can get a 7-day free trial. There is great excitement in Australia ahead of the game between these two local rivals, and fans can watch the game live with the kick-off set for 19:45 AEST.

Want to watch the Rugby Championship while traveling abroad? Make sure that you use a secure VPN which will help you unblock the geo-blocked live stream. Follow the instructions given above and select an Australian virtual server to watch New Zealand v Australia on the go.

New Zealand are one of the strongest teams in the world of Rugby, and they have a very passionate fanbase. Fans looking to watch the contest between New Zealand and Australia can do so on New Zealand's Sky Sport network. The game will air live on cable TV and the Sky Go streaming service. You can purchase a subscription starting from $34.99, and you will be able to watch live sporting events all year long. The game will start at 21:45 for fans in New Zealand.

If you travel abroad, you must use a trustworthy VPN to watch the game live. The Sky Sport stream will only work in New Zealand, but a VPN will make it seem that you are browsing from the country and make it possible to watch the hotly anticipated and lively contest between New Zealand and Australia live.