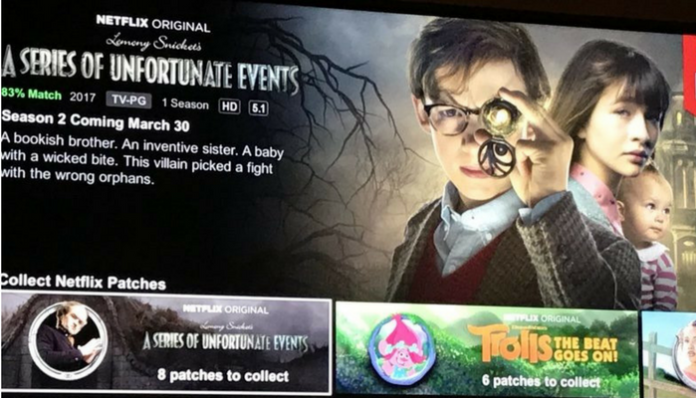 Netflix is currently testing a new feature that will reward “patches” for watching specific kid’s shows. This is an attempt on the part of the entertainment company to gamify the streaming experience for children, granting them incentives for watching the children’s programs the company has picked out.

According to Netflix, “We are testing a new feature on select kids titles that introduces collectible items for a more interactive experience, adding an element of fun and providing kids something to talk about and share around the titles they love.”

Currently, the test includes certain TV shows that are Netflix originals, and are peculiarly marked with a red colored open lock. A few of these titles include A Series of Unfortunate Events, Trollhunters, Trolls, Skylanders Academy, the Magic School Bus and some more. After indulging in these content, viewers will earn patches; however, as of now, these patches don’t offer any sort of extra convenience.

Now, there have been studies conducted on the entire aspect of gamification as an engagement model. The research concludes that the incentivizing process might lead to an initial increase in engagement, it will not reap long-lasting benefits.

The study was conducted by the University of South Australia and Université Toulouse in France, concluding, “The positive effect of gamification on engagement appeared to lessen over time. This result is not surprising, given that extrinsic rewards such as badges and points tend to wear off after a short period of novelty.”

Netflix is probably well aware of the fact. The company has added that the patches are simply a test and not a ‘new’ feature. This test will help them understand how to incorporate a gamification system into their streaming platform, and this patch system might not be a part of the end result.