“Moving Company” Scammers Are Going Rampant in the U.S 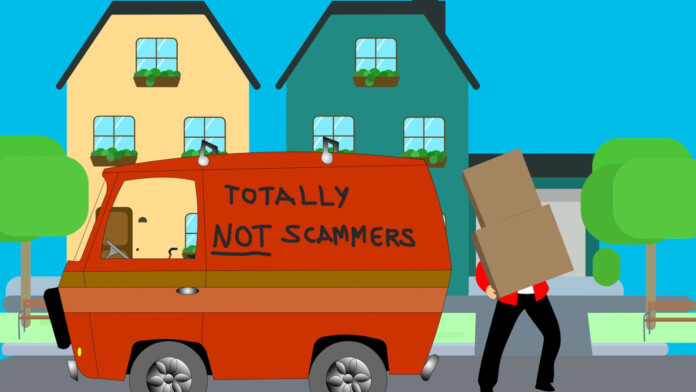 The COVID-19 pandemic has brought a lot of movement around the United States as a large number of workers lost their jobs, offices are getting shut down, people can work remotely from other cities (with cheaper rent), and firms are relocating. All of that has brought a significant rise in the need for moving services, and wherever there’s action, there are scammers.

A piece by Avast highlights the problem through a real story shared by a victim of these scammers, showcasing the diligence from the crooks’ side in the setting up of their schemes.

As one of the victims describes, she found the fraudulent company in Google Search results, checked and found great reviews on Maps and also the BBB (Better Business Bureau) portal, the website looked convincing. The sales agent was responsible, helpful, and kind. After paying a deposit of $1,000 to cover the ¼ of the agreed cost of the move, she waited for a call by the firm 24 hours before the move, as promised, but never got it.

When she called them, they didn’t pick up. After trying various numbers, one of the crooks told her that the movers would be coming the next day. The victim arranged the flight rescheduling and begged the apartment manager to stay another day, believing the scammers and not having any other option at that point.

The movers showed up the next day and told her she needed to actually pay $7,000 for the move, and not $4,000 as previously agreed because allegedly she had a lot of stuff. The victimized person paid another $200 on the spot and signed a contract to pay the rest of the amount soon and wait for her stuff in Boston, where she was moving from San Francisco.

After six weeks have passed, $7,200 paid to the crooks, no stuff having arrived in Boston, and nobody answering the phone on the moving company "offices," the victim called back to her California apartment manager and found out that her stuff was still there. Apparently, nobody ever attempted to move them.

A subsequent investigation revealed that the site the victim found was one of many using the same content and design, the reviews she read were fake, and the company names were all similar. This is a scam that’s getting very common during the pandemic, and it’s actually possible thanks to the government’s decision not to regulate the moving industry space and allow anyone to register without a license.

So these companies do exist, but they are spewing websites with different names, and never actually caring about doing the actual moving job.

One thing you can do to spot fake reviews is to look at the content, names, and post times. If everything was posted within a short period of time, by generic names, making similar comments, written in the same style, that’s a red flag.

To spot scam firms, look a the cost of their service first and foremost. If it's significantly lower than the average, you may want to look deeper into it and get more quotes. Finally, if the firm isn’t responsive after you’ve signed a contract or paid them, they’re likely scammers, and you shouldn’t pay them anything extra hoping to get things going. Instead, threaten them with legal action and report them to the police.