MotoGP 2022 Live Stream: How to Watch Grand Prix of Japan Online from Anywhere 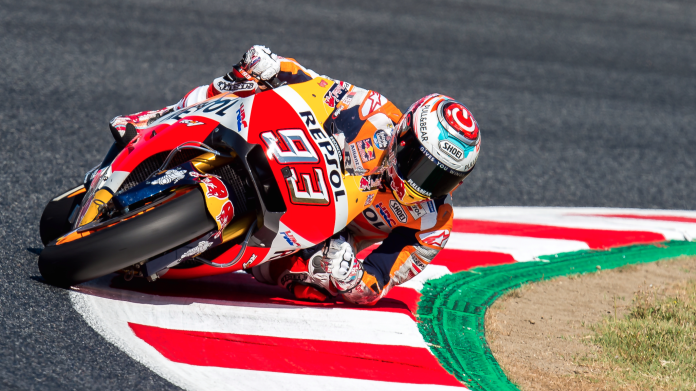 The 2022 MotoGP is reaching its climax, and we are getting ready for what should be another captivating race this weekend. The action heads to the Twin Ring Motegi for the Grand Prix of Japan, and we cannot wait to see how things unfold.

The 2022 MotoGP World Championship has seen some incredible and sublime moments over the last few months, with so many twists and turns happening in nearly every race. With just five races to go before the end of the season, every moment and every lap could have massive consequences. The race for the World Championship title looks set to go down the wire. Defending champion Fabio Quartararo holds the lead at the top of the standings, but only just. Francesco Bagnaia is now just ten points away and rapidly closing in. His second-place finish in Aragon has him in good stead to steal the top spot away in the coming races. Aprilia Racing rider Aleix Espargaró is also very much in contention. He is currently third in the standings, 17 points behind the Championship leader. Enea Bastianini came out on top in Aragon, and he will be aiming to disrupt the top three's hopes in the next few races.

We are set for a thrilling Grand Prix of Japan this weekend, so make sure not to miss out on any action from the race. The Grand Prix of Japan will take place on Sunday, September 25, 2022, but there is plenty of action coming up before that as well. One free practice session is scheduled for Friday, followed by two more free practice sessions on Saturday. That will be followed by the Qualifying session, which will get underway at 02:05 ET. The race will get underway at 02:00 ET on Sunday.

MotoGP races are broadcast worldwide, and you can find a live stream of the Grand Prix of Japan in most countries. However, you will need a little help if you travel abroad or live in a region where live access to the race is unavailable. Luckily, we have a great solution for you, and you can use a VPN to watch the MotoGP Grand Prix of Japan 2022 live stream online from anywhere. A VPN will help you unblock the geo-restricted live stream by giving you a virtual location, making it seem that you are accessing the live stream from a different country than you are in.

We recommend using ExpressVPN, as it is one of the world's most secure, reliable, and top-rated VPNs. Known for its high speed and thousands of virtual servers, ExpressVPN works with most streaming services without any issues. You can also take advantage of many amazing offers, such as the no-questions-asked money-back guarantee. So make sure that you try ExpressVPN for 30 days RISK-FREE.

If you would like to subscribe to ExpressVPN (49% Discount + 3 Months FREE), simply head over to its website, fill out all the necessary information, select your plan, pay the subscription fee and download the app on the device of your choice. Then select a VPN server from your home country and turn on the streaming service with the rights to broadcast MotoGP races in that region. You will discover that all the geo-restrictions have been bypassed, making it possible to watch a live stream of the MotoGP Grand Prix of Japan from anywhere in the world.

Racing fans in the United States can watch the MotoGP Grand Prix of Japan on CNBC, which broadcasts most races live in the country. You can get easy access to the channel live on cable TV. We have great solutions for you if you like to watch live sporting events on the go. The race starts at 02:00 ET for fans living in the US, so make sure to set your alarms.

If you want to watch the Grand Prix of Japan without cable, a great way to do so is on fuboTV. You can find hundreds of dedicated channels to watch live sporting events. CNBC is part of fuboTV's various packs, and you can watch MotoGP live on the go. If you are a new subscriber, you can also take advantage of the 7-day free trial on fuboTV.

Another reliable and affordable streaming service we recommend is Sling TV, which offers CNBC as part of its News Extra add-on pack. Getting this pack will cost you an extra $6 per month on top of the fees for your main pack. You can always find great offers on Sling TV, so do not forget to check them out before purchasing your subscription.

Last but not least is Hulu + Live TV, which only has one pack but dozens of premium channels, including CNBC. You can get Hulu + Live TV, Disney+, and ESPN+ for a combined subscription fee of just $69.99 per month, thanks to an amazing offer that is available for a limited period.

Traveling away from the US but do not want to miss the MotoGP race? Make sure to use a secure VPN to bypass the geo-restrictions and watch the action live. A VPN will give you US-based virtual locations, and all the above-mentioned streaming services will become available for you to watch the Grand Prix of Japan live on the go.

Fans in the UK can watch this weekend's Grand Prix of Japan and all other MotoGP races live on the BT Sport network. You can watch the race live on cable TV, as well as the BT Sport app and website. A great option would be to purchase the BT Sport sports pass, which costs £25 per month and gives you access to all the sporting events the network has to offer (including the UEFA Champions League, Europa League, and Bundesliga). Fans in the UK will have to wake up early, as the race will start at 07:00 BST.

Want to watch the race live on the go while traveling abroad? You will need a reliable VPN to unlock the geo-blocked live stream. Just follow the instructions mentioned above, and you will be able to watch the MotoGP Grand Prix of Japan seamlessly.

The MotoGP Grand Prix of Japan will air live in Canada on the REV TV platform, which can be easily found on most cable TV service providers. Canada-based racing fans can watch every MotoGP race live with this network. The race will start at 02:00 ET / 01:00 CT / 23:00 PT in Canada, so make sure to mark your calendars beforehand.

You will need a working VPN if you want to watch the MotoGP on the go while traveling abroad. Simply select a Canada-based server, and you will find that all the geo-restrictions have been bypassed, allowing you to watch the Grand Prix of Japan 2022 without any issues.

The Fox Sports network is the home of the MotoGP for those in Australia. You can also watch the Grand Prix of Japan on the go by purchasing a subscription to the Kayo Sports streaming service. This platform offers access to tons of sporting events, and you can get a subscription for just $25 per month. Moreover, there is a 14-day free trial offer for new subscribers for a limited period. The race will start at 16:00 AEST in Australia.

If you are traveling away from Australia during the race, all you need to do is use a fast VPN to watch the MotoGP race live. Using a VPN is a great way to watch the Grand Prix of Japan on the Kayo streaming service live from anywhere in the world.