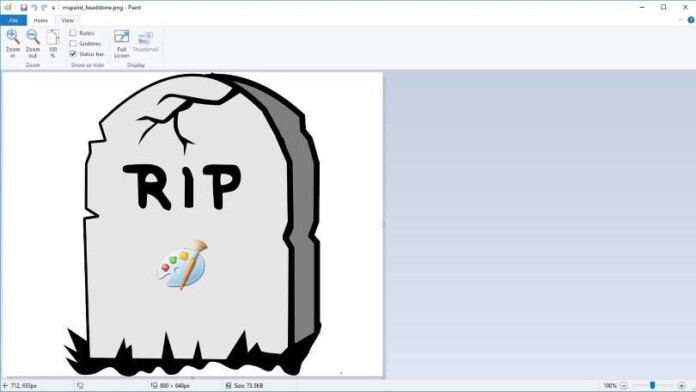 Microsoft Paint program was released on the first version of Window 1.0 in 1985. It is the first graphics editors in Windows world. Initially, it is a 1-bit monochrome licensed version of ZSoft’s PC Paintbrush then the paint could save in JPEG image. Well, Window 10 has a new 3D paint program and feature with 3D image making tools as well as some basic 2D image editing.

Surely, the above updates won’t match with the original paint. Microsoft says “The following features and functionalities in the Windows 10 Fall Creators Update are either removed from the product in the current release (‘Removed’) or are not in active development and might be removed in future releases (‘Deprecated’),”.

In the month of April, Windows 10 creators update introduced the 3D Paint program. This feature will be helpful to sketch in 3D and also designing apps or games in future.

The paint program is one of all time favorite and necessary one. The company said, “the list is subject to change and may not include every deprecated feature or functionality”.