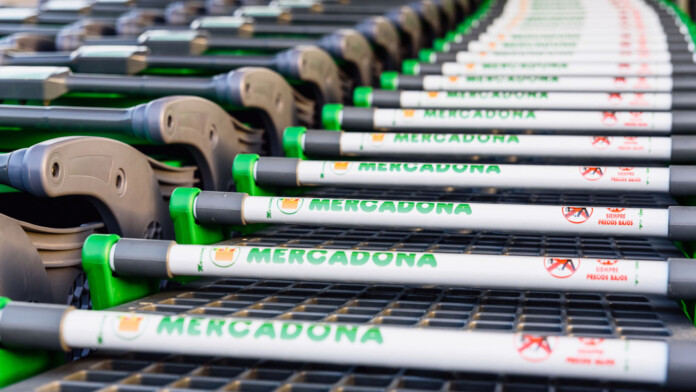 The Spanish data protection regulator has launched an investigation on the ‘Mercadona’ supermarket chain, which has apparently decided to deploy AI-powered facial recognition systems in 40 of its stores in Valencia, Zaragoza, and Mallorca. The particular chain of retail markets operates 1,636 stores in Spain and Portugal and ranked 9th in the Forbes 2009 list of the world’s most reputable companies.

Moreover, Mercadona employs 85,800 people and serves millions of customers every month. All of these people are European citizens and are protected from the provisions of the GDPR, so putting them against AI-based facial recognition systems doesn’t sound very compliant.

The supermarket chain announced that its systems are meant to help them recognize customers who have active restraining orders and/or criminal sentences. Mercadona calls this the “early detection system,” and it supposedly targets the categories of people mentioned above exclusively.

The goal is to prevent petty thieves and troublemakers from entering the market, so all other data and video footage are allegedly deleted after 0.3 seconds. The company claims that their system works “on the fly,” and so they maintain that there’s no GDPR breach.

Following the announcement and the media reports, the Spanish Data Protection Agency has launched an official investigation on how exactly Mercadona’s tech works. Typically, even 0.3 seconds of recording would require the consent of the people who enter the stores. And in the end, the data retention times must be confirmed, as millions of people cannot rely on a company’s claims.

In addition to this, the supermarket chain representatives are blatantly boasting that they have connected their system with the police’s database. This is a matter that has been at the epicenter of heated debates at the other side of the Atlantic, where IBM, Microsoft, and Amazon agreed to pause this condemnable business until regulations are in place.

What Mercadona also failed to explain in their proud announcement of this new program is how being a racist when it comes to people who have made mistakes in the past can be considered acceptable. Also, they failed to communicate on what legal basis they are barring people who have previously had trouble with the law from entering supermarkets.

If practices like this are accepted or merely punished with a penalty that Mercadona can easily cover, we will soon start seeing highly automated class-demarcating systems being deployed everywhere. These could ban large categories of people from private or even public spaces on the grounds of “safety and security,” while condemning them in a spiral of social rejection that is precisely what fuels more crime.