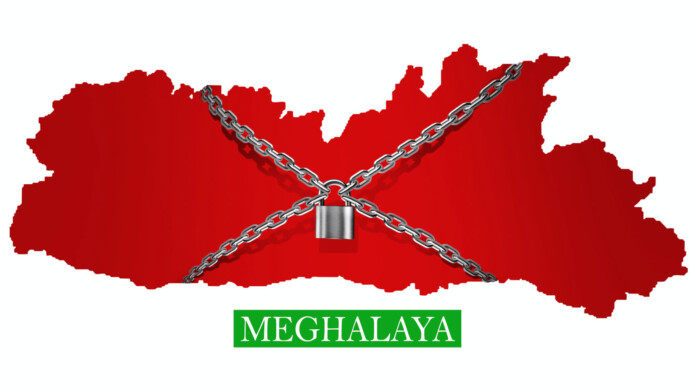 Internet access in Meghalaya, a northeastern state in India with a population of three million people, has been suspended or intermittently severely disrupted since August 15, 2021. As the Internet Freedom Foundation organization reports, there have been no published internet shutdown orders in compliance with the Supreme Court of India’s judgment Anuradha Bhasin v. Union of India (2019), so the connectivity interventions are arbitrary and illegal. Unfortunately, it appears that this latest case is following a 2-year trend of ignoring the dictations of the aforementioned ruling.

Meghalaya is currently the epicenter of violent protests, knife attacks, bomb blasts, and even killings. It all started when the local police raided Chesterfield Thangkhiew’s house, the leader of HNLC (Hynniewtrep National Liberation Council), a militant rebellion movement in Meghalaya that represents the Khasi-Jaintia tribal people. The basic goal of HNLC is to free the state from the rule of mainland India, so the conflict of interest is clear here. The issue is that the police ended up killing Thangkhiew during the raid, which generated outrage among the movement’s supporters.

In response to the violent protests, the government imposed a curfew in the Meghalaya districts of East Khasi Hills, West Khasi Hills, South West Khasi Hills, and Ri-Bhoi, along with a suspension of the internet and mobile internet services. Since 2018, the internet connectivity in the state has been disrupted for over 600 hours, so this is nothing new. What is notable, though, is that no internet suspension order has been published yet, so the government has just decided and acted on it arbitrarily and without providing details or justification.

The Internet Freedom Foundation has sent a letter to the Home Department of Meghalaya, asking for an official explanation on the arbitrary and disproportionate restrictions on internet access while also seeking judicial remedies for the actions. The organization is urging the government to proactively publish all internet shutdown orders, issue an advisory to all District Magistrates to clarify that no internet shutdowns can be imposed as per the Anuradha Bhasin ruling, and finally ensure the appointment of a Review Committee that would review all internet suspension orders.