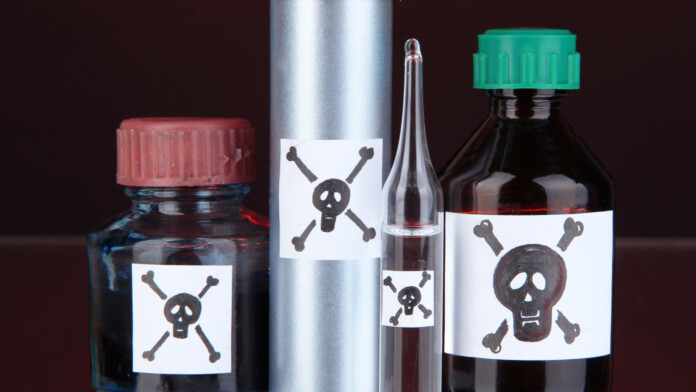 The US Department of Justice announced that a Missouri man who attempted to purchase a chemical weapon on the dark web using Bitcoin was sentenced to 12 years in federal prison. Jason William Siesser, 46, has admitted the crime as well as the aggravated identity theft that supported his illegal purchase efforts that happened on two separate occasions, one on June 14, 2018, and one on August 23, 2018.

According to the FBI, the 10 mL of the chemical weapon that Siesser purchased on the dark web is capable of killing up to 300 people. Instead of the ordered highly toxic compound, the FBI agents who were making the fake sale sent an inert substance to trap Siesser and figure out his real identity and residence. The man was making the purchase through a fake juvenile identity and paid $150 using an unreported and anonymous Bitcoin address.

After figuring out Siesser’s physical address, the FBI executed a search warrant on his house and on a shelf in the garage, they located 10 grams of cadmium arsenide, as well as another 100 grams of cadmium metal and approximately 500 ml of hydrochloric acid. The law enforcement agents also found an invoice indicating that Siesser had bought them all together on March 30, 2018.

As for the man’s motives, the investigators found letters expressing anger and resentment over a breakup, so the arrested man was planning to hurt at least one person. However, the amount of the chemicals that Siesser held would enable him to intoxicate hundreds of innocent people if he decided to go that way.

The fact that people under emotional and psychological instability can source dangerous weapons from the dark web, even specialized chemicals, is another example of the many ways through which crooks are looking to make a profit by fulfilling the needs of sick people. Thankfully, this time, undercover agents were able to intervene and catch Siesser before it was too late.