Liviu Arsene, Bitdefender: Box 2 Will Keep Your IoT Devices Safe and Will Protect Your Kids Online 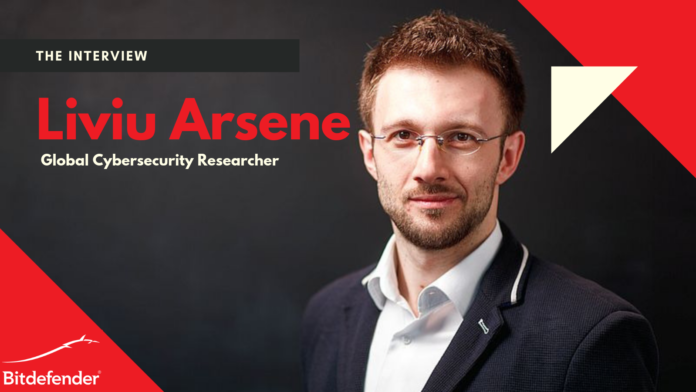 Founded in 2001, Bitdefender has time and time again proven to be the world's best antivirus solution for home and office. The Romanian company has grown to a global level, managing to build a name for itself by keeping your devices safe from harm. Liviu Arsene is one of Bitdefender's Global Cybersecurity Researchers, and he agreed to have a chat with us folks at TechNadu.

We discussed several issues regarding cybersecurity, problems that plague us all, as well as some of Bitdefender's newer products that aim to keep you and your home safe, even when that home is full of vulnerable IoT devices. Arsene discussed the key benefits of such technologies and the many threats we face on a day to day basis. Here is our interview.

TechNadu: The security of the IoT sector has long been a problem, especially since a big chunk of the manufacturers barely put in an effort. Bitdefender has recently launched the Box 2 to deal, in part, with this issue, as well as many other home security problems. How exactly will Box 2 make our smart appliances or smart TVs safer?

Liviu Arsene: Bitdefender Box packs a wide range of security technologies that are capable of securing both IoT devices from incoming attacks as well as personal data. For example, Bitdefender Box is able to perform a vulnerability assessment on all IoTs that are connected to it, and lets users know if there are security updates available for each device so that they can install them.

Also, Bitdefender Box prevents known exploits from being used on vulnerable devices, prevents brute force attempts on authentication credentials, and even detects anomalies in outbound traffic if some IoTs should start communicating with command and control servers.

Every smart device that’s connected to the Bitdefender Box - ranging from laptops, desktop computers, and smartphones to smart appliances, smart TVs, and any IoT – is constantly protected against incoming threats and at the same time easily managed via an easy-to-use mobile application.

TechNadu: Box also comes with a parental control element like we haven't met before, that also takes the kids' privacy into account. Tell us how it all works and what the feedback has been so far.

Liviu Arsene: The Parental Control technology that’s bundled with Bitdefender Box notifies parents when children are verbally abused online when they’re inadvertently engaged in inappropriate language, inappropriate requests for photos or meetings outside the house, and even requests for private information like passwords or card numbers. This advanced digital protection against cyberbullying and online predators enables parents to protect their children when online, in a completely non-intrusive way, while at the same time encouraging both parents and children to talk about these experiences and address them in a controlled manner.

By blocking potentially harmful online content and persons, our enhanced Parental Control can even protect children from suspicious incoming or outgoing calls and text messages, while at the same time managing apps that are considered inappropriate for children. Protecting the online safety of children is something that we take very seriously, which is why we have specifically developed and patented a large number of anti-cyberbullying technologies.

TechNadu: A couple of years ago, security experts were talking about how much AI will become an essential part of security products. How much is that a reality for Bitdefender?

For example, in malware detection, there are machine learning algorithms that have been trained to correctly identify a specific ransomware family. This means that for each ransomware family you may have an individual algorithm that’s trained to identify it. When a new malware sample is found, it’s usually fed to these algorithms and each of them will give out a score regarding how similar the new malware sample is to something that’s already known. While machine learning is great at coping with large amounts of data, you can’t rely on it alone for detection. You need to couple it with other security layers in order to augment detection, and implicitly, security.

Another great way of using machine learning is to spot anomalous network behavior, usually indigenous of a data breach. For instance, while security solutions are great at stopping malware, they can’t identify malicious patterns such as remote desktop connections during off hours or the use of authentication credentials during off hours. Machine learning can be trained to spot these signs of a data breach, and issue security alerts and warning to IT and security teams.

TechNadu: A few months back, Bitdefender has made another acquisition with network security analytics company RedSocks. How do you plan to implement their expertise into your regular business?

Liviu Arsene: This strategic investment into acquiring RedSocks Security BV (RedSocks) is part of Bitdefender strategic investment into expanding our portfolio and addressable market into the network security an analytics territory. By integrating the machine learning, artificial intelligence and cyber threat intelligence provided by RedSocks when performing non-intrusive real-time breach detection and incident response, Bitdefender now offers customers a complete and even stronger protection from sophisticated attacks. This layered approach to security offers deeper visibility into the threat landscape, helping organizations build a more comprehensive security posture against even the most sophisticated threats.

TechNadu: What do you believe is the most serious threat to people's security nowadays?

Liviu Arsene: Depending on how we look at threats to people’s security, there are several types of risks. Physical risk is a serious threat, especially when considering attacks on critical infrastructure that takes down heating, electricity, gas, or even traffic lights. Let’s not forget implantable medical devices that are connected to the internet and have vulnerabilities that can be remotely exploited by attackers and used as remote kill switches. We’ve seen insulin pumps and peacemakers susceptible to these attacks, making physical risk associated with technology a real problem.

Data breaches are also a serious threat to people’s security as they have long-lasting effects. Personal data that’s exposed online can be used for identity theft for a very long time. While some of it may change over time by changing your address, phone number, or email address, some of it is immutable (e.g. social security numbers or biometric data).

Privacy invasion is also a serious threat to people’s security especially in the context of vulnerable internet-connected surveillance systems that threat actors can remotely control and spy on you in your own home.

Also, one of the biggest threats to people’s security involves threats aimed at children. Grooming, sexual predators, and cyberbullying are serious threats to children’s security nowadays, as they are exposed to the unfiltered internet from an early age. Enhanced parental control solutions that notify parents about verbal attacks, aggressive language, private information leaks, and even inappropriate requests for photos and images can help children stay safe online.

TechNadu: Ransomware has been a big threat over recent years. Has the situation gone worse or have things slowed down a bit on that front?

Liviu Arsene: Ransomware will continue to be one of the biggest threats, especially since it has proven itself to be very financially profitable and extremely easy to deploy. Ransomware-as-a-service has made it extremely easy for anyone - even with limited technical knowledge - to deploy, infect, and make money from victims. If anything, threat actors that disseminate ransomware have started working with botnet operators that have remote desktop access into business infrastructures, in order to manually deploy and infect endpoints with ransomware. The ransom note is usually custom, based on how valuable the encrypted data is to the organization, and the ransom note is usually split between the botnet operator that facilitated the access and the threat actor that delivered the ransom. Emotet (CoreBot) is a perfect example of this.

TechNadu: One of the big problems nowadays seems to be the lack of security education among people, both in a home and an office environment. How can we teach people to stop clicking on every link, downloading every attachment, and checking for email source? Is there anything Bitdefender has done to help educate people?

Liviu Arsene: There are different ways in which you can reduce the risk to users when online. For organizations, training awareness courses, and constant testing and retesting are highly recommended as they prepare employees on how to deal with threats and social engineering tactics. Coupled with a layered and comprehensive security solution installed on endpoints – one that accurately identifies malware online threats – as well as various automation tools meant to identify potential data breaches, potential data breaches can significantly be reduced especially if augmented by employee security awareness. There are also some security layers that can offload some of the responsibility from users. For instance, email attachments can be detonated in sandboxed and controlled environments and check whether they are malicious or not. This helps alleviate some of the responsibility from users.

So, there it is guys, if you have lots of IoT devices in your home, perhaps it's a good idea to use a tool like Box to protect them and yourself. Also, try to stay away from clicking dangerous links and downloading all the apps you probably don't even need so you don't get infected. Stay safe, everyone!

What antivirus solution do you use? Let us know in the comments section below, and please share the interview online so others can read it too. Follow TechNadu on Facebook and Twitter for more cool tech news.