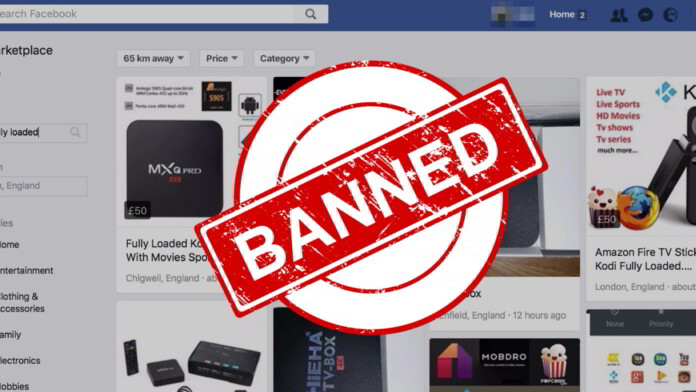 Selling Kodi boxes is landing a lot of IPTV sellers in trouble with legal authorities, and it turns out that Facebook is also set to act against them. The social media platform updated its digital media and electronic devices policy to include jailbroken media devices that come with Kodi installed. Advertising the IPTV boxes that come with piracy plugins is also not allowed on Facebook anymore. However, accessories for the popular IPTV boxes like cables, keyboards, and other peripherals are still allowed.

With the new regulations in place, we will not see any advertisements on Facebook for Kodi-enabled boxes. While private sales posts can still be made in groups or as individual posts, it will lead to account bans if reported. With many entertainment industry members and legal authorities filing lawsuits in large numbers against sellers of IPTV boxes and add-on developers, Facebook is also letting users know its stance on the matter. The company does not allow any illegal activity on the platform, and the sale of copyright infringing devices is definitely a major issue with the sale of the boxes being advertised to over 2 billion Facebook users being members on the platform. 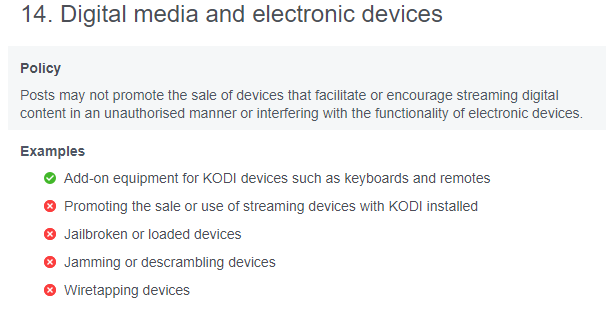 Kodi as a software is completely legitimate, but its support for third-party plugins means that app developers can create plugins which allow users access to pirated media through illegal methods. In May 2017, Facebook introduced a new rule that would allow the ban of all products and items that facilitate or encourage unauthorized access to digital media. However, action against Kodi box sellers was not taken up until now. With the largest social media company cracking down on these pirate boxes, selling them can prove to be very difficult.

What do you think about the ban on Kodi boxes? Let us know in the comments below. Also, to get instant tech updates, follow TechNadu’s Facebook page, and Twitter handle.