Kaspersky is about to get banned from EU Networks. But Why? 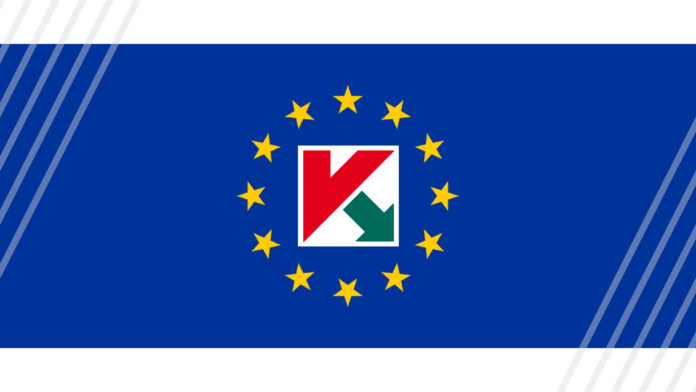 Today is a big day for France and the entire EU networks. As per the reports, the European Parliament (MEPs) in Strasbourg, France will decide on cybersecurity regulations. This hearing would decide on a variety of cyber laws and discuss the pros and cons of such regulations for the general population.

The population of France and the cyber world is curious about this hearing, as this would decide the ban on some popular software programs. The ban is primarily focused on the software that is proved malicious, and Kaspersky Lab has been confirmed as one of these programs.

This ban will take effect under the clause A8-0189/2018, which was proposed by Foreign Affairs Commission to European Parliament. The mentioned clause also touches on other aspects of this ban. It provides clear guidelines for the cyber defense of the entire EU territory. This clause also addresses the issue of public-private partnerships.

As per the other clauses, it’s apparent that if the hearing goes in favor of the ban, EU states will have to effectively carry it out and review all the software that are confirmed malicious.

But, why are we discussing Kaspersky when thousands of other software fit the definition?

Well, as per the report, which follows the same trail that the US followed last year, confirmed that the Kaspersky as malicious. Here is the quote from the clause 76;

“76. Calls on the EU to perform a comprehensive review of software, IT and communications equipment and infrastructure used in the institutions in order to exclude potentially dangerous programmes and devices, and to ban the ones that have been confirmed as malicious, such as Kaspersky Lab;”

Bleeping Computer recently published that an independent cybersecurity advisor, Dr. Lukasz Olejnik confirmed that words like ‘confirmed’ matters for Foreign Affairs Committee. And if the committee has used a power word, we must be sure that if the ban takes place, it will be taken very seriously.

There is another context in which ‘cyber-activity’ could be used, Olejnik informed. This could have an impression of deep insight and just have been a response to public press reports. Audit of institution and organization and detailed accountancy is a good routine for security hygiene. This could weed out the potential weaknesses in the system, he added.

EU isn’t the first one to take the strict steps against Kaspersky Lab. This has been previously done by the US, UK, and Netherlands. The US was the first one to take the malicious software seriously when it banned Kaspersky Lab and other malicious categorized software on the government computers. Across the Pacific, UK took similar steps and warned state and private agencies to avoid Kaspersky and similar products. Even Dutch government banned Kaspersky from the state computers.

While Kaspersky Labs isn’t the only company that’s facing these bans and the brands like ZTE share the same stage, it is apparent that software across the world will take a lesson if this ban gets confirmed. Subsequently, the software will take care of their business models and adapt to these upgraded definitions of maliciousness.

Do you think this ban of malicious software is a right step towards cybersecurity? Do let us know your point of view.