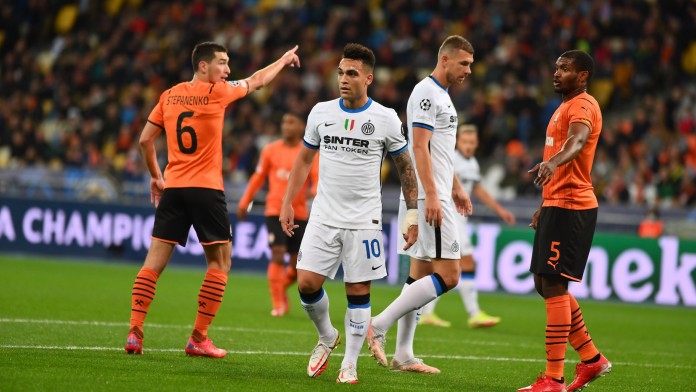 Two of Italian soccer's biggest powerhouses collide in the Coppa Italia final, as Juventus go head to head against Inter Milan at the historic Stadio Olimpico in Rome on Wednesday. The Coppa Italia, which is the annual knockout cup competition in Italian soccer, has produced some amazing matches over the years.

The Coppa Italia is celebrating its hundredth anniversary this season, so it is fitting that Juventus and Inter Milan will battle it out for the prestigious trophy. Juventus are the most successful team in the competition's history, having won the title 14 times. The Old Lady are also the defending Coppa Italia champions. Inter Milan have won the Coppa Italia seven times, but their last triumph came all the way back in 2011. They are the defending Serie A champions but look likely to lose the title to arch-rivals AC Milan this season.

There is a heated rivalry between Juventus and Inter Milan that has lasted decades now. So we should be in for another fiercely contested tie between the two teams on Tuesday. Both teams are stacked with world-class talent.

We will see the battle between the Serie A's most potent strikers in Dušan Vlahović and Lautaro Martinez. Juventus also have a legendary defensive duo that features Giorgio Chiellini and Leonardo Bonucci. Plus, they have a number of exciting stars like Federico Chiesa, Manuel Locatelli, and Matthijs de Ligt. Inter Milan also boast a strong roster with the likes of Nicolò Barella, Marcelo Brozović, and Milan Škriniar among the star performers.

These two sides last met in April, when Inter Milan came out on top. Looking at the team's performances over this season, Inter Milan are definitely the favorite heading into the tie. But Juventus' experience could serve them well as they look to lift the Coppa Italia once again.

Juventus vs Inter Milan takes place on Wednesday, May 11 with kick-off scheduled for 15:00 ET. This is set to be a cracking contest, so be sure not to miss it. Ahead of the game, we have all the information you need on how to watch the Coppa Italia final from anywhere in the world.

How to Watch Juventus vs Inter Milan Online From Anywhere

We recommend ExpressVPN, as it is one of the most highly rated, reliable, and efficient VPNs in the world. It is easy to use and works with most streaming services, unlike most other VPNs. You also take advantage of some amazing offers with ExpressVPN, such as the no-questions-asked money-back guarantee. So make sure to go ahead and try ExpressVPN for 30 days RISK-FREE.

Want to subscribe to ExpressVPN (49% Discount + 3 Months FREE)? Go to the ExpressVPN website, fill out all the necessary information, pick your plan, pay the subscription fee, and download the app. Select a server from the country of your choice, and turn on your streaming service so you can watch a live stream of the Coppa Italia final seamlessly.

The rights to broadcast the Coppa Italia final between Juventus and Inter Milan in the United States are held by the CBS Sports Network. The game will air live on CBS as well as the Paramount+ streaming service, with kick-off at 15:00 ET. A subscription to this platform costs $4.99 and new subscribers can take advantage of the 7-Day Paramount+ Free Trial.

If you do not want to watch the game live on Paramount+, we have two great alternatives for you. The first is fuboTV, which is used by millions of people in the United States. It offers subscribers hundreds of channels as part of its three packs, and CBS is included. So you can easily watch the Coppa Italia final live. New subscribers can also get a 7-day free trial on fuboTV.

Hulu + Live TV does not have multiple packs but does include CBS in its list of channels. What's more, you can get Disney+ and ESPN+ along with Hulu + Live TV for a combined fee of just $69.99 per month.

If you are traveling abroad, use a capable VPN to watch this crucial Coppa Italia final live. Simply select a US-based server and follow the instructions above to watch Juventus vs Inter Milan live on any of the streaming services.

Juventus vs Inter Milan will be broadcast live in the United Kingdom on Premier Sports. You can watch the game live on cable TV or on Premier Sports' website. The game will kick off at 20:00 BST.

Traveling away from the UK? Make sure to have a reliable VPN so you do not miss out on the action. This is because Premier Sports is geo-blocked in other countries, and you will need a VPN to bypass those restrictions and watch the Coppa Italia final live.

How to Watch Coppa Italia Final: Juventus vs Inter Milan in Canada?

fuboTV carries the rights to broadcast Coppa Italia games live in Canada. So you will be able to watch Juventus vs Inter Milan live on fubo Sports Network by purchasing one of its three available packs. The game will start at 15:00 ET/ 14:00 CT/ 12:00 PT.

Not in Canada? Use a working VPN to watch the game live on fuboTV. This stream will be geo-blocked in other countries, but a VPN will help you watch every minute of Juventus vs Inter Milan live.

Can I Watch Juventus vs Inter Milan in Australia?

None of the channels in Australia will broadcast the Coppa Italia final live in Australia. But you can still follow all the action from the game on social media channels.