iPhone 12 Features the Fastest CPU & GPU in a Smartphone 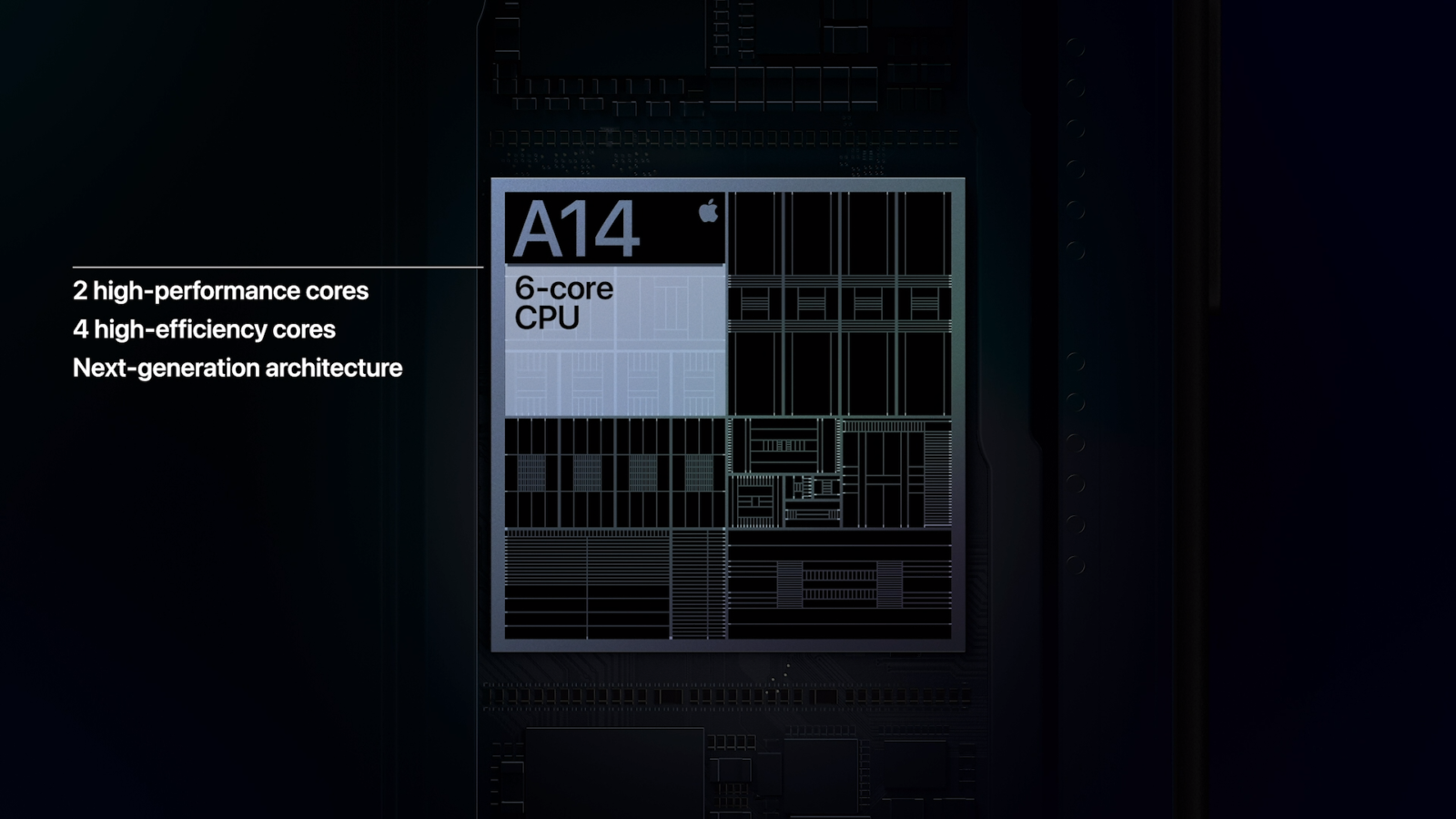 The four new iPhone 12 models announced this evening provide a decent upgrade in terms of raw power, mainly thanks to the new A14 chips. Every iPhone 12 model will run on this chip, including the Mini, Pro, and Pro Max models.

In case you are wondering, the A14 is also the chip used in the fourth generation of iPad Airs. According to recent benchmarks done on the iPad Air, the new chips come with a 20% increase in both single and multi-core scores.

On top of that, the A14 also packs 11.8 billion transistors, which is 40% more than the previous generation. In addition, this is also one of the first 5nm chip ever in a smartphone.

The faster neural engine inside these chips now features 16 cores instead of 8, which greatly improves machine learning tasks and other AI-powered workloads. According to Apple, this neural engine is 80% faster now, while also being able to handle 11 trillion operations per second.

Despite the performance upgrade, the A14 chip is also a lot less demanding in terms of power consumption. This allows the phones to run smoother for longer and without overheating. Obviously, lower power requirements also translate into longer battery life, which is always nice to see.

Perhaps the most surprising thing about this announcement is the fact that the cheaper iPhone 12 Mini is just as powerful as the standard model. Thus, you are not losing performance when it comes to running your apps.