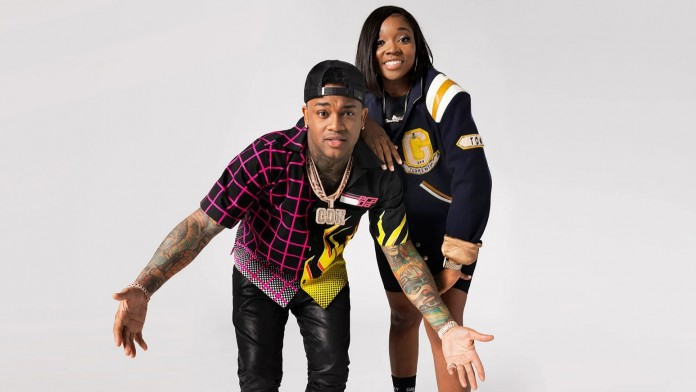 The iconic hip-hop show, Yo! MTV Raps, which first aired in the late 80s, is getting a revival on Paramount+, and we're excited to watch it online. So if you're curious about who's hosting, special guests, and what to expect from the new version, you've come to the right place. Let's check out where, when, and how to watch Yo! MTV Raps online from anywhere.

Yo! MTV Raps was a classic MTV show that featured rap videos, celebrity interviews, live in-studio performances, and comedy, initially hosted by Fab Five Freddy and later Doctor Dré and Ed Lover. The series played a vital role in the global success of the hip-hop genre, and now it is finally making a comeback. This time, Yo! MTV Raps will be hosted by DJ Diamond Kuts and rapper Conceited. Just like the original program, the revival will feature a variety of segments and interviews with artists, as well as live performances and a deep dive into the current state of hip-hop. Viewers can expect to see Freddie Gibbs, Latto, Tee Grizzley, Trina, Saba, Shenseea, and others as featured guests on the show. Kurt Williamson, Warren Oliver, and Michelle Kenner of HollandWest Productions serve as executive producers of the series.

Yo! MTV Raps will premiere exclusively on Paramount+ on Tuesday, May 24, 2022. The first season will have 8 episodes dropping on a one-per-week basis until July 12.

You can easily watch the show online if you're in your home country and subscribed to Paramount+, but things aren't that simple when traveling abroad. You won't be able to access your streaming library abroad due to geo-restrictions; however, you can bypass this problem if you use a VPN to watch Yo! MTV Raps online. This tool will remove all geo-blocks you may face and make it seem you're back home.

We recommend ExpressVPN; it has thousands of servers worldwide and unblocks most streamers like Netflix, Hulu, and Paramount+. Additionally, the tool protects you from security breaches and safeguards your privacy with best-in-class encryption protocols. You can make the best use of its no-questions-asked money-back guarantee and try ExpressVPN for 30 days RISK-FREE.

You can easily subscribe to ExpressVPN (49% discount and 3 Months FREE) on its website. This is when you can proceed to download the native app for your device or system and log in through a sign-in link sent to your email address or an activation code. Pick a server from your home country when you turn on the VPN, and you'll be able to watch Yo! MTV Raps online from anywhere.

How to Watch Yo! MTV Raps in the US

The best way to watch the show in the US is by subscribing to the Paramount+ streaming platform. The cheapest plan (with limited ads) starts at $4.99 per month after a 7-day free trial. If you want to watch content completely ad-free, you can opt for its Premium plan for $9.99 per month. Additionally, you can get the Paramount+ and Showtime bundle for $11.99 monthly.

You can also add Paramount+ as a Prime Channel on Amazon Prime Video for $9.99 per month (without ads) after a 7-day free trial. The Prime Membership costs $14.99 per month, with a generous 30-day free trial period.

Most steamers are geo-blocked due to licensing agreements, so you can use a capable VPN to watch Yo! MTV Raps while traveling abroad. You can pick a US server, turn on the VPN and access the platform for easy streaming.

How to Watch Yo! MTV Raps in Canada and Australia

If you're in Canada or Australia, you can easily watch the title on the Paramount+ streaming service, as it is available in both countries. The service will cost you CA $5.99 per month in Canada and AU $8.99 monthly in Australia. You can try Paramount+ for free for 7 days after signing up for the service.

You can use a trustworthy VPN to watch the series while traveling abroad. This tool will remove all geo-restrictions you may face; just pick a server from your home country when you turn on the VPN before accessing Paramount+.

Can I Watch Yo! MTV Raps in the UK?

Unfortunately, Paramount+ is not currently available in the UK, so you may not be able to watch the reboot in this country. However, the service will launch in the UK and Ireland on June 22, 2022, so keep an eye out!