How to Watch Wild ‘N Out Season 18 Online From Anywhere 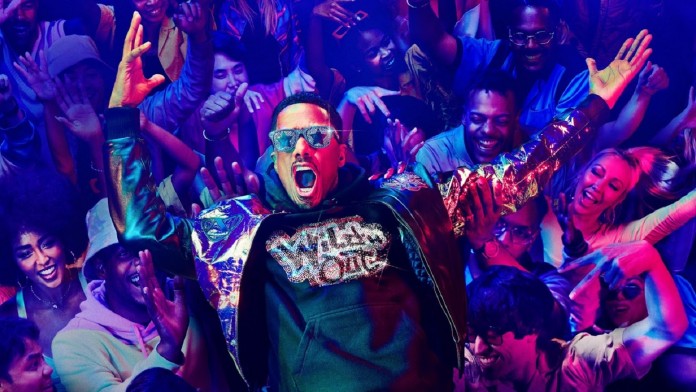 Season 18 of one of the most fun shows is about to premiere. If you're a fan, you'll be happy to know there are several ways to stream the episodes online quite easily. We have all the details you may seek, including the release date, cast, episode plot, and the platforms that let you watch it even while traveling, so let's see when, where, and how to watch Wild 'N Out Season 18 online from anywhere in the world.

If you're not familiar with it, Wind 'N Out is a comedy series that features two teams of comedians squaring off in improv battles, and each episode features guest turns by music artists. It delivers lightning-fast improv and head-to-head battles, helmed by the master of ceremonies, Nick Cannon. The stakes are high as teams face off in a series of visceral, hip-hop-edged comedy showdowns, all culminating in a rap battle for the championship belt.

This is the first season since Season 15 to feature the "Comedy Championship Belt" and “Mascot Cannon” and the first to feature Emmanuel Hudson and Phillip Hudson as the Musical Guests. As expected, host Nick Cannon will be joined by co-host DJ D-Wrek. Season 18 brings some new games: Act Out, Alphabet Train, Change Y'a Mind, Who Want The Drama?, On The Bus Stop, and On The Gang.

In the first episode of the latest season, Nick Cannon, Bobby Shmurda, YOYO battle it out in games: Eat That A. Up, Kick 'Em Out the Classroom, Remix, and the Wildstyle battle. Bobby Shmurda performs "Shmoney." The second episode sees Marsai Martin battle it out in games: Alphabet Train, Talking Spit, Kick 'Em Out the Classroom, and the Wildstyle battle. Phillip Benjamin and Kosher perform "Crazy Or On To Somethin."

VH1's NAACP Award-winning franchise Nick Cannon Presents: Wild 'N Out Season 18 will air on Tuesday, June 21, 2022. The premiere day will deliver two episodes that you will be able to watch on VH1 starting at 8 PM ET. We are not sure of the exact number of episodes the new season will have, but we do know that each episode will have 30 minutes, and we'll see fresh episodes every Tuesday night.

How to Watch Wild 'N Out Season 18 Online From Anywhere

Nowadays, we must admit most of the content we watch is streamed online, thanks to the many live TV and streaming services out there. However, as you may have noticed, these platforms block your access in some countries or territories due to licensing deals, so you may not be able to watch your favorite series while traveling. This is why we recommend you use a VPN to watch How to Watch Wild 'N Out Season 18 online without breaking a sweat since this tool lets you change your IP address to one from back home and trick the streaming platforms into lifting geo-restrictions.

The best tool to turn to for unblocking streaming platforms right now is ExpressVPN, which has millions of subscribers worldwide and thousands of servers in almost 100 countries, letting you access Netflix, Hulu, Paramount Plus, Sling TV, and many other services instantly. We suggest you take advantage of its generous 30-day money-back guarantee to try ExpressVPN RISK-FREE for 30 days and enjoy unlimited bandwidth, sturdy encryption protocols, and up to five simultaneous fast and stable connections. Plus, it has native apps for almost all your devices.

The best part is that you can also get your hands on a serious discount if you select the annual plan when you subscribe to ExpressVPN (49% discount & 3 months FREE) on the official website. To get started, enter the requested information and see the payment through, then follow the instructions to download the app for your device or system. After the installation process is done, open the app, select a server from a region back home, and turn on the tool. That's it - you can finally access the streaming platform of choice to watch Wild 'N Out Season 18 online from anywhere.

Since the show airs on VH1, this means you will be able to easily stream the episodes online through one of the live TV and streaming services that have the music network in their offering or just host the show.

How to watch Wild 'N Out Season 18 without cable:

Wild 'N Out Season 18 will be available on the Paramount Plus streaming platform, where subscription plan prices start at $4.99 per month with the ad-supported version. There's also a Showtime bundle with or without ads. You also get a 7-day free trial on Paramount Plus upon subscribing.

Sling TV is one of the cheapest live TV and streaming services on the market at the moment, and you will find VH1 in the Lifestyle Extra add-on for $6. There are several other add-ons you can enjoy, and prices start from $35 per month. However, there's a promo running right now that gives 50% off your first month on Sling TV.

Another live TV and streaming platform you could go for if you also like spots is fuboTV since it includes VH1 and tons of sports networks. Plans start at $69.99 per month, no matter if you choose monthly and quarterly plans, and there's a 7-day free trial on fuboTV right now that you can enjoy if you're new to the service.

Philo is another cheap option if you want to subscribe to a live TV and streaming service that has VH1 in its listing. The subscription price is $25 per month, and it includes over 60 live channels and more than 50,000 titles on-demand, and it offers a 7-day free trial if you are a new customer.

These services are geo-blocked due to licensing deals, so you won't be able to access them while traveling. Nonetheless, a subscription to a capable VPN set to a server located back home will save you. Just turn on the tool before opening the streaming platform for this to work.

How to Watch Wild 'N Out Season 18 Online in the UK, Canada, and Australia

You can also look for the latest season on Apple TV since Seasons 1 to 17 are already there.

Keep in mind that all streaming services have geo-restrictions in various territories, so you will need to use a powerful VPN if you bump into a blockade while traveling. Just select a server from a region back home before turning to the streaming platform.