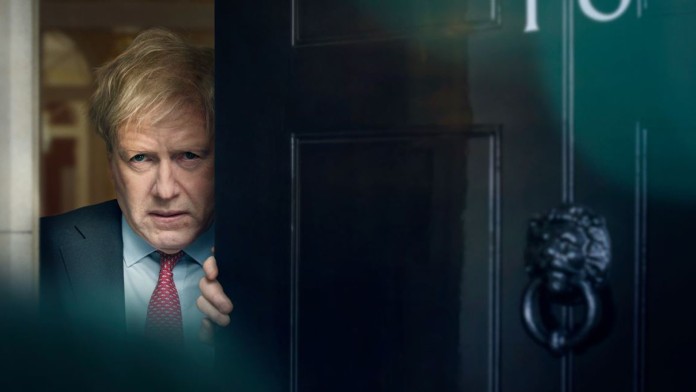 A highly-anticipated drama that chronicles the story of Boris Johnson and his administration as they respond to the COVID-19 pandemic is going to premiere soon, and we're eagerly looking forward to streaming it online. We have everything you need to know, so let's check out where, when, and how to watch This England online from anywhere.

The show will strive to expose the inside story of how the ex-Prime Minister managed the country through a global health crisis and how things soon changed when Johnson won the 2019 General Election. The drama will show how Johnson struggled to deal with COVID-19, Brexit, and a contentious personal and political life. It features first-hand testimony from a diverse group of people who played significant roles in the country's reaction, including people from Number 10 Downing Street, the Department of Health, and The Scientific Advisory Group for Emergencies (SAGE). This England will also tell the stories of the people who fought COVID-19 on the front lines: physicians, nurses, health professionals, as well as regular people whose lives were thrown into chaos when the crisis began in 2020.

This England is a six-part series, and it premieres on Sky Atlantic and NOW on Wednesday, September 28, 2022.

How to Watch This England Online From Anywhere

When you're at home, you may simply watch your favorite shows on live TV or through a streaming service. However, you will be unable to access your streaming library if you go overseas owing to geo-restrictions imposed by licensing agreements. You may avoid this problem by using a VPN to watch This England online, which will allow you to overcome geo-blocks and make it appear as if you're in your own country.

We recommend ExpressVPN since it has hundreds of servers globally and can unblock most streaming services, such as Netflix, Hulu, and others. A money-back guarantee is also available, allowing you to try ExpressVPN for 30 days RISK-FREE. Furthermore, it employs robust encryption mechanisms to safeguard your online privacy and security. This VPN is simple to use and works with a variety of devices, including PCs, routers, tablets, cellphones, and others.

You can easily create an account on its website and subscribe to ExpressVPN (49% Discount + 3 Months FREE). This is when you can proceed to download the native app for your device or system and log in through a sign-in link sent to your email address or an activation code. You can then pick a server from your home country after turning on the VPN and access a streaming service to watch This England online from anywhere.

How to Watch This England in the UK

The Sky Original drama will air on Sky Atlantic in the UK, and you can watch it on Sky's NOW streaming service. Subscription prices start at £9.99 per month, after a 7-day free trial for all new customers.

If you use a reputable VPN, you may simply watch This England while traveling overseas. Simply choose a UK server when activating the VPN, and you're set.

Can I Watch This England in the US, Canada, and Australia?

It is unclear if and when This England will be broadcast outside of the United Kingdom, so if you want to watch the series in the US, Canada, and Australia right now, your best bet is to use a safe VPN and connect to a UK server to access the NOW streaming platform.