How to Watch The Walk-In Online From Anywhere 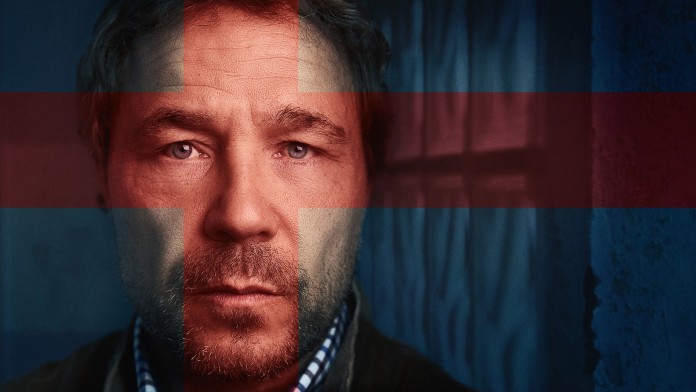 A new drama show that follows a former Neo-Nazi as he thwarts an attempt to assassinate an MP is going to premiere soon, and we're excited to stream it online. We have everything you need to know, including the release date, cast, and plot, so check out where, when, and how to watch The Walk-In online from anywhere in the world.

Based on a true story, the show is about an inside man, activist Matthew Collins, who disrupted a neo-Nazi plot to assassinate a Member of Parliament. Collins is a reformed Neo-Nazi who has changed his ways and now works as a journalist for the anti-racist group Hope not Hate. He quickly recognizes a Far Right Neo-Nazi gang that distinguishes itself with a young, well-groomed appearance but is nevertheless adamant about inciting racial conflict and sends in some moles to expose and destroy the group. However, following the horrifying murder of MP Jo Cox, the organization is outlawed in Britain for the first time since the Second World War. After the group goes underground, Collins gets an email from someone claiming to be a member willing to pose as a mole to discuss the second MP murder that is being planned.

The cast is led by Stephen Graham (This is England) as Collins, Jason Flemyng (Lock, Stock and Two Smoking Barrels) as Nick Lowles, Dean Charles Chapman (Game of Thrones) as Jack Renshaw, Leanne Best (Ripper Street) as Alison, Andrew Ellis (This Is Going To Hurt) as Robbie Mullen, and Christopher Coghill (EastEnders) as Chris Lythgoe. The drama has been written by Oscar-nominated and multiple BAFTA award-winning Jeff Pope.

The Walk-In is a five-part drama that premieres on ITV on October 3, 2022, and you can also watch it on ITV Hub. On October 31, the show will wrap up its five-week run on ITV, but if you don't want to wait that long, we should let you know that the box set will become available on ITV Hub following the premiere of the first episode.

How to Watch The Walk-In Online From Anywhere

These days, it is relatively easy to watch your favorite shows and films online if you're in your home country and have a subscription to a live TV or streaming service that provides it. But if you're traveling abroad, you'll face geo-restrictions and won't be able to access your streaming library. An easy way to evade this problem is to use a VPN to watch The Walk-In online, as the tool will change your virtual location to make it seem like you're back home.

Browsing for a good VPN solution? We recommend choosing ExpressVPN since it can unblock most of the streaming services and has hundreds of servers spread out throughout the globe. Through the use of top-notch encryption techniques, it safeguards your security and preserves your online privacy. Use the tool's no-questions-asked money-back guarantee to your advantage and try ExpressVPN for 30 days RISK-FREE.

If you visit its website and subscribe to ExpressVPN (49% Discount + 3 Months FREE), you can get a good discount and save some money. After downloading the native app for your device, you can proceed to log in through a sign-in link sent to your email address or an activation code. Next, pick a server from your home country when you turn on the VPN, and then access a streamer to watch The Walk-In online from anywhere.

How to Watch The Walk-In in the UK for FREE

Folks in the UK can easily watch the series for free on ITV Hub by just creating an account on the website; this will grant you free access to their ad-supported content. To watch shows and films without advertisements, you may choose ITV Hub Plus, which starts at £3.99 per month after a 7-day free trial.

We should also mention that ITV Hub Plus can be added as a Prime channel on Amazon Prime Video. The channel costs £3.99 per month after a week-long free trial, on top of the Prime membership fee, which is £7.99 monthly after a generous 30-day free trial. In other words, Amazon Prime is required to get ITV Hub+ on Prime Video.

By employing a trustworthy VPN, you can watch The Walk-In while traveling abroad because most streaming services are geographically restricted due to licensing agreements. You may choose a UK server, enable your VPN, and access the service for easy streaming.

How to Watch The Walk-In in the US, Canada, and Australia

Unfortunately, you won't be able to watch The Walk-In directly if you live in the US, Canada, or Australia, as an international release date hasn't been announced yet. However, you can use a capable VPN, select a UK server, turn on the tool, and access ITV to watch the title. For more information, you can check out our article on how to watch ITV outside the UK.