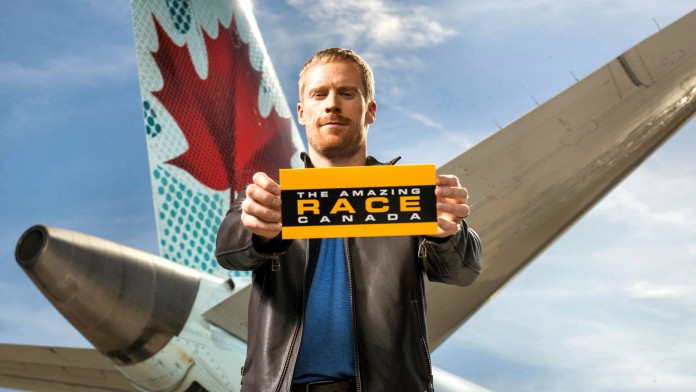 The Amazing Race is a show that's been around for many years and picked up by TV companies in numerous countries. In Canada, the show has had 7 seasons thus far and will kickstart its 8th one soon. So let’s check out how to watch the Amazing Race Canada Season 8 online from anywhere.

The Canadian adventure reality game show is based on the international franchise so it follows pretty much the same format with teams of 2 racing across Canada and the world. The show follows the teams as they have to figure out clues, navigate in foreign areas and interact with people they meet in order to reach their destination. Things aren't always easy, and they have to travel by air, boat, car, or anything else that will take them to the next spot in a particular race leg. The teams that end up being the last to arrive at Pit Stops are progressively eliminated. The winners take home a massive CA $250,000 cash prize, 2 first-ever Chevrolet Silverado ZR2’s, and a trip around the world, so that's a lot of motivation right there.

This is the first time the show airs after its 2019 season. The pandemic put a clear stop to the show when traveling became unsafe, so it's a joy to all fans of the show. This year, viewers can expect to watch an Olympian, a JUNO Award-winning singer, teachers, personal trainers, a firefighter, a comedian, a motivational speaker, and Broadway performers in action.

Watching the new season of The Amazing Race Canada online isn't going to be a problem as long as you're in Canada. Of course, once you leave the country, the situation changes as you'll need to have a little bit of extra help to watch the show. Unfortunately, you cannot access local libraries when you're abroad, so you'll need to use a VPN to watch The Amazing Race Canada Season 8 online.

Our recommendation is ExpressVPN, easily one of the best VPNs on today's market. The best thing about this service is that it can unblock our favorite streaming services, such as Netflix, Hulu, and Disney+, which means you can enjoy your streaming library no matter your location. The app is super easy to use, owing to the intuitive interface. You can try ExpressVPN for 30 days RISK-FREE, thanks to the company's money-back policy. This means you can easily ask for a refund if you have any issues with the service.

To start your subscription, you need to create an account, which usually takes a few minutes. You'll need to fill in all the information and pay for the service to complete the process. Once you subscribe to ExpressVPN (49% discount and 3 months FREE) on its website, you'll be able to download the app for your devices. Next, pick a server from your home country and power up the VPN. You can then stream The Amazing Race Canada Season 8 online from anywhere.

The Amazing Race Canada Season 8 will premiere on CTV in Canada. This is a local channel that can be followed online via the web platform, which provides access to on-demand and live content. The only thing you'll need to do is to sign up for an account, and for this, you can use credentials from your TV provider. Access to the service is free, so you won't need to pay for any subscriptions.

If you're traveling abroad, make sure you have a strong VPN on hand because you're going to need it to access CTV to watch The Amazing Race Canada Season 8 on the go.

Can I Watch The Amazing Race Canada Season 8 in the US, UK, and Australia?

Unfortunately, we couldn't find any streaming services or channels that will broadcast The Amazing Race Canada Season 8 in the US, UK, and Australia.

However, even though you may not be able to directly watch the show in these countries, there's still a way for you to catch up on the latest episodes of The Amazing Race Canada Season 8. All you need is a trustworthy VPN to access CTV from your home country. Remember to connect to a Canadian server when you turn on the VPN and enjoy watching the show as it airs.