How to Watch Shark Tank Season 14 Online From Anywhere 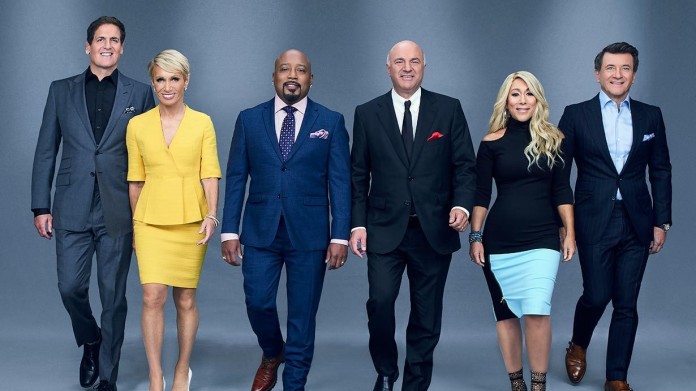 Shark Tank is back for another season, and we're eager to see which projects get the approval of the sharks! Not only that, but we're very curious to discover what entrepreneurs are creating these days. So let’s check out where, when, and how to watch Shark Tank Season 14 online from anywhere.

Shark Tank has been around for many years, after premiering in the US in 2009. The show originated in Japan when The Tigers of Money premiered in 2001. Entrepreneurs pitch their businesses to a panel of six investors known as "sharks." If they are interested, they invest their own money in the company, providing financial support for a slice of the business, offering offices, and so on. If more than one shark is interested, they compete for the entrepreneur's attention, sweetening their deals. The sharks this season are Barbara Corcoran, Mark Cuban, Lori Greiner, Robert Herjavec, Daymond John, and Kevin O’Leary.

Shark Tank Season 14 is scheduled to premiere on ABC on September 23, 2022, at 8 PM ET, and will feature its first-ever live episode. Furthermore, Gwyneth Paltrow, actress, and Goop founder, will join as a guest shark along with Doordash founder and CEO Tony Xu.

How to Watch Shark Tank Season 14 Online From Anywhere

Watching your favorite shows online is super easy nowadays since we have many live TV services and streaming platforms available. Unfortunately, when you travel abroad, things change because these services are geo-blocked. This is generally due to licensing deals, so it can be quite annoying when you just want to keep up with your favorite shows while traveling abroad. Thankfully, you can use a VPN to watch Shark Tank Season 14 online from anywhere. VPNs will help spoof your IP address after routing your internet connection through a server of your choice.

If you're unsure what to use, we recommend ExpressVPN, which is one of the best tools on the market. It can unblock platforms like Netflix, Hulu, and Disney+, to name a few. You can try ExpressVPN for 30 days RISK-FREE thanks to the money-back guarantee policy the company has in place.

You can subscribe to ExpressVPN (49% discount and 3 months FREE) by making an account on its website, providing all the information, and then paying for the subscription. Once you do that, you can download the apps for your device or system. Find one of the servers in your home country and connect to it before loading the streaming service you chose to watch Shark Tank Season 14.

Since Shark Tank is an ABC show, this means you will also be able to stream ABC online using one of the numerous live TV and streaming services that are available across the United States. Let's see what options you have.

One of our go-to services is fuboTV, a live TV and streaming service that may be your best option. ABC is part of all plans here, and you can add some extra channels and premium networks if you want. Prices begin at $69.99 per month and go up to $99.99 per month.

Hulu + Live TV is also a great option for those who want to keep up with Shark Tank Season 14 episodes. The platform gives users access to Hulu's on-demand service and Disney+ and ESPN+ as a package deal, allowing you to enjoy tons of content on the go.

YouTube TV is also a service that features ABC. For $54.99 for the first three months and $64.99 after that, YouTube TV gives users access to dozens of networks and some great perks.

DirecTV Stream has the ABC network included in its offering, and you will find it in all of its packs. Plans start at $49.99 per month for the first two months, and the price goes up to $69.99 monthly after that.

Of course, if you'll be traveling abroad, you'll need to use a good VPN whenever you are outside your country. Simply choose a VPN server in the US and connect to it before loading the live TV service you want to watch Shark Tank Season 14 on.

How to Watch Shark Tank Season 14 in Canada

Folks living in Canada can watch the show on CTV. The new episodes will premiere on September 23, and you can check out all the episodes via the CTV Go app, which is available at no extra charge as long as you log in with credentials from your TV provider.

Don't forget that if you're going to leave the country, a reliable VPN will help you watch Shark Tank Season 14 from anywhere, as long as you choose a Canadian server.

Can I Watch Shark Tank Season 14 in the UK or Australia?

Unfortunately, right now, there's no way to watch the US version of Shark Tank on streaming services in the United Kingdom or Australia - sorry! Instead, you can check out the local versions of Shark Tank in these countries.