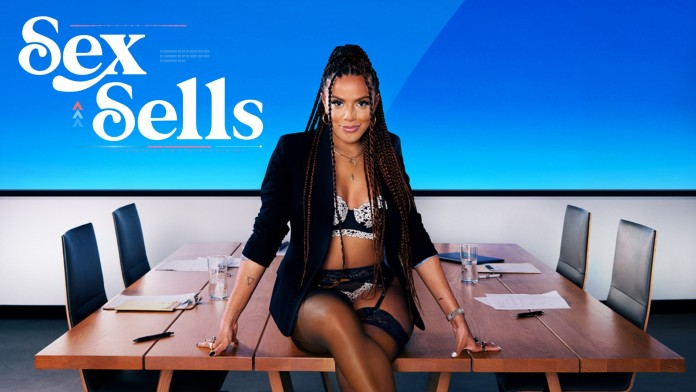 The second installment of Fuse's innovative business series is finally back, and we're excited to watch it online. We have everything you need to know, including which celebrity guests viewers can expect this season, so keep reading to find out how to watch Sex Sells Season 2 online from anywhere.

Media personality and tech executive-turned podcaster WeezyWTF returns to host season 2 of Sex Sells as she tries to further understand the thriving business of sexual health and sex positivity. Entrepreneurial opportunities in sex-related fields are booming these days, thanks to the popularity of apps like OnlyFans. WeezyWTF will be joined by entrepreneurs and special guests like Sofia Franklin, Sarunas Jackson, Charlamagne, Mandii B, Freddie Gibbs, Tyla Gomez, and others as they try to explain and put a spotlight on the business of sex. From making a stop at a strip club to find out just how much money the business actually makes, to discussing how to start a corporation with a clinical sex therapist who specializes in intimacy, viewers will see them do it all as they try to reduce the stigma associated with sex and pleasure.

Watching content online has become very straightforward in recent years - all you need is to live in your home country and access a service that offers the content. However, the issue with most of these services is that they are geo-restricted, so you can't access them while traveling internationally. If you're having trouble with this, don't worry. You can use a VPN to watch Sex Sells Season 2 online, which will change your IP address, so it appears you're in your local area.

If you're looking for recommendations, we suggest you go for ExpressVPN since it has thousands of servers worldwide and can successfully unblock most streamers. It also shields you from security breaches and protects your privacy online with best-in-class encryption protocols. You can try ExpressVPN for 30 days RISK-FREE, thanks to its no-questions-asked money-back guarantee. This VPN is beginner-friendly and compatible with many devices, such as phones, tablets, computers, routers, etc.

If you want to grab a great deal, go to its website and subscribe to ExpressVPN (49% Discount + 3 Months FREE). After downloading the native app for your device or system, you can log in through a sign-in link sent to your email address or an activation code. Next, choose a server from your home country when you turn on the VPN, and then access a streamer to watch Sex Sells Season 2.

As we mentioned before, you can watch episodes of Sex Sells Season 2 on Fuse, and its streaming platform, Fuse+. A monthly subscription to this service costs only $1.99 after a 7-day free trial. If you opt for its annual plan, you need to pay $19.99 yearly, but you also get a 2 month trial period. Fuse is also available on a few live TV and streaming services, so let's take a look.

Sling TV offers Fuse in all its packs, so it's pretty easy to watch the series on this platform if you're in the US. Plans start from $35 per month, but you'll be happy to know that you can get 50% off your first month on SlingTV for a limited time.

You can also turn to fuboTV as it offers over 100 channels, including Fuse. The cheapest plan on this platform will set you back by $69.99 monthly after a week-long free trial.

The third option for folks in the US who want to watch the latest season of Sex Sells is DirecTV Stream. You'll find Fuse in 3 out of its 4 packages - Choice, Ultimate, and Premier. The most economical option is Choice, which costs $79.99 per month for 2 months, then $89.99 monthly. Please note that this limited-time offer is valid for new customers and select sales channels only.

A strong VPN will remove geo-restrictions, making it easy for you to watch Sex Sells Season 2 while traveling abroad. Just select a US server when you turn on the VPN, and you're good to go.

How to Watch Sex Sells Season 2 in the UK, Canada, and Australia

Folks living in the UK, Canada, and Australia will be glad to know that Fuse and Fuse+ are available in these countries. This means that you'll need to pay approximately £1.62 per month in the UK, CA $2.55 monthly in Canada, and AU $2.86 per month in Australia for a Fuse+ subscription. Also, it comes with limited ads and a week-long free trial.

We should mention that Fuse+ offers over 1,000 independent films and documentaries, Fuse Originals, and more. Also, keep in mind that if you want to catch up on season 1 of Sex Sells, you can easily do so on Fuse+; and the best part is that the first episode is available for free - you don't even have to subscribe or create an account to watch it.

Most steamers are geo-blocked due to licensing agreements, so you can use a powerful VPN to watch the series while traveling abroad. You can pick a server from your home country, turn on the VPN, and access Fuse+ for easy streaming.