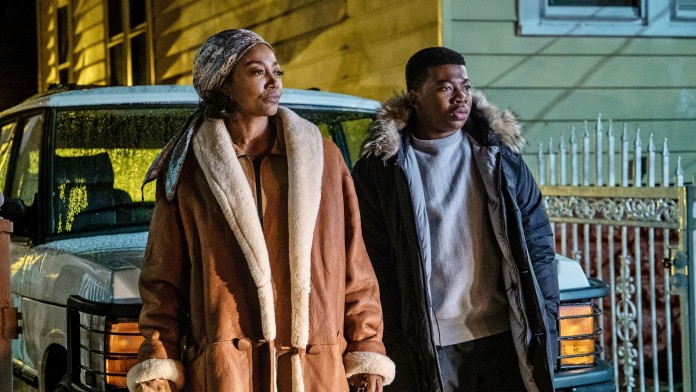 The sophomore season of the Power Book spin-off series is set to premiere soon, and you will be able to stream all its episodes online, just like you do with all your favorite content nowadays. We have all the details you may need, including the series premiere date, cast, plot, episode release schedule, and the streaming platform that has it, so let's see when, where, and how to easily watch Power Book III: Raising Kanan Season 2 online from anywhere in the world.

Raising Kanan Season 1 is set in Queens during the early '90s and follows teenage Kanan and his family, which is led by his mother, Raq. As she is moving up in the drug trade, Kanan is excited to participate more in his mother's business. However, things fall apart by the end of the season, and he's forced to flee the neighborhood after shooting a police officer.

In the new season's trailer, Kanan returns to Queens, where Raq is trying to mend the many fractures in the Thomas family. As Raq expands her empire, Kanan doubts his future in the drug game. Meanwhile, Detective Howard is released from the hospital. Next, Raq learns she may have a snitch and tasks Marvin with confirming the rumor. Lou brings in a potential new artist, but he and Crown disagree. Kanan helps Famous sell mix tapes, and Jukebox tracks down her estranged mother. Further on, Raq tries to expand into new territory, but when an associate and valuables go missing, she is reunited with an old adversary. Lou continues to butt heads with Crown.

Patina Miller returns as Raquel Thomas, and we'll also see Joey Bada$$ as Unique, London Brown as Marvin, Malcolm M. Mays as Lou-Lou, Shanley Caswell as Burke, Antonio Ortiz as Shawn 'Famous' Figueroa, Quincy Brown as Crown Camacho, Jose Guns Alves as Jeronimo Guillén, Kj Smith as Palomar, Goya Robles as Joaquin, David Castro as Marco Boselli among the cast members. The older Kanan who narrates Raising Kanan is voiced by 50 Cent, who is also an executive producer on the show, and wrote and performed the show's theme song, Part of the Game, together with NLE Choppa.

Season 2 of Power Book III: Raising Kanan premieres Sunday, August 14, 2022, and you will be able to watch the season premiere on STARZ at 9 pm ET. We should see 10 episodes coming out for the latest installment, with one new episode launched every other week at the same hour. All the episodes will also be available to stream on the STARZ platform.

In your home country, you can easily watch your favorite shows and movies online through one of the numerous live TV and streaming platforms that are available out there nowadays. However, these services are usually geo-restricted due to licensing deals, so you might find yourself unable to access them while traveling to other states or outside the country. We recommend you use a VPN subscription to stream Power Book III: Raising Kanan Season 2 online since this tool changes your IP address to one from back home and lifts the blockade.

If you don't know what tool to use, know that ExpressVPN is the best tool on the market right now, with millions of subscribers. Most importantly, it can easily unblock almost any streaming platform, such as Hulu, STARZ, Netflix, Amazon Prime Video, and many more. This VPN also protects your data with strong encryption protocols, has high-speed connections, no logs, and no bandwidth caps. The best thing is that the company's generous no-questions-asked money-back guarantee lets you try ExpressVPN for 30 days RISK-FREE.

Besides this risk-free trial, you can also enjoy a hefty discount if you go for the annual plan while you subscribe to ExpressVPN (49% discount + 3 Months FREE). Start by heading to their website in order to create an account, which only takes a few minutes. You need to fill in your details, and after the payment is processed, you can download the app for your device or system. Once the installation is complete, open the VPN app and run it using a server located back home. All the restrictions are now lifted, so you can finally load the streaming service to watch Power Book III: Raising Kanan Season 2 online after it premieres.

How to Watch Power Book III: Raising Kanan Season 2 Online in the US

If you live in the US, there are a few ways to watch Power Book III: Raising Kanan Season 2 online besides the obvious one, and we are talking about using one of the several live TV and streaming services out there that have STARZ in their offering. Let's see what options you have at the moment.

This show will be exclusive to the service since it's a STARZ original title, so the easiest way to watch Raising Kanan Season 2 online is through the STARZ streaming platform. Right now, you can get your hands on a special offer - you will only pay $5.00 per month for the first three months and $8.99 a month thereafter. You also get a 7-day free trial upon subscribing if you're new to the service.

Watch the latest tv shows and hit movies from anywhere. Stream On Any Device.

Hulu is a streaming service that lets you enjoy STARZ as a premium add-on to any Hulu plan for an extra fee of $8.99 a month, and you also have a 1-week trial for it. Hulu On-Demand plans cost $6.99 per month with ads and $12.99 per month without ads, and they both include a very generous 30-day free trial.

You can also get STARZ as an add-on with your Sling TV subscription. This Premium channel pack offers six channels belonging to STARZ for $9.00 extra per month. We should mention it provides 50 channels from various categories, and it has three packs that start at $35 per month, but the current offer gives you 50% off your first month on Sling TV.

Philo is another streaming service that offers STARZ as a premium add-on. You can get it for an extra fee of $9.00 per month, and it includes three STARZ channels. The platform includes 64 channels for $25 per month, and there's also a 7-day free trial on offer right now.

Whichever streaming platform you choose, know that they will be most probably restricted if you try to access them while traveling abroad. But that won't stop you from watching the series if you run a reliable VPN in the background set to a server located back home before loading the platform. Read the segment above for more details.

How to Watch Power Book III: Raising Kanan Season 2 Online in the UK

If you live in the UK, you will be able to watch Power Book III: Raising Kanan Season 2 online in a couple of ways on the same day as in the US. The first is the standalone STARZPLAY streaming service starting from £5.99 per month, and you get a free trial as well. The second option is to add STARZPLAY via Amazon Prime Video as a premium channel for £5.99 per month, which is included in the £7.99 per month Prime membership (renew after September 15 for £8.99 a month). The best part is you can enjoy a 7-day free trial for STARZ.

Traveling away from the UK? You may find that some services have geo-restrictions in place, so you will need to turn to a powerful VPN to lift the geo-blockade to watch Power Book IV online. Just open your VPN, select a UK server, and turn the app on before accessing the streaming service.

If you live in Canada, you have several options. You can subscribe directly to Starz on their website through a cable provider, or there's also the option of adding STARZ to your Prime Video channels through the Amazon Prime Video subscription, and you get a 30-day free trial for both of them. The channel costs $5.99 per month, and the Prime membership is $7.99 per month in Canada.

You can also turn to the Crave streaming service that offers Starz, Showtime, HBO, and HBO Max for $19.99 a month and a 7-day free trial for new customers.

Traveling when the episodes land? All streaming services are geo-restricted, and that means you may not be able to access your library while you are abroad unless you subscribe to a trustworthy VPN that can lift the geo-blockade. Just turn it on using a server from back home, then access your streaming service.

You can also add STARZPLAY to your Amazon Prime Video subscription if you live in Australia and want to watch Rising Kanan Season 2 online. You get to enjoy a 7-day free trial for this Prime channel, and the add-on is just $3.99 per month after that, on top of the Amazon Prime membership of $6.99 per month. You can also log in with your TV provider credentials on the STARZPLAY website and watch there for no extra cost.

The new season will also premiere on the Stan streaming platform on August 14 if you are interested in other options. You can start using Stan with a 30-day free trial if you are a new customer, and plan prices start at $10 a month.

All streaming platforms impose restrictions abroad, so you may find yourself unable to access this series when traveling away from Australia. Save yourself the trouble by using a good VPN running in the background. Just select an Australian server and then access the streaming service.