How to Watch NFL Preseason 2022 Live Stream Online From Anywhere 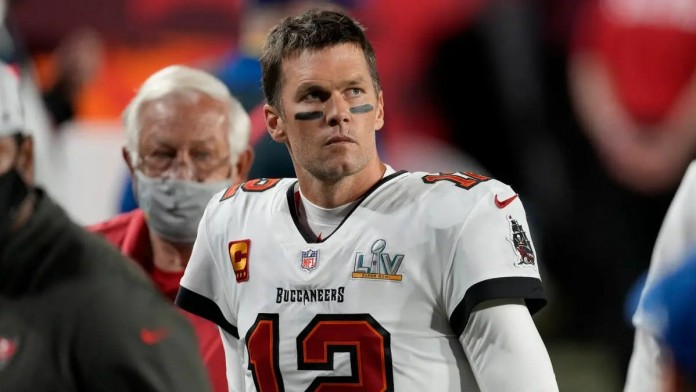 Football enthusiasts across the US are awaiting the start of the latest edition of one of the most popular sports competitions in the country. The 103rd season of the National Football League is almost upon us, and 32 teams will be battling it out to reach the 2022 Super Bowl.

A fascinating NFL season awaits us in the coming months, but before all the action gets underway, teams are set to participate in preseason matches to prepare for the start of the new season. Preseason fixtures are a great way for players to get back to full fitness and match rhythm, while coaches often use them to try out different tactics and get a better idea of which players they can and should use for the coming year.

Preseason matches also allow fans to see young players on the field as they battle to make it to the main 53-man roster. There will be a total of 49 games throughout the 2022 NFL pre-season, and they will all be broadcast live, with some even set to air on national television in the US.

The Los Angeles Rams are the defending NFL champions and will be determined to win the title again this year. The other title contenders will be the Kansas City Chiefs, the San Francisco 49ers, the Tampa Bay Buccaneers, and the Green Bay Packers. It will certainly be interesting to see which teams qualify for the playoffs. But before that, check out the NFL pre-season matches to find out which teams have the edge going into the new season.

The NFL preseason 2022 starts with the Pro Football Hall of Fame Game between the Las Vegas Raiders and Jacksonville Jaguars on August 4, 2022, and concludes on Sunday, August 28, 2022. You can find the complete team-by-team schedule here. We will give you all the information you need on where and how to watch every NFL preseason game live from anywhere in the world without the need for cable.

How to Watch 2022 NFL Preseason Live Stream Online From Anywhere

NFL games are broadcast in hundreds of different countries, but if you travel abroad or live in a region with no access, you will find it hard to figure out where to watch games live. This is because all streaming services are geo-blocked and only work in specific regions. But worry not because you can use a VPN to watch the NFL preseason 2022 live stream online. A VPN will give you a virtual location, enabling you to watch the games live while you are on the go.

We recommend that you use ExpressVPN, which is one of the world's most highly rated, secure, and popular VPNs. It also works with almost every streaming service, unlike most other VPNs. Moreover, you can take advantage of several exciting offers, such as the no-questions-asked money-back guarantee. So go ahead and try ExpressVPN for 30 days RISK-FREE.

If you want to subscribe to ExpressVPN (49% Discount + 3 Months FREE), just head over to its website, fill out all the necessary information, select your pack, pay the subscription fee and download the app on your desired device. After that, you can select a VPN server from your home country and turn on the streaming service with the broadcasting rights. Once this process is complete, you can watch the NFL preseason 2022 live and on the go.

fuboTV is a great way to watch NFL games live every year, and you can find all the above-mentioned national TV channels on its list of hundreds of dedicated channels. With this streaming service, you can easily watch live NFL preseason games. Plus, if you are a new subscriber, you can take advantage of the 7-day free trial offer on fuboTV.

Sling TV also carries all the above-mentioned national TV channels. It is a very reliable and affordable option for NFL fans, and you can subscribe to the Sling Orange + Blue pack for all the channels you need. With this, you will be able to tune in to the majority of the NFL preseason games.

Hulu + Live TV is another great option, and NFL fans can watch several preseason games on this platform. This subscription service offers dozens of premium channels. There is also an amazing offer going on, and you can get Hulu + Live TV, Disney Plus, and ESPN+ for a combined subscription fee of $69.99 per month.

NFL+ is another great option, and it will broadcast almost half of the preseason games live. A subscription costs just $39 per season, and you can also get a 7-day free trial if you are a new subscriber.

If you are an NFL fan traveling abroad, you can still watch preseason games live by using a working VPN. Streaming services are normally geo-blocked, but using a VPN will make it appear that you are browsing from the United States, and you will be able to watch NFL games without any issues.

NFL Preseason 2022 Live Stream: How to Watch in the UK for FREE

If you are an NFL fan living in the UK, you can watch preseason games live by purchasing a subscription to the NFL Game Pass. This platform has the rights to broadcast all preseason games, as well as 270+ games from the regular season. You also get tons of other content. Plus, there is also a 7-day free trial option. You can watch all the preseason games without spending any money with the Free plan. On the other hand, a Pro subscription costs £150.99 per year.

If you are traveling away from the United Kingdom but still want to watch the NFL Preseason games live, you can do so with the help of a secure VPN. Simply select a UK-based virtual location, and you will be able to watch all the NFL action while on the go.

How to Watch NFL Preseason 2022 Live Stream in Canada

If you live in Canada, you can easily watch NFL Preseason games live on DAZN Canada. It offers subscribers access to the NFL Network, Redzone TV, and the NFL Game Pass. You will not miss a single preseason game; your subscription will also come in handy when the regular season starts.

If you want to keep accessing DAZN Canada while traveling abroad, you will need a fast VPN. This is because the streaming service is geo-blocked, but a VPN will help you unblock those restrictions, making it possible to watch games live on the go.

If you are an NFL fan in Australia, you can watch Preseason games live for free. Just subscribe to the NFL Game Pass and purchase the Free plan, and you will be all set to watch all Preseason games. Alternatively, you can also watch 270+ NFL games live plus other forms of NFL content by purchasing the Pro pass for AU $280.99 per year. You will get a ton of great benefits, including a 7-day free trial.

You will need a reliable VPN if you are traveling abroad but still want to watch the 2022 NFL Preseason live. An Australian server will help you bypass the geo-restrictions and allow you to watch all the football action live.