How to Watch Lies Beneath the Surface Online From Anywhere: Stream the Thriller Movie 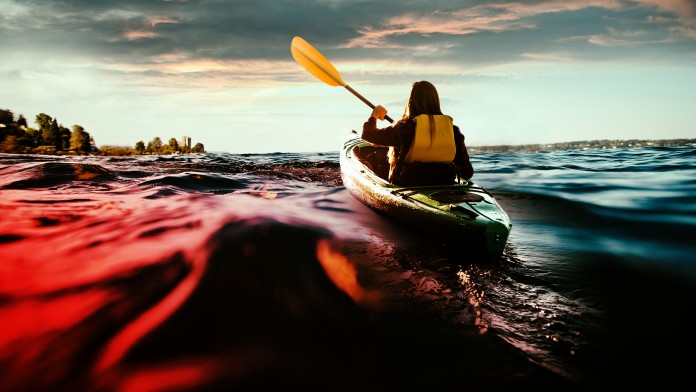 If you love thriller movies, we have good news for you. A new title is going to premiere soon, and you will even be able to stream it online, including on the go or while traveling. Keep reading to find out all the details you may need, including the premiere date, cast, plot, and the streaming services that will help you watch it. This being said, let's see when, where, and how to easily watch Lies Beneath the Surface online from anywhere in the world.

After the death of her daughter and getting divorced, Hanna Nielsen wants to start over. As she is kayaking by herself in a remote lake, she notices some suspicious activity at a nearby cabin. This leads her to believe the woman and her daughter staying there may be in danger, so she calls the police. After the authorities check the place and find nothing unusual, they brush Hanna off, so she looks in on the family herself. Unfortunately, this decision sets off a deadly cat-and-mouse game of survival as she uncovers an abusive husband and murderous mother-in-law.

The movie stars Lelia Symington as Hanna, Michael Perl as Cooper, Ben Swilley as Lou, Sarah Malfara as Kate, Ashleigh Ann Wood as Liz, Brad Worch II as Jason Marks, and Andrew Vilar as Deputy Shin, among others, and it is directed by Jose Montesinos and written by Matt Fitzsimons.

The Lies Beneath the Surface movie premieres on Friday, August 5, 2022, and you can see it air on the Lifetime Movie Network (LMN) at 8 PM ET.

How to Watch Lies Beneath the Surface Online From Anywhere

It is pretty easy to watch content online in your home country nowadays, thanks to the great amount of live TV and streaming platforms out there. However, you may find yourself unable to access some titles or the entire service while traveling due to the geo-restrictions these services have. There is a simple way to forget about this problem, and that is to use a VPN subscription to stream Lies Beneath the Surface online while traveling. We say this because a VPN can change your IP address and make it seem like you are back home.

If you're looking for recommendations, ExpressVPN is the most reliable and popular tool on the market right now, with millions of subscribers and strong encryption protocols to protect your data online. It can instantly unblock almost any streaming platform, such as Hulu, Channel 4, Amazon Prime Video, Netflix, BBC iPlayer, and several others, by routing your connection through one of its thousands of servers all over the world. It's very easy to use, even for beginners, and you can even try ExpressVPN for 30 days RISK-FREE to test these features since there's a no-questions-asked 30-day money-back guarantee included.

If you select the annual plan, you can also enjoy a hefty discount when you subscribe to ExpressVPN (49% discount and 3 months FREE) on their website. To get started and create an account, fill in your details and pay, then download and install the app suited for your device or system. Once that's done, open the app and switch it on using a server located back home. Finally, load the streaming service of choice to watch Lies Beneath the Surface online from anywhere after it premieres on the platform.

How to Watch Lies Beneath the Surface Online in the US

Lies Beneath the Surface airs on Lifetime, so this means you will be able to stream the episodes on the network using a subscription to one of the live TV and streaming services that have it in their offering, among others. Let's see what options you have at the moment.

How to Watch Lies Beneath the Surface Without Cable

The Hulu + Live TV subscription is one of the best deals on the market right now if you want to live stream LMN. The streaming platform includes the popular On-Demand service and the Live TV service for $69.99 per month. What's more, the deal is sweetened by throwing in another two streaming platforms for free as a special offer, so you will also get Disney Plus and ESPN Plus for free.

Then, there's the Sling TV streaming platform that offers live TV from around 50 channels, and LMN is included with the Blue and Orange + Blue packs. Right now, you get a 21-day free trial on Sling TV for all its plans and add-ons if you're new to the service. Prices start from $35 per month, and there are a lot of add-ons and extras to customize your subscription.

One of the cheapest streaming services would be Philo, which costs $25 a month. The platform offers LMN among the over 60 channels featured in its single pack, and several attractive perks are included. You will also get a 7-day free trial on Philo if you're a new customer,

You will also find LMN in all four plans that the DirecTV Stream live TV and streaming platform has (LMN HD is on channel 253), and prices start at $54.99 a month for the first two months and then $69.99 per month after that (there's also a free trial). Plus, you will also get to test Cinemax, Starz, Showtime, and Epix for free for three months if you select them when subscribing.

The last option is to live stream Lifetime using your TV provider credentials, or you can stream the latest episode the next day on the Lifetime network's website for no additional cost. Keep in mind that a supported cable or streaming TV package that includes Lifetime in your channel lineup is required to play locked videos.

We should mention that all the services listed above are geo-restricted outside the US due to licensing deals, so you won't be able to access them while traveling unless you run a capable VPN in the background. For this to work, you just need to use a VPN server from a region back home.

How to Watch Lies Beneath the Surface Online in Canada

Lies Beneath the Surface will air on Lifetime Movie Network in Canada. However, when it comes to streaming it, we do not have any official information. You could still check STACK TV, which usually hosts Lifetimecontent. You can also add Stack TV to your Amazon Prime subscription as a Prime channel for CA $12.99 per month on top of the CA $9.99 per month for the Prime membership and get a 30-day free trial for both services.

If you do find this title and want to watch it while traveling abroad, you may face geo-blockades due to licensing deals. This means you will need to resort to a powerful VPN set to a server from a region back home in order to unblock the streaming service.

Can I Watch Lies Beneath the Surface Online in the UK and Australia?

Unfortunately, we have no good news for you if you live in the UK or Australia since there is no streaming platform that has announced hosting this title. However, you can turn to a VPN solution to access one of the streaming services listed in the United States segment, and it's as easy as running the tool in the background after selecting a US server.