How to Watch Hell’s Kitchen Season 21 Online From Anywhere 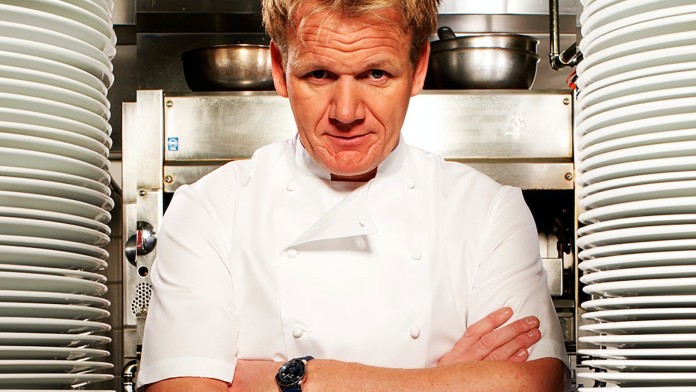 Are you ready to get back into Hell's Kitchen? Gordon Ramsay is returning for the 21st season on Fox, and we're eager to see what new insults he can come up with. Let's check out where, when, and how to watch Hell's Kitchen Season 21 online from anywhere.

Everyone knows that Ramsay's TV persona is rough around the edges, especially when working with other chefs in his show. Each season, we have two teams of chefs that compete for the big prize - a job as head chef at a restaurant. Of course, they need to survive through all the trials Gordon prepares for them, as well as the verbal aggression and the pressure in the kitchen.

The new season will feature 18 contestants, with the teams divided by age group. We're going to see two teams: the red squad is made up of 20-somethings, whereas the blue team is made up of 40-somethings. This is the same as they did back in Season 1 and Season 18 when the teams were divided by age instead of gender. Hell’s Kitchen Season 21 has been dubbed Hell's Kitchen: Battle of the Ages.

Hell's Kitchen Season 21 premieres on Fox on September 29, 2022, at 9:30 pm ET. Fox hasn't announced how many episodes there will be, but previous seasons that featured 18 contestants ran for 16 episodes.

How to Watch Hell's Kitchen Season 21 Online From Anywhere

Watching Gordon Ramsay's Hell's Kitchen online should be super easy to do as long as you are in your home country and have a subscription to a service that offers the content. Things change, however, when you cross the border to another country. Your best bet is to use a VPN to watch Hell's Kitchen Season 21, as this tool will help you bypass any blockade.

Our recommendation is to use ExpressVPN as it is one of the best tools on the market today, with thousands of servers across the world. The tool can circumvent geo-blockades on services like Netflix, Hulu, Disney+, etc., and you can try ExpressVPN for 30 days RISK-FREE as the company has a no-questions-asked money-back policy.

You should start by subscribing to ExpressVPN (49% discount and 3 Months FREE) via its website and picking the annual plan since this one comes with a good deal. You should fill in your personal details to create an account, pay for the subscription, and then download the app for your device. Whenever you want to watch Hell's Kitchen Season 21 when traveling abroad, go ahead and launch the VPN and pick a server in your home country before loading the streaming service.

Hell's Kitchen is kicking off its 21st season on Fox, and we can't wait for the show to start. Thankfully, there are a lot of live TV platforms that feature Fox, so it should be fairly easy to do.

Our list kicks off with Sling TV, which is an awesome platform that allows users to customize their subscriptions. Fox is part of both the Blue and Orange+Blue plans, so you'll have to pay between $35 and $50 per month for your subscription, but right now, you can get 50% off on your first month on Sling TV.

fuboTV is another option if you love Fox shows. The channel is part of all of the available bundles, so you'll pay upward of $64.99 per month for your subscription. There are a lot of extra channel packs and premium networks you can add to your account.

Hulu + Live TV is also a great option for those who want to keep up with Hell's Kitchen online because it features Fox, among many other channels. Hulu + Live TV also comes with access to Hulu's on-demand service, Disney+, and ESPN+, which is enough to get us wanting to sign up.

You can also subscribe to DirecTV Stream as it features Fox in all its plans. The subscription prices start at $49.99 per month for the first 2 months and climb to $69.99 per month after that.

You can also catch Hell's Kitchen Season 21 directly on the Fox website. You'll just have to sign into your account with credentials from a TV provider that features Fox. This will allow you to watch content several hours after it aired. Generally, you can watch Hell's Kitchen episodes for free for an hour. If you use a VPN and the incognito mode on your browser, you can enjoy as many hours of content as you want.

Whatever live TV or streaming service you choose to go for, please remember that when you travel abroad, you have to use a reliable VPN. Just pick a server that's located in the United States and connect to it before loading a streaming platform to watch Hell's Kitchen Season 21.

Can I Watch Hell's Kitchen Season 21 in Canada, UK, or Australia?

Unfortunately, we couldn't find the new season of Hell's Kitchen streaming on any of the services in these countries. Some previous seasons are available to watch on ITV and Amazon Freevee in the UK, CTV in Canada, and 7Play in Australia.

However, you can also get a capable VPN and try to sign up for one of the streaming services from the United States if you really want to keep up with the show in the UK, Canada, and Australia.