How to Watch Hard Knocks Season 18 Online From Anywhere 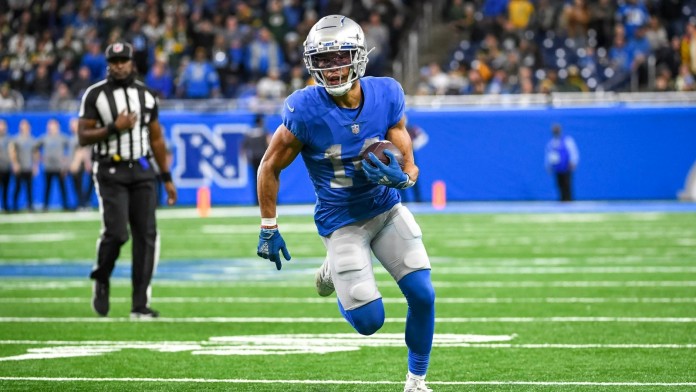 Ahead of the 2022 NFL season that's scheduled to begin on September 8, we will be treated to an interesting show that will give us exclusive behind-the-scenes moments into the league's training camps. And this time, it will feature a team that's never been on the show before. Football fans - what are you waiting for? Keep reading to find out where, when, and how to watch Hard Knocks Season 18 online from anywhere.

Hard Knocks aims to give the audience the best inside look possible into the NFL training camps in the upcoming seasons. The show sheds light on what it takes to be in the National Football League, from the best coaches to the rookies vying for a spot on the squad. This year, we will get to see the Detroit Lions as they prepare for the 2022 NFL season, as the show follows them through training camp and the preseason. This will be the first time the Lions have appeared on "Hard Knocks," following a 3-13-1 record in 2021. In this series, we'll follow Detroit Lions' head coach Dan Campbell as he prepares the squad featuring a mix of young up-and-coming stars, seasoned veterans, free agents, and highly regarded rookies.

How to Watch Hard Knocks Season 18 Online From Anywhere

Movies and TV shows are now easier to watch online than ever before; the only requirement is that you are in your home country and have access to a service that provides the content. The issue with the majority of these services is that they are geo-restricted, making it impossible for you to use them while you are traveling abroad. If you're having trouble with this, don't worry. You can use a VPN to watch Hard Knocks Season 18 online, which will change your IP address, so it appears you're in your local area.

We recommend choosing ExpressVPN because it has thousands of servers worldwide and can unblock most streaming services like Netflix, Hulu, etc. Additionally, it provides a money-back guarantee, allowing you to try ExpressVPN for 30 days RISK-FREE. Furthermore, it guards you against security lapses and safeguards your online privacy with powerful encryption techniques. This VPN is user-friendly, especially for beginners, and compatible with many devices, including smartphones, tablets, desktops, routers, etc.

If you want to bag a great bargain, go to its website and subscribe to ExpressVPN (49% Discount + 3 Months FREE). After downloading the native app for your device or system, you can log in through a sign-in link sent to your email address or an activation code. Next, choose a server from your home country when you turn on the VPN, and then access a streamer to watch Hard Knocks Season 18 online from anywhere.

HBO Max is also available through subscription providers like Apple, Google Play, and Roku, so you can also check if that's better suited for you. The streaming service offers native apps for iOS, and Android devices, smart TVs, and consoles. And it's also good to know that you can stream content in 4K.

DirecTV Stream also offers HBO Max as a Premium add-on network, so you can easily watch Hard Knocks Season 18 on this platform. The add-on costs $14.99 per month, and plans for DirecTV Stream start at $54.99 monthly for 2 months and $69.99 per month after that.

You can use a capable VPN to watch the series while traveling abroad. This tool will remove all geo-restrictions you may face; just pick a US server when you turn on the VPN before accessing a streamer to watch Hard Knocks Season 18 on the go.

How to Watch Hard Knocks Season 18 in the UK

Even though HBO Max is not available in the UK as a standalone service, HBO has an exclusive first-look content deal with Sky. So you can watch the title on Sky Sports live online via Sky's NOW streaming platform for £9.99 per month, with a 7-day free trial.

Most steamers are geo-blocked due to licensing agreements, so you can use a reliable VPN to watch Hard Knocks Season 18 while traveling abroad. You can pick a UK server, turn on the VPN and access the platform for easy streaming.

How to Watch Hard Knocks Season 18 in Canada

Canadians may be able to watch Hard Knocks Season 18 on Crave, as it offers HBO Max and HBO, along with Starz and Showtime. A subscription to this service will cost you $19.99 per month, and new customers also get a 7-day free trial.

A strong VPN will remove geo-restrictions so you can watch Hard Knocks when you're traveling abroad. Just select a Canadian server when you turn on the VPN, and you're good to go.

How to Watch Hard Knocks Season 18 in Australia

Hard Knocks is usually available to stream on Kayo Sports, so you should check the platform in case it lands there. A subscription to this service starts from $25 per month, including a 14-day free trial for new customers.

If you're traveling abroad, you can use a good VPN to remove any geo-restrictions you may face. Choose an Australian server when you turn on the VPN, and then access a streamer to watch Hard Knocks 2022 on the go.