How to Watch Hacks Season 2 Online From Anywhere 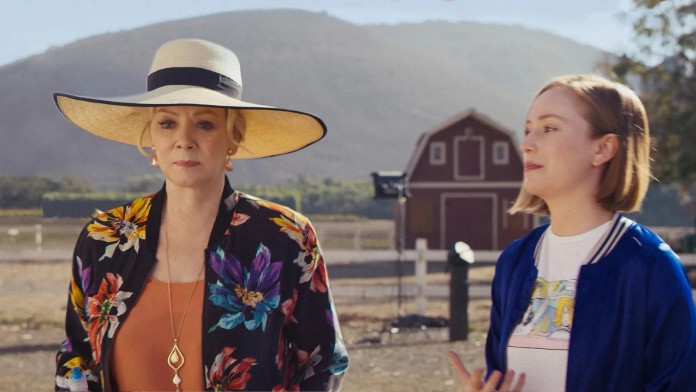 A new season of the Hacks series will premiere soon, and we will be able to watch all the episodes online quite easily. We have all the information on the plot, cast, and release date, so let's see when, where, and how to watch Hacks Season 2 online from anywhere.

Get ready for our second act. The Emmy-award-winning Max Original is back for more, with Deborah Vance and Ava setting out on tour. The dark mentorship between legendary Las Vegas comedian Deborah Vance and her young, entitled writer Ava continues to evolve as the two travel across the country workshopping Deborah's new stand-up act.

Hacks Season 2 will premiere on Thursday, May 12, 2022, and we will be able to see the series on the HBO Max streaming service. As it usually happens with new content on streaming services, the new episodes will appear on the platform after midnight PT (03:01 AM ET). The series is expected to have nine episodes, and the first two will become available on the series premiere day simultaneously. The rest will follow on a two-per-week schedule every other week on Thursdays.

How to Watch Hacks Season 2 Online From Anywhere

We all know it's pretty easy to watch content online since there are so many live TV and streaming services on the market nowadays, but this is only true when you are in your home country. You might find yourself unable to access these services if you are traveling since they are geo-blocked abroad and in some territories. However, you will be able to circumvent the blockade and watch Hacks Season 2 with a VPN because VPNs can change your IP address and make it appear like you are back home, thus lifting geo-related restrictions.

We recommend you use ExpressVPN to easily unblock several streaming platforms, such as HBO Max, Hulu, Netflix, and several others, since it's one of the best tools on the market right now. It has over 3,000 servers in almost 100 countries all around the world, boasts fast and stable connections and strong encryption protocols to protect your data, and it's extremely easy to use, even for beginners. There's a no-questions-asked money-back guarantee included, so go ahead and try ExpressVPN for 30 days RISK-FREE.

Besides testing it, you can also take advantage of a significant discount if you subscribe to ExpressVPN (49% discount + 3 Months FREE) on their website and select the annual plan. You just need to create an account to get started, and the steps are very intuitive, so fill in your details and make the payment to download and install the app suited for your device. The last step is to open the VPN, select a server in a location from back home, and turn on the tool. You can now access the streaming platform to watch Hacks Season 2 online from anywhere since all the geo-restrictions are now lifted.

How to Watch Hacks Season 2 in the US

Hacks Season 2 is an HBO Max original, so you can watch it through this streaming platform, but you can also get HBO Max as an add-on to some live TV and streaming services, so let's see what your options are.

The most obvious thing to do is subscribe to HBO Max to watch Hacks Season 2 online. You can either subscribe to HBO Max via the HBO Max website or subscription providers such as Apple, Google Play, and Roku. There are two tiers right now: the ad-supported tier is $9.99 per month or $99.99 per year, and the ad-free tier costs $14.99 per month or $149.99 per year. HBO Max offers native apps for iOS, and Android devices, smart TVs, gaming consoles such as PlayStation and Xbox, Roku, or Chromecast, and you can even stream content in 4K.

If you're looking for alternatives, a great option for you is to go for Hulu and select HBO Max as an add-on. You will be able to test the ad-free HBO Max plan for 7 days, and it costs $14.99 per month after the free trial ends unless canceled. The streaming platform has two On-Demand plans that start at $6.99 per month, and there's a generous 30-day free trial on Hulu for these plans.

Another option you can take advantage of is the DirecTV Stream live TV and streaming platform, where you can also add HBO Max as a Premium add-on network and get a 3-month free trial to test it. After the HBO Max trial ends, they will charge you $14.99 per month for HBO Max unless you cancel before that happens. The prices here start at $69.99 per month, and you will also get to enjoy a 5-day free trial on DirecTV Stream.

You can also get HBO Max as a premium add-on through the YouTube TV live TV and streaming platform. You will get a 7-day free trial for HBO Max, and the service will charge you $14.99 per month unless you cancel before the trial ends. You will pay $64.99 per month for the over 85 top channels single pack here and get a free trial that ranges from two to seven days.

If you're traveling away from the US, you may lose your access to your library or service in some countries or states due to geo-restrictions. However, you can circumvent this issue by using a reliable VPN that can unblock the streaming platforms abroad. More details are in the segment above.

How to Watch Hacks Season 2 in Canada

You cannot subscribe directly to the HBO Max streaming platform in Canada, but you have another great option. You will be able to watch Hacks Season 2 online in Canada on Crave for $19.99 a month, where you will also find Season 1. The streaming service offers HBO, HBO Max, and also Showtime, and Starz, and you also get a 7-day free trial upon subscribing.

Streaming services are usually geo-restricted, so you may need to use a VPN to lift the blockades and watch the series if you're traveling abroad. You just need to select a Canadian server from a region back home and turn on the VPN before accessing the streaming service.

How to Watch Hacks Season 2 in the UK

You will find Hacks Season 1 available on Amazon Prime Video, but we have no news regarding Season 2. However, HBO has an exclusive first-look content deal with Sky in the UK, and you may be able to see Hacks Season 2 on NOW in the UK. Subscription prices for Sky TV start at £26 per month. For the NOW streaming platform, prices start at £9.99 per month, with a 7-day free trial available for all new customers.

Almost all streaming platforms are geo-restricted, so you may not be able to access this title or the platform if you decide to travel away from the UK. However, you can bypass this issue if you subscribe to a capable VPN and set it to a server located back home before accessing the streaming platform you are subscribed to.

How to Watch Hacks Season 2 in Australia

If you live in Australia, you probably know that HBO Max has not yet launched here. Some of its content is available to watch online on-demand via Foxtel services, but this time we'll get Hacks Season 2 on the Stan streaming platform on May 13. All packages include a 30-day free trial for new customers here, and prices range from $10 to $19 per month.

If you will be traveling away from Australia when this title lands, you will need to access the title through Binge after using a powerful VPN since almost all streaming platforms are geo-blocked abroad. All you need to do is to set your VPN server to a region from back home and then access the streaming service.