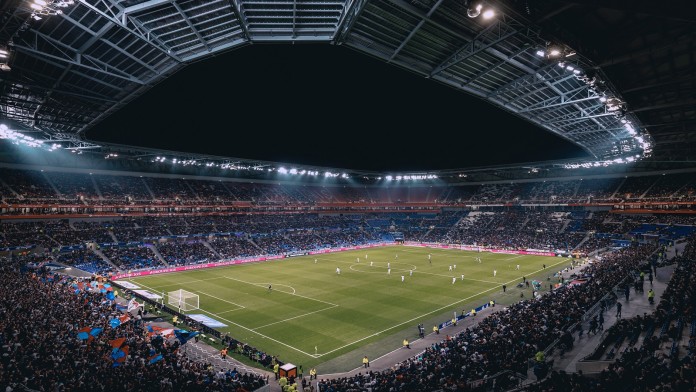 From November 20th, 2022 FIFA World Cup will dominate television worldwide and continue to rule till the final match on December 18th. Fortunately, there are streaming sites in a number of countries, including the UK, the US, and Australia, if you want to go for cable-free viewing of the World Cup 2022 on Roku TV.

In most countries, FIFA World Cup is only available on paid streaming services. But there are several legitimate broadcasters like BBC iPlayer, ITV Hub, and SBS on Demand that will air matches that offer World Cup Live Streams free in their country. However, there are only a handful but reliable options when it comes to their availability on the Roku app.

For example, BBC iPlayer and ITV are available on Roku TV or Stick. Similarly, Fubo TV and Sling TV also have their native apps for US fans. Unfortunately, SBS on Demand doesn’t feature an app on Roku devices.

Depending on the regional availability, you could opt for the service of your choice. Or you could use a VPN to obfuscate your real location and stream World Cup matches from anywhere for free.

In this guide, we will show you how to watch the World Cup 2022 on Roku TV and list down the best free World Cup streaming websites.

A VPN simplifies the process of accessing the FIFA World Cup. Follow these simple steps on how to watch the World Cup on Roku TV with a VPN:

Can you get Free World Cup Live Streams on Roku TV?

Yes, you can watch all the matches of World Cup 2022 on Roku for free using UK’s BBC iPlayer and ITVX apps. The tournament matches will be spit across both channels, with the semi-finals and finals airing on both. If you are located outside the UK, you can simply use a World Cup VPN to access the streaming platform.

A VPN simply resolves the issue of missing out if you are in a country where the tournament is not broadcasted. When it comes to picking one, we recommend using one of the best World Cup VPNs, which will allow you to access the go-to streams regardless of where you are in the world.

Our current best pick is ExpressVPN which has cross-platform availability alongside superb speed and great customer service. And with its 30-day money-back guarantee, you could even sign up just for the coming World Cup season.

Additionally, the World Cup matches will be free to watch on SBS On-Demand in Australia. Since its app is not available on Roku, we will skip discussing this streaming option, but you can still use the service on other devices.

Apart from that, you can watch the Word Cup action on Fox Sports, FS1, & FS2 via Fubo TV and Sling TV app on Roku. However, both services require you to have a subscription.

There are only a few services that have confirmed they are going to air the World Cup match in the whole 4K HDR beauty. As long as your devices are compatible with HDR10 or Dolby Vision HDR, you are good to enjoy the live action in the best picture quality.

There is some good news if you are in the UK. The BBC has officially confirmed that the network will stream all of its share of live games in 4K and HDR. That also means the first match between Qatar and Ecuador on 20th November should stream in 4K on your compatible Roku TV.

From the 2018 World Cup to the 2022’s UEFA Champions League, BBC iPlayer has aired all the important matches in 4K HDR, and it seems it is going to continue its long-held tradition. However, there is no official confirmation from ITV Hub on airing in 4K picture quality, but you can definitely expect HD streams.

Coming to the United States, Fox Sports has also promised to air every match in 4K HDR. The same goes for JioCinema.

Matches will also be broadcasted on Peacock in Spanish, but the picture quality will settle to 1080p HD – not 4K Ultra HD. Similarly, Australia’s local SBS on Demand makes no mention of providing live coverage of the Qatar World Cup in 4K HDR.

It's worth noting that the network that won’t air in the HDR format will go for the hybrid log gamma (HLG) format, which by no standard is bad.