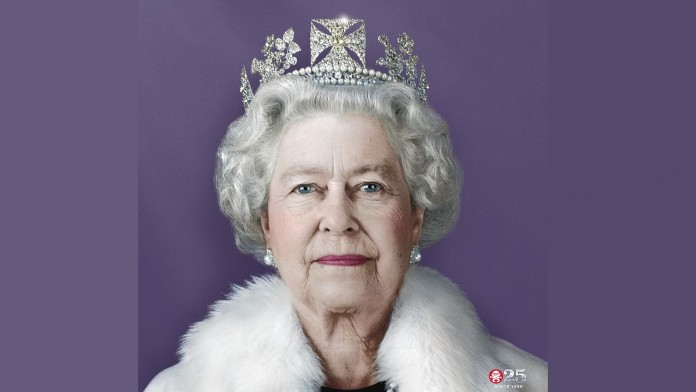 Elizabeth: A Portrait in Part(s) is a documentary on the life of Queen Elizabeth II, the longest-lived, longest-reigning British monarch and longest-serving female head of state in history. This title will soon premiere, and it will be very easy to stream it online. We have all the information you may need, including the release date, so let's see when, where, and how to watch Elizabeth: A Portrait in Parts online.

Elizabeth is an archive-based documentary film about the Queen. A celebration. A truly cinematic mystery tour up and down the decades: poetic, funny, disobedient, ungovernable, affectionate, inappropriate, mischievous, in awe. Funny. Moving. Different. The Queen as never before. The film was a passion project for Roger Michell, the late filmmaker who finished the film on the day that he passed. The late British director's final film includes lots of archival footage, showcasing how the Queen of England grew into her role.

From the famed director of Notting Hill and Tea with the Dames comes Elizabeth: A Portrait in Parts. A nostalgic, uplifting, and modern documentary about Queen Elizabeth II – the greatest British monarch of all time and longest-serving female head of state in history. For the last nine decades, Queen Elizabeth II has been entrenched in our collective consciousness: instantly recognizable, yet elusively and perpetually unknowable. Until now. With extraordinary access to rare footage from the Royal Archives, this is a truly cinematic celebration of an icon that reveals a unique glimpse of the woman behind the legend.

The 89 minutes long Elizabeth: A Portrait in Part(s) movie will premiere on Friday, May 27, 2022, in theaters worldwide. You will also find this new documentary available to watch on Showtime and Amazon Prime Video, depending on the country you're in, but you won't be able to stream it before June 1, 2022.

How to Watch Elizabeth: A Portrait in Parts Online From Anywhere

You can easily stream series and movies online nowadays by becoming a subscriber of one of the quite many streaming services available. However, you may find yourself unable to access your subscriptions or some titles in your library while traveling abroad or even to some states because these platforms are geo-restricted. The best thing you can do to watch Elizabeth: A Portrait in Part(s) online is to use a VPN to lift any blockades since this tool can make it appear like you are back home.

We recommend you use ExpressVPN as far as effective VPNs go since it can unblock several streaming platforms in a blink of an eye, including Showtime, Hulu, Netflix, BBC iPlayer, and many others. You also get tight encryption protocols to protect your data online, fast and stable connections, and access to thousands of servers placed in almost 100 countries around the world. Moreover, you can take advantage of the 30-day money-back guarantee this tool offers to try ExpressVPN RISK-FREE for 30 days.

You also get a substantial discount if you select the annual plan, so create an account on the official website to subscribe to ExpressVPN (49% discount and 3 months FREE). It only takes a couple of minutes to get started, so fill in your details, pay, and download the version suited for your device or system. After you install it, open the VPN, select a server from a location in your home area, and turn it on. Finally, access your streaming platform to watch Elizabeth: A Portrait in Part(s) online from anywhere after it premieres.

How to Watch Elizabeth: A Portrait in Parts Online in the US

Since this documentary is hosted by Showtime in the United States, and this means it will be available through Showtime on its own or through a live TV and streaming service. You can watch it online in several ways, so let's see what your options are.

The best and easiest way to watch it is by subscribing to Showtime on its website. The subscription price right now is $3.99 for the first four months and then $10.99 per month. Plus, you get a hefty 30-day free trial on Showtime and access to commercial-free on-demand movies and series such as Dexter and Billions, boxing, and live TV. You can also download full episodes and movies to watch offline. You can also log in to their website using your TV provider credentials.

Get commercial-free access to exclusive hit series, star-studded movies and more - there's something for every mood.

You can also go for the Paramount Plus and Showtime bundle with and without ads. The subscription includes a 1-week free trial, and the prices for this bundle start at $11.99 per month or $119.99 per year, depending on your choices.

Sling TV has Showtime as one of its numerous add-ons. This live TV and streaming platform's plans start at $35 per month, and you get a 50% discount for the first month at Sling TV. Right now, there's a 30-day free trial available for this add-on, so you can add it to your subscription for free for one month, then it's $10 per month.

You have the option of adding Showtime to your fuboTV subscription. This live TV and streaming service has several sports networks included and a 7-day free trial, and its plan prices start at $69.99 per month no matter whether you pick the monthly or quarterly plans. You also get a 7-day free trial for the Showtime add-on, and then it will cost $10.99 per month.

Other live TV and streaming services such as DirecTV Stream and YouTube TV offer Showtime as an add-on. On YouTube TV, the subscription fee is $54.99 for your first three months and $64.99 a month thereafter, and you can add Showtime as an add-on for $11 per month, and you get a 5-day free trial for both. DirecTV Stream plans start with a free trial from $54.99 per month for the first two months, then $69.99 per month, and this add-on is free for three months, then it costs $11 per month.

If you are traveling abroad, you will need a trustworthy VPN to watch Elizabeth: A Portrait in Part(s) online from anywhere since almost all streaming platforms are geo-blocked due to geo-restrictions. Just make sure you select a server from back home before accessing the streaming service. You can find more details in the segment above.

How to Watch Elizabeth: A Portrait in Parts Online in the UK, Canada, and Australia

Elizabeth: A Portrait in Part(s) will be available to stream on Amazon Prime Video from June 1, 2022, in several countries around the world, including the UK, Canada, and Australia. The Amazon Prime membership starts with a generous 30-day free trial, and you will be charged the Prime membership fee of £7.99 / CA $7.99 / AU $6.99 per month after that ends.

Keep in mind that Prime Video has slightly different libraries in each of the countries where it's available, and thus geo-restrictions apply. If you find that you cannot access this title while traveling abroad, we recommend you use a capable VPN in order to unblock the service.

Elizabeth: A Portrait in Parts Trailer