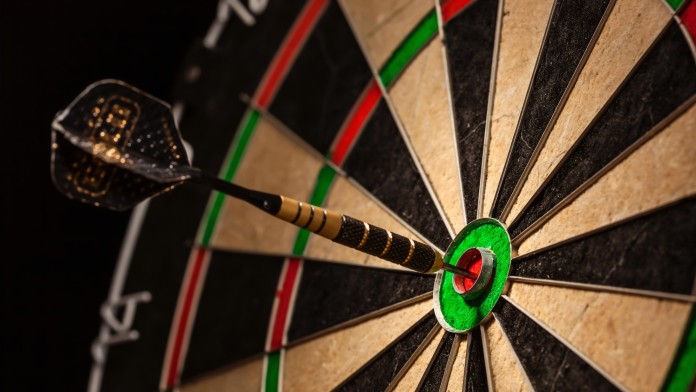 The 2022 Darts World Grand Prix is finally upon us, and we are looking forward to what should be a pulsating tournament featuring some of the biggest names in the sport. There is great excitement ahead of the 25th edition of the tournament, and it will certainly be interesting to see who comes out on top in this captivating tournament.

Darts is one of the most fascinating sports in the world, and it has a rabid following in many countries. The sport enjoys a cult-like status in the United Kingdom, and there will surely be plenty of interest in the Darts World Grand Prix.

With total prize money of £600,000 on offer (which is higher than in any other editions of the tournament) and the winner set to receive £120,000, there will be fierce competition in the bid to come out on top. Joining Jonny Clayton of Wales (defending champion) in the tournament will be 2020 champion and last year's runner-up Gerwyn Price. Peter Wright will also be in contention, with legendary Dutch superstar Michael van Gerwen aiming to win the Darts World Grand Prix for an incredible fifth time. Michael Smith, Gary Anderson, James Wade, and José de Sousa are among the other big names vying for the prestigious title. With such a packed field, it is anybody's guess who will come out on top in the end.

Darts fans worldwide can watch a live stream of the 2022 World Grand Prix. But the event may not be accessible for those traveling abroad or living in a region where broadcasting rights are unavailable. Worry not, though, because you can use a VPN to watch the Darts World Grand Prix 2022 live stream online from anywhere. A VPN will give you a virtual location, helping you bypass all the geo-restrictions and making it seem like you are watching the live stream from a different location than where you are.

We recommend ExpressVPN, which allows subscribers to choose between thousands of different virtual locations. It also works with most streaming services, including Netflix, Amazon Prime Video, and Paramount+. Plus, it is used by millions of people from all over the world every day. What's more, you can take advantage of tons of amazing offers, such as the no-questions-asked money-back guarantee, so go ahead and try ExpressVPN for 30 days RISK-FREE.

If you would like to subscribe to ExpressVPN (49% Discount + 3 Months FREE), simply head over to its website, fill out all the required details, select your subscription plan, pay the fee, and download the app on the device of your choice. Then select a VPN server from your home country, and turn on the streaming service with the broadcasting rights for the event in that specific region. You will discover that all the geo-restrictions have disappeared, making it possible for you to seamlessly catch a live stream of the 2022 Darts World Grand Prix.

How to Watch Darts World Grand Prix 2022 in the UK

Darts is an extremely popular sport in the United Kingdom, and hundreds of thousands of people follow it live thanks to its energetic atmosphere, quick pace, and exciting moments of action. Fans in the United Kingdom can easily watch the 2022 Darts World Grand Prix live on Sky Sports, with the Sky Sports Arena and Sky Sports Main Event TV channels set to broadcast the live action every evening.

You can also subscribe to the NOW streaming platform to watch the Darts event live, with a Sports subscription costing £25 a month for the first six months for new subscribers.

If you are traveling away from the United Kingdom, you will need a secure VPN to bypass the geo-restrictions and watch the darts tournament. In order to watch the Darts World Grand Prix on the go, simply follow all the instructions given above.

How to Watch Darts World Grand Prix 2022 in the US, Canada, and Australia

However, purchasing the annual or monthly pack will entitle you to many amazing benefits like analysis shows, archival footage of tournaments, and access to all darts tournaments and championships. Matches will take place in the afternoons for those in the US and Canada, while people in Australia will have to wake up early to catch all the live action.

For fans traveling away from the United States, Canada, and Australia, you can still watch the tournament on the go without cable by using a reliable VPN. Select a server from your home country, and you can easily watch a live stream of the 2022 Darts World Grand Prix.