How to Watch CSI: Vegas Season 2 Online From Anywhere 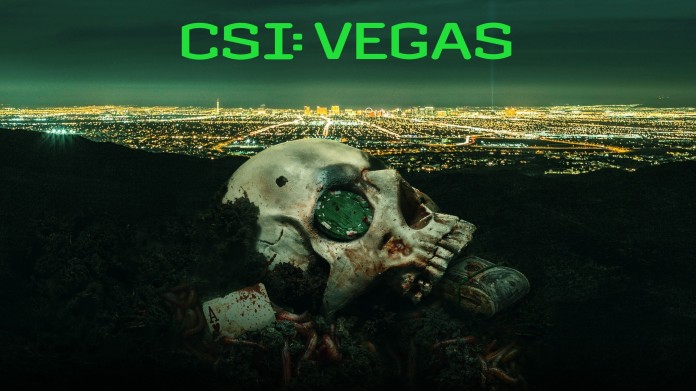 There is great excitement among CSI fans worldwide as CSI: Vegas Season 2 is finally set to premiere soon. After the success of season one, we cannot wait to see what is in store for the main characters in the new episodes. With a cast that includes some big stars and CSI veterans, this is one of the best shows on television today.

CSI: Vegas is an American crime drama television series that follows the stories of investigators who combine forces and use forensic techniques and look to solve crimes. It is the fifth series in the CSI franchise and is a sequel to the long-running CSI: Crime Scene Investigation, one of the most popular crime drama series in the United States. The first season featured many regulars from its prequel, but the second season is set to jump into new waters, with Jorja Fox and William Petersen not reprising their roles of Sara Sidle and Gil Grissom. There have been plenty of big cast changes, and it will be very exciting to see how these new actors will fit into the CSI universe. As always, expect lots of mystery, technology, science, and intriguing investigations of gruesome crimes.

The plot for the new season of CSI: Vegas has given a few glimpses of what fans can expect from the show in the coming episodes. With Sin City facing a new threat, the familiar and new faces at CSI will have to team up and use new forensic techniques to figure out how to catch notorious criminals.

CSI: Vegas Season 2 premieres on CBS on September 29, 2022, at 10 pm ET, and the sophomore season is expected to have at least 13 episodes. You can also stream the show on Paramount Plus.

How to Watch CSI: Vegas Season 2 Online From Anywhere

The CSI franchise is popular worldwide, and you can easily watch new episodes of the series online if you're in your home country and have a subscription to a live TV or streaming service that offers the show. However, due to geo-restrictions, you won't be able to access your streaming library while traveling abroad. Worry not, though, because you can use a VPN to watch CSI: Vegas Season 2 online. A VPN will give you a virtual IP address, making it appear that you are watching your favorite shows from home.

We highly recommend ExpressVPN, as it is the VPN of choice for millions of people worldwide, and you will find that it works with most streaming services like Netflix, Hulu, Paramount+, and more. You can choose from thousands of virtual servers on this reliable, secure, and fast VPN. Moreover, you can also take advantage of several amazing offers, such as its no-questions-asked money-back guarantee, so go ahead and try ExpressVPN for 30 days RISK-FREE.

If you want to subscribe to ExpressVPN (49% Discount + 3 Months FREE), just go to its website, set up your account, pay your subscription fee and download the app on your device or system. Then, you can set up the VPN and choose a server from your home country before turning on the streaming service. You will find that all the geo-restrictions have disappeared, and you can watch CSI: Vegas Season 2 online from anywhere.

How to Watch CSI: Vegas Season 2 in the US Without Cable

If you’re in the US, you can easily watch CSI: Vegas Season 2 on CBS, with episodes airing every Thursday from 10 pm ET. And if you want to watch the show on the go or want to cut the cord, you can do so by purchasing a subscription to Paramount+. You can choose from two plans: $4.99 per month (limited ads) or the Premium plan for $9.99 per month, and they both come with a 7-day free trial.

If you like having all your favorite shows and sporting events in one place, you can purchase a subscription to fuboTV, which has hundreds of dedicated channels. This service has three packs, and all include CBS, so you can easily watch every episode of CSI: Vegas Season 2. Prices start at $69.99 per month and include a 7-day free trial.

Hulu + Live TV is another great option for CSI: Vegas fans, as it has CBS as part of its pack. You will be able to watch all the amazing shows that are part of the CBS collection; plus, you can get Hulu + Live TV, Disney Plus, and ESPN+ for a combined fee of just $69.99 per month for a limited period.

YouTube TV also offers CBS and dozens of other premium channels, so you can easily watch CSI: Vegas Season 2 on this platform. A subscription costs $54.99 per month for 3 months, then $64.99 monthly.

Last but not least is DirecTV Stream, which offers CBS on all four of its plans. Prices start from $49.99 monthly for your first 2 months and $69.99 monthly after that, and you get access to several exciting offers on this streaming service.

You can also catch up on CSI: Vegas Season 1 for free on Pluto TV. New episodes from Season 2 will likely become available on the platform in the coming months.

If you are traveling away from the United States, you can watch your favorite TV shows by using a reliable VPN. Simply follow the instructions mentioned above to watch CSI: Vegas Season 2 while on the go.

How to Watch CSI: Vegas Season 2 in the UK, Canada, and Australia

There are plenty of CSI: Vegas fans living in the United Kingdom, Canada, and Australia, and the good news is that you can watch all episodes of CSI: Vegas Season 2 on Paramount+, as the service is now available in all three countries. A subscription to this streaming service will cost you £6.99 per month / CA $5.99 per month / AU $8.99 per month. New subscribers are also entitled to a 7-day free trial. A release date for the new season has not yet been announced in these countries, but the show will likely become available on Paramount+ after it airs in the US.

The first season of the show is also available on Sky Go and the NOW streaming platform for fans living in the United Kingdom. A subscription to the NOW service costs £9.99 per month with a 7-day free trial for new customers.

In Canada, CSI fans may also be able to watch the new season via Stack TV on Amazon Prime Video. The add-on costs $12.99 per month, and a Prime membership costs $9.99 monthly, and both come with a generous 30-day free trial.

If you are traveling abroad but still want to get your weekly fix of the latest episodes of season two of CSI: Vegas, you will need to use a capable VPN. Make sure to select a server from your home country to bypass all the geo-restrictions and watch the show online easily.